As part of pre-budget consultation meeting with leading economists, it was suggested that farmers should be given more remunerative prices for their produce keeping in view the target of maintain inflation between 4-6 per cent. 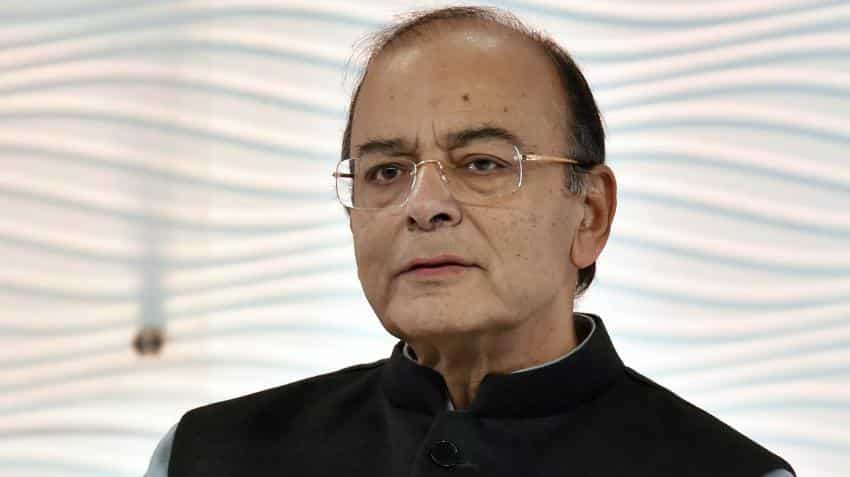 Jaitley said that the growth of second quarter of the current Fiscal marks the reversal of the declining trend of growth witnessed in the last few quarters. Image: PTI

As part of pre-budget consultation meeting with leading economists, Union Finance Minister Arun Jaitley on Monday said that despite subdued global economic growth, India’s growth remains impressive and one of the best in the world during the last three years.

India has recorded an average growth of 7.5% from 2014-15 to 2016-17, significantly higher as compared to the growth in the previous two years, said the Finance Minister, while making the opening remarks during his 5th pre-budget consultation meeting in New Delhi.

Jaitley said that the growth of second quarter of the current Financial Year 2017-18 marks the reversal of the declining trend of growth witnessed in the last few quarters. He further said that we are following the roadmap of fiscal consolidation under which the fiscal deficit as a ratio of GDP stood at 3.9% in 2015-16 and 3.5% in 2016-17 and is budgeted to be 3.2% for the current financial year 2017-18.

He said that we have been able to achieve these fiscal targets due to focus on expenditure rationalisation, plugging of loopholes in public expenditure through Direct Benefit Transfer Scheme (DBT) & the Public Financial Management System (PFMS), and  by making innovative revenue raising efforts among others.

A number of suggestions were given by the participating economists and other economic experts. Some of the major suggestions included that in the forthcoming Budget, the government should continue to follow the path of fiscal consolidation and in case, there is any shortfall due to any reasons in achieving the fiscal targets, the same thereof may be clarified.

Similarly, the road map for Tax Reforms may also be announced. It was also suggested that without compromising on macro-economic stability, more incentives be given on infrastructure investment as well as to SME and construction sectors to make them economically viable.

It was also suggested that farmers should be given more remunerative prices for their produce keeping in view the target of maintain inflation between 4-6 per cent.

Another suggestion was to give more thrust on disinvestment of Public Sector Units (PSUs) as it will provide extra revenue for bridging the fiscal gap and meeting the expenditure needs.

The FM was asked to raise old age pension from existing Rs 200 to Rs 500 and widow pension from Rs 300 to minimum Rs 500. He was also asked that Maternity Entitlement Benefits be fully implemented and be extended up to two children. Besides, the payment system for these Social Security Schemes also need to be streamlined.

It was also suggested that the Corporate Tax should be lowered up to 20% by removing all exemptions in order to make it competitive at international level.

Further suggestions like giving incentives to labour intensive industries including SMEs and informal and unorganised sectors; the Tax Administration need to be made more tax payers friendly; crop insurance scheme be relooked and be made more effective; besides it should cover not only the crop failure but also the price failure.

The FM was also asked to incentivize non-farming activities in the rural areas in order to achieve the goal of doubling of farmers’ income by 2022, as it will help in providing fruitful employment in rural areas besides raising the income of the farmers.

It was also suggested to bring more and more subsidies under Direct Benefit Transfer Scheme to avoid pilferage, implement labour reforms and government to fund the promotion of digital payments.