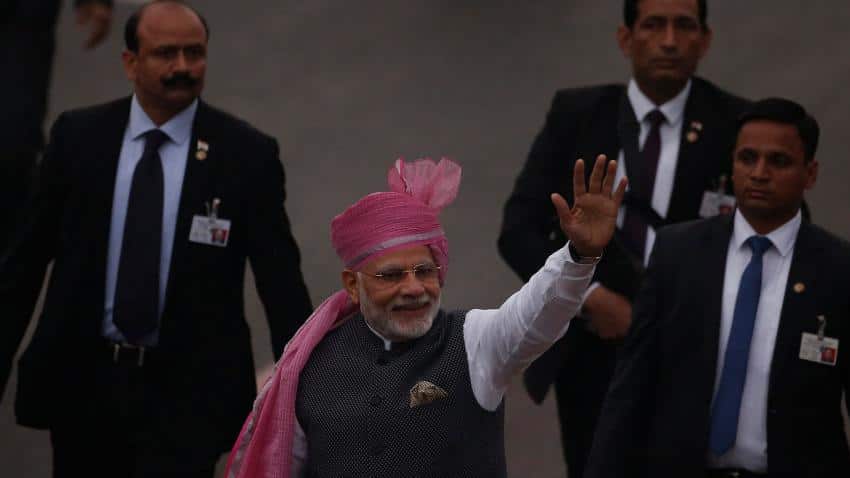 Jan Dhan, Aadhaar, Mobile have been in focus for a period of two years now and it was one of the central themes of last year’s economic survey.

Launched in August 2014, the Jan Dhan Yojana was labelled as the ‘biggest financial inclusion project in the world’ by the government. It aimed to open at least one account per household.

The survey also pointed out that from 150 million Jan Dhan accounts in March 2015 the number had risen to over 200 million by January 2016.

This means that in a matter of five months the government opened approximately 25 million accounts in the JDY scheme.

“Every beneficiary needs a bank account and the government needs their account numbers. This constraint has been significantly eased by the Pradhan Mantri Jan Dhan Yojana, under whose auspices nearly 120 million accounts were created in the last year alone— at a blistering, record-setting pace of over 3 lakh accounts per day,” the government said.

The whole point of this exercise the government said was to aid the Direct Benefit Transfer (DBT) scheme, launched in January 2013, which attempted to change the mechanism of transferring subsidies.

This program aimed to transfer subsidies directly to the people through their bank accounts.

“Beneficiary databases have existed for long before Aadhaar, but their accuracy and legitimacy have been hampered by the administrative and political discretion involved in granting identity proofs like BPL cards, driving licenses and voter IDs,” the government said.

Out of which 157.2 million accounts were opened using Aadhaar cards.

Building on the previous government’s push for Aadhaar cards the government said from 210 million in March 2015, the current government increased the number to reach 975 million in January last year, as over 4 million cards were issued per week.

However, with the widespread misuse of subsidy, as is the case of the liquefied petroleum gas subsidy, the government launched ‘Give it up’ initiative to push people who can afford it to voluntarily give up the subsidy.

The government was also mulling over the impacts of ‘BAPU’—Biometrically Authenticated Physical Uptake, wherein beneficiaries verify their identities through scanning their thumbprint on a POS machine while buying the subsidised product—say kerosene at the PDS shop.

In last year’s survey the government said that the BAPU scheme was being successfully implemented in Krishna district in Andhra Pradesh, with ‘significant leakage reductions.’

The recent decision of governments to demonetise higher denominations pushed the need for digital transactions and as on January 18, 212.7 million RuPay cards were activated.

There was a significant increase in the traffic on digital payment platforms like Paytm and Mobikwik which reported increased 700% within one week of PM Modi’s announcement.

The survey revealed that in Bihar (54%) and Assam (56%) mobile penetration was lower than 60%. Moreover, there were approximately 1.4 million agents or service posts to serve the approximately 1010 million mobile customers in India, a ratio of about 1:720.

“India should take advantage of its deep mobile penetration and agent networks by making greater use of mobile payments technology,” the government said.

Unified Payment Interface (UPI) and digital payments will continue to be focused on in the economic survey presented today.

In a concluding remark on the economic survey report the government said, “…the JAM agenda is currently jammed by the last-mile challenge of getting money from banks into beneficiaries’ hands, especially in rural India. The centre can invest in last-mile financial inclusion via further improving BC networks and promoting the spread of mobile money.”

World Soil Day 2022: Theme, significance, history and all you need to know