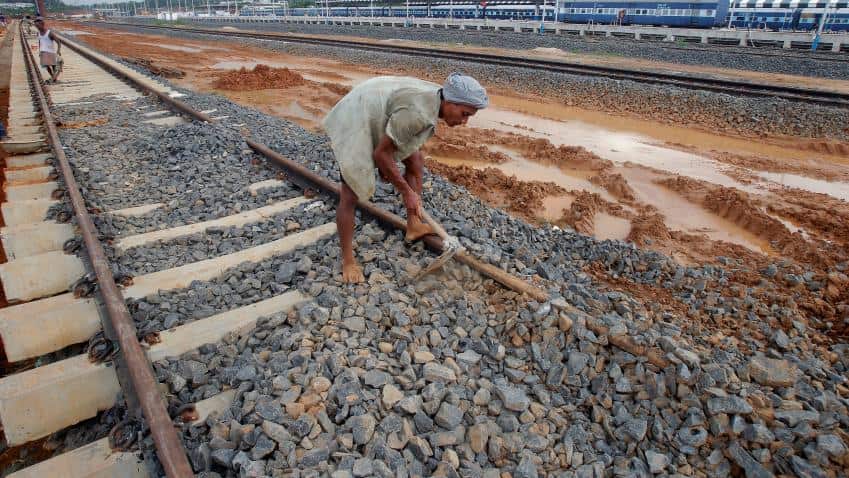 Given the current scenario, India Inc is pinning hopes on a growth-oriented Budget to unleash investments and set the pace for economic growth of 8% and above in the near future. Image Source: Reuters
Written By: PTI
RELATED NEWS

With India's GDP growth expected to slow down to 7.1% during 2016-17 from 7.6% in the previous fiscal, India Inc on Friday said further downward risks to growth prevail as demonetisation may pull down economic growth in the next one or two quarters.

India's gross domestic product (GDP) growth is expected to slow down to 7.1% in the current fiscal mainly due to slump in manufacturing, mining and construction activities in figures which do not take into account the possible impact of demonetisation.

Given the current scenario, India Inc is pinning hopes on a growth-oriented Budget to unleash investments and set the pace for economic growth of 8% and above in the near future.

Finance Minister Arun Jaitley will present the Budget for 2017-18 on February 1.

The industry said policymakers should take doable steps to revive fixed investments and production of capital goods which are falling continuously, and urged the government to unveil policy initiatives to unclog the cash flows in large projects.

The 'First Advance Estimates of National Income, 2016-17' released by the Central Statistics Organisation (CSO) do not reflect the impact of demonetisation, effective from November 9, 2016 because the estimates are based on sectoral data available till October.

"No doubt, the demonetisation drive is anticipated to result in a downward bias to GDP growth in the next one or two quarters, but this is likely to be a blip in the growth momentum as demand has only been deferred and will re-emerge once the situation becomes normal.

"As per the Advance Estimates, while there is an upsurge in the growth of public investment, this has yet to crowd in private investment which continues to be sluggish thereby stymying growth," CII Director General Chandrajit Banerjee said.

Industry body Assocham said further downward risks to growth still prevail in the form of continuous fall in fixed investments and index of industrial production, unsolved problem of bank non-performing assets (NPAs) in India, political risks in the euro area and the UK, emerging geo-political risks and the spectre of financial market volatility.

"In addition to this, rising crude oil prices will adversely affect the current account deficit (CAD) and exchange rate and unpredictability in the Indian economy due to recent policy stances and announcements on demonetisation and other related factors could adversely impact the GDP," it said.

The CSO projections on national income are in line with the Reserve Bank of India's (RBI) estimates, which too had lowered the GDP growth prospects to 7.1%.

"ICRA expects GDP and GVA growth for FY2017 at 6.8% and 6.6%, respectively, appreciably lower than the Advance Estimates.

"Given the unfolding trends, we expect actual FY2017 growth to be lower than the Advance Estimates for sub-sectors such as manufacturing, agriculture, electricity and construction," Aditi Nayar, Principal Economist at ICRA said.

"The data on gross fixed capital formation corroborates the weakness in investment activity. We hope that the recent cut in lending rates by banks and the impetus given to the housing sector will help in boosting the demand and investment scenario.

"We hope that this rate cut cycle will be carried forward to further accelerate the pace of growth. We also look forward to reduction in tax rates and further policy push to support demand and investment in the upcoming Budget," Ficci President Pankaj Patel said.