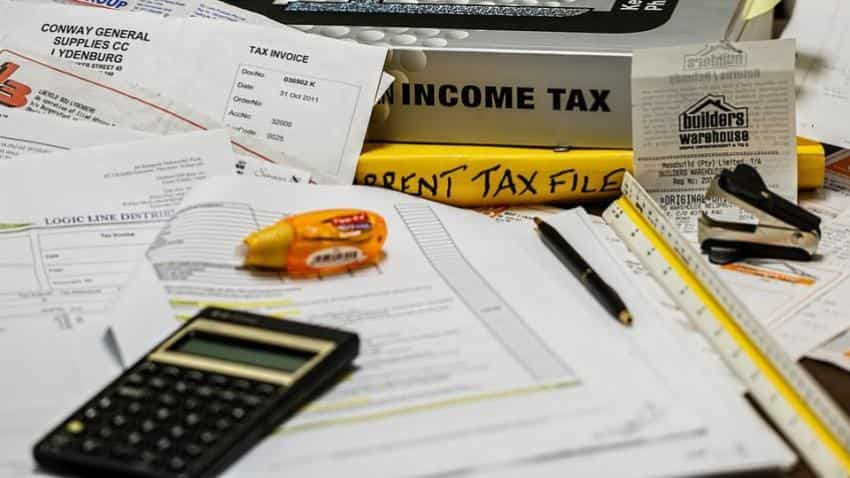 Notwithstanding the fact that the 2018 Union Budget would be wary of the general elections in the following year, the government would not like to turn overtly populist. Image source: Pixabay

On the former, we expect the Finance Minister Arun Jaitley to stick to the three per cent fiscal deficit target for FY19. While the government is widely expected to overshoot the FY18 target, the math still seems workable for maintaining next year’s mark. It’s pertinent to note that it would still be among the lowest deficit levels in last three decades.

On the latter, in what is a recurring pre-budget fear each year, there’s a possibility of the government maintaining status quo. But if it decides to address the issue, we hope it tries to revise and align taxes, not merely add yet another income source.

On the spending front, notwithstanding the fact that we are just 15 months away from general elections, we expect the finance minister to be categorically pragmatic, focused on asset creation and economy boosting spends like infrastructure and on rejecting wasteful expenditure. In this context, Prime Minister Narendra Modi’s recent media byte sounds reassuringly pro-reform, where he remarked that it’s a popular myth that the common man invariably expects freebies and sops from every budget. Among other things, this budget could include crucial measures to make Railways more self-sufficient, stressing on generating internal resources to fund its plans and priorities.

The government’s income projections have been consistently plausible in the past few years. This time we expect slightly more aggressive estimates, which the government would strive to meet through widening of tax base and imposing penalties on basis of demonetisation data and high disinvestment income. Overall, we expect a well-balanced Budget. We would also like to underline the fact that the Budget won’t be the sole platform for launching reforms and we could see a string of positive measures from the government during the course of the year.

Notwithstanding the fact that the 2018 Union Budget would be wary of the general elections in the following year, the government would not like to turn overtly populist, going by its resolve thus far and notwithstanding the spends in staple areas like public infrastructure, agriculture, affordable housing, and mass employment, especially immediately preceding the election year.

Direct taxation: The government would lower corporate tax rates, especially at a time when USA is about to opt for lower rates, which underlines the need to become more competitive in offering a conducive environment to best of breed companies to set up base in India. Also, the fact remains that we squarely depend on FDI flow to fund our current account deficit. On personal income tax rates, the government would provide relief to tax payers who had to face a difficult time during the demonetization disruption span. We can expect some extra benefit under Section 80C, apart from the raising of individual-specific tax slabs.

On its tax collection estimates, the government would prefer to be slightly more aggressive than before, but of course, without losing sight of the realism that they have maintained in their estimates till date. We could well see a higher tax income collection target, more so in the expectation of a windfall in the form of penalties post demonetization, with all the data mining in process and given the strong intent to widen the income tax base.

Capital Market taxation: In the run-up to every Union Budget announcement, fear of levy of long term capital gains tax (LTCG), GAAR, haunt the stock market. This year is no different, with fear of an end to the exemption of long term capital gains tax on equity investments. We reckon that the government will not like to dent the improving investor sentiment, where equity participation still remains low around 5-6% of the household savings. Having said that, it could change the long-term capital gain classification criteria from one year to two years. But in the same breath, the government must then have a serious relook at STT, abolish Dividend Distribution Tax (DDT) as also reduce GST rates on share transactions from 18 per cent to 12 per cent. We may also see plugging of some loopholes like bonus stripping.

Indirect taxation: Material action may not be seen since GST is now driving most of the government intent and rates are being reviewed in reactionary fashion - as and when the government feels rates need to be hiked or lowered on specific items. Customs duty may be tweaked though to benefit certain domestic industries.

We see little risk to indirect tax collection from spike in crude in last few months. Our internal assessment foresees no material rise in crude oil prices from hereon.  On the issue of fuel prices itself, the government may blend methanol with petrol to the extent of 15 per cent, to lower the incidence of fuel prices on the retail audience without having to materially cut taxation at their end. This blend of course, can be achieved outside the Budget too, and may not necessarily feature as a Budget measure. The larger point is that the government would continue to be upbeat about indirect tax collection this time round.

Fiscal deficit: Given the landmark disruptions of the year, as also the reigning corporate slowdown, we can expect FY18 to go slightly off-mark, with a slippage of 10-20 basis points. But in the larger context of what the government has achieved on the fiscal discipline front, we can easily condone the slippage. We expect the government to reiterate its commitment to fiscal consolidation by continuing to aim for 3 per cent target for FY19. This is because it would like to signal low interest rates to the market as well as live up to expectations of global rating agencies who upgraded India rating. Besides, the debt-to-GDP ratio at ~70% is on the higher side and State finances are stressed. So, there’s clearly a need for proactively ensuring discipline of the fisc.

It’s pertinent to note that the proposed recapitalization bonds would be below-the-line item with no impact on the fiscal deficit, except for the interest component, which is not significant in FY19.

Disinvestment programme: Apart from a push to increase non-tax revenue in the form of dividends to meet the deficit target, we expect a large disinvestment programme in FY19. Given that the government prodigiously met the target for this year, its resolve has been amply demonstrated, and hence we can expect a high figure for coming year as well. Our internal forecast is for 25% return for the Nifty and Sensex in 2018, so capital market will likely remain supportive to help government meet its target.

Expenditure: Save for arresting wasteful expenditure, it would be difficult to control total expenditure in a year before elections. Areas like infrastructure and affordable housing, health care, job creation and rural development would get attention. We even see a possibility of hike in minimum wages and farmer MSPs. Overall, the government will control spend on non-Plan expenditure (although it has done away with the distinction between Plan and non-Plan). It would focus on boosting economic activity while trying to minimize revenue expenditure.

Another way of saving expenditure will be to ask certain departments to increasingly fund their own capex. For instance, with Piyush Goyal at the helm (who was appreciated in his work as Power Minister), the railways may look to raise resources internally through prudent measures like sale & lease back of transmission lines and land bank monetization. So, the government can now afford to stick to last year’s railway allocations or probably allot a marginally higher sum to it.

The author is partner & and head of research at brokerage firm IIFL.

Disclaimer: The views and opinions expressed in this article are those of the authors and do not necessarily reflect the official policy or position of the website.