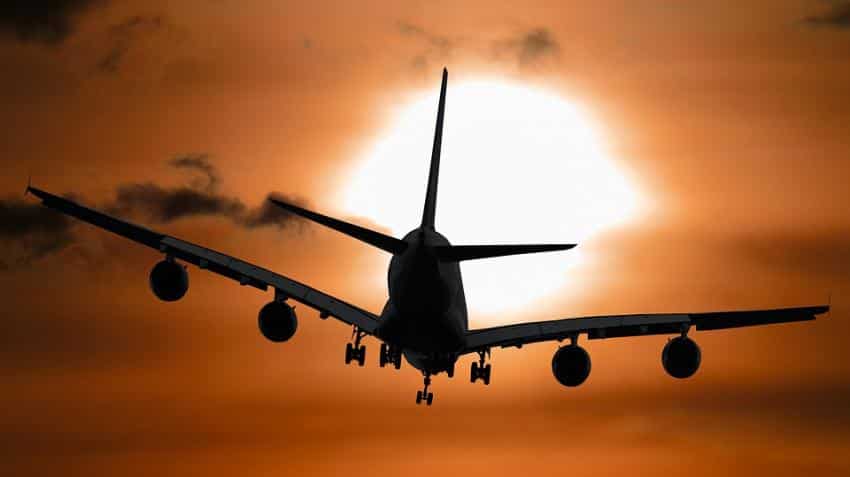 Under GST, air travel might become more expensive as a proposed rate of 18% against the existing 6% would be implemented. Image Source: Pixabay
RELATED NEWS

As the goods and service tax (GST) regime prepares to take off this year, the government has proposed a higher tax on airlines, which could prove to have a lot of turbulence in India’s journey.

“On the proposed GST bill, Indian carriers have raised concerns over ticket prices as well as the direct impact that will result in an increase in prices, which could make the environment unsound for various airlines,” Indiver Rastogi, President and Country Head of Corporate Travel, Thomas Cook (India) Ltd told Zeebiz.

Under GST, air travel might become more expensive as a proposed rate of 18% against the existing 6% would be implemented.

“Transition to the increased GST rate would be result into additional burden of around 12% on the cost of air travel. Higher ticket prices are expected to deter the economy class passengers to opt for the air travel,” Manek Narang, Assistant General Manager, CARE Ratings told Zeebiz.

Further adding to airline woes, Narang said, “It becomes more painful, as the ATF has been kept outside the ambit of GST and thus the taxes on ATF would not be allowed as an input credit against the GST on tickets.”

ATF contributes around 35-40% of the cost of the carriers.

“Our view is that this could have a negative impact on demand given the face that India is a price sensitive market and Indian travellers are ‘value conscious.’ The implementation of new developments as stated in the proposed GST bill will increase costs for aircraft & leases, spares and parts for repair and overall distribution costs,” Rastogi added.

Industry experts are expecting the budget FY18 to either have a lower tax regime for the sector or a compensation for non-availability of input credit.

Will airlines be so nice?

No airline would want to part with their market share so how would they stop such travesties?

“Considering the stiff competition among budget carriers, airlines may, in order to retain/ increase the market share, may possibly share the burden of increased cost (on account of higher GST rate). This may well, impact the margins and consequently the cash flows of such airlines,” Narang said.

On a side note to one of the questions asked by Zeebiz, Rakshit Desai, MD FCM, said that airlines will be put in a tight spot and may transfer most of the tax burden to its passengers.
“Airline tickets will be sold as much as the credit cards are willing to be swiped,” he added.

Despite GST, Desai said, “We expect that business travel spends in India will grow by 12% for the foreseeable future. There may be certain months wherein that have blips because of developments or incidents. Generally speaking we still expect that domestic growth rate will hold.”

Zeebiz did not receive any responses from the listed airlines and Singapore Airlines for this story.

“In the next 3 to 4 years, Indian carriers are set to considerably increase the number of aircrafts in their fleet. However should ticket prices rise as a result of GST, it could act as a deterrent to the growth plans of the airlines industry,” Rastogi added.

Clause for concessions will apply

In October last year, the government announced the Regional Connectivity Scheme (RCS), which was supposed to become effective by January 2017.

The RCS capped one hour flight travels, for stage length 476 – 500 km, at Rs 2,500, but raised the subsidy amount to be paid to regional airlines from the level proposed in a draft scheme.

RCS scheme stated that excise duty at the rate of 2% will be levied on ATF drawn by selected airline operators at RCS.

Even under GST, the Regional Connectivity Scheme said that rates will be applicable as determined under GST and exemptions or concessions shall be given as permissible so that such a reduced level of taxation could ideally be continued.

“Such reliefs given under the regional connectivity scheme are not likely to be impacted once the GST is implemented,” Narang added.