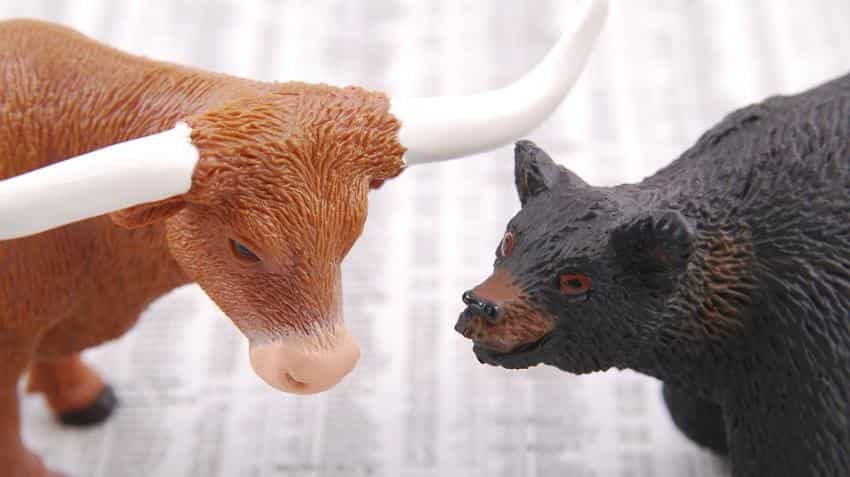 The S&P BSE Sensex cracked over 800 points to end at 35,066, while the broader Nifty50 slipped below its crucial 10,800 level. Image source: Pixabay
Written By: Aprajita Sharma
RELATED NEWS

Budget blues gripped the domestic market with the benchmark indices falling the most since August 2015.

Among the major reasons, the re-introduction of LTCG hurt investor sentiment the most, while the upcoming Reserve Bank of India (RBI)’s monetary policy due next week, where it is expected to hike rates, also caught attention.

“LTCG exemption was an attraction for new investors into equity/equity mutual funds and brought funds from other low paying avenues. Rising interest rates domestically and tax on LTCG could result in minor reversal of this trend,” said Dhiraj Relli, MD & CEO at HDFC Securities.

“Reaction of FPIs and the bond markets locally to the 3.3% fiscal deficit proposed in FY19 will be keenly watched in the background of rising rates abroad,” he added.

While the long-term capital gains (LTCG) tax has come with a grandfathering clause, investor sentiment has taken a hit as experts believe it is a retrograde step, and malign India’s image worldover making it one of the most-taxed countries.

They also say foreign investors will flock to countries like Singapore and Dubai, which do not tax long-term capital gains.

Govt has decided to impose 10 per cent tax on LTCG for equity and equity-oriented investments for amount exceeding capital gains of Rs 1 lakh. The tax will be applicable based on cost prices prevailing on 31st January 2018.

"It is easy to say hey, you made so much money, paying 10 per cent tax is not a big deal, but an equity investor operates around huge risks. Levying this tax seeing the last one-two years of gains in the market is unfair," said market expert Basant Maheshwari.

“The fiscal policy continued on the path of consolidation, albeit at a slower pace than the previous projected path. Importantly, the fiscal impulse (fiscal push to growth) is turning negative in FY19 from neutral in FY18. The fiscal math is broadly credible, although expectations of GST collections look optimistic (~25-30% growth),” said brokerage Edelweiss Securities in a Budget review note.

The measures taken in Budget 2018 such as higher spending and raise minimum support prices for crops may push the inflation higher, at a time when consumer price inflation has already hit a 17-month high of 5.21 per cent, well above the RBI’s target of 4 per cent. This would make them more cautious when it announces the monetary policy review on Wednesday next week.

"To RBI, economy was already under inflationary pressure. With this Budget, I believe it will certainly hike interest rates in its policy meeting," said Maheshwari.

World stocks were set to post their biggest weekly drop since late 2016 on Friday, as talk of central bank policy tightening and expectations of higher inflation boosted borrowing costs globally, a move that sparked a sell-off in shares.

The MSCI world equity index, which tracks shares in 47 countries, was down 0.3 per cent. The index was set to snap its longest winning streak since 1999 - 10 weeks of gains - and record its biggest weekly loss since November 2016, reported Reuters.

Asian shares stumbled, with Korean and Japanese benchmark indices falling 1.7 per cent and 0.9 per cent respectively.