It was suggested that there is need to start ‘Operation Veggies’ and focus should be given to TOP – Tomato, Onion and Potato as there is maximum volatility in their prices. 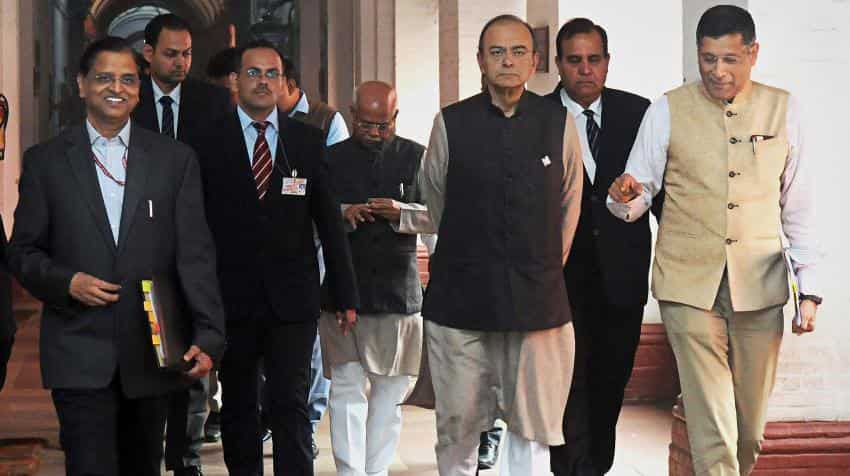 Jaitley stressed on the need to conserve water, incentivize agro processing and promote balanced use of fertilizers to ensure higher agriculture productivity.

In his opening remarks, the Finance Minister said, "in order to achieve the goal of doubling the farmer’s income by 2022, there is need for better storage and marketing facilities for the farmers’ produce so that they get better prices for their produce."

Many suggestions were received from the representatives of different agriculture groups. It was suggested that for decades, India has constantly pursued ‘Food Policy’ and Budget 2018-19 is an opportunity to shift to ‘Farmers’ Policy’. There is need to reduce pressure on the land by creating off-farm jobs.

To ensure the delivery of remunerative prices to farmers, the ‘Price Deficiency Payment Mechanism’ must be implemented immediately for those crops where procurement cannot be ensured.

Other suggestions included that the Centre should declare an ‘Agriculture Debt Relief Package’ for the entire country which is used with matching contributions from the state governments. It was suggested to double the number of farmers receiving loans upto Rs 2 lakhs at the interest rate of 1% only and link Aadhar to such loan accounts to avoid duplication and also greater emphasis on Agro Forestry for income generation.

Further, the government was asked to create a small group of 5-6 experts who can monitor on monthly basis the agriculture production data of different crops and global market conditions or to do advance planning rather than the government reacting suddenly to an adverse situation.

Besides, the meeting also talked about giving more focus on dairy, fruit and vegetable items which has potential to grow 3-4 times more and thereby can help in achieving the goal of doubling of the farmers’ income by 2022.

It was suggested that there is need to start ‘Operation Veggies’ and focus should be given to TOP – Tomato, Onion and Potato as there is maximum volatility in their prices.

Further, suggestions came to give more thrust to warehouses, cold storages at the local level and give boost to agro processing facilities in order to optimally manage the increased production of agriculture produce, especially of perishable items.

The FM was also asked to have an Integrated Transport System so that farmers can send/take their produce to the far off market places where they can get better prices of their produce and in turn, help in containing their prices. It was also suggested that on the lines of other subsidies, food and fertilizers subsidy should also be given through DBT mechanism to avoid pilferage.

The need to give more thrust on the adoption of new technologies in agriculture and encourage innovations and ‘Out of the Box Thinking’ to deal with the issue of food security and ecology at large was also disussed.

The government was asked to initiate schemes to promote mechanization of farming, agriculture universities to be made accountable for improving productivity and production in their hinterland and play pivotal in transferring knowledge from research lab to field among other.