Xiaomi has tied up with Cashify to launch its phone exchange programme and boost market presence in India. 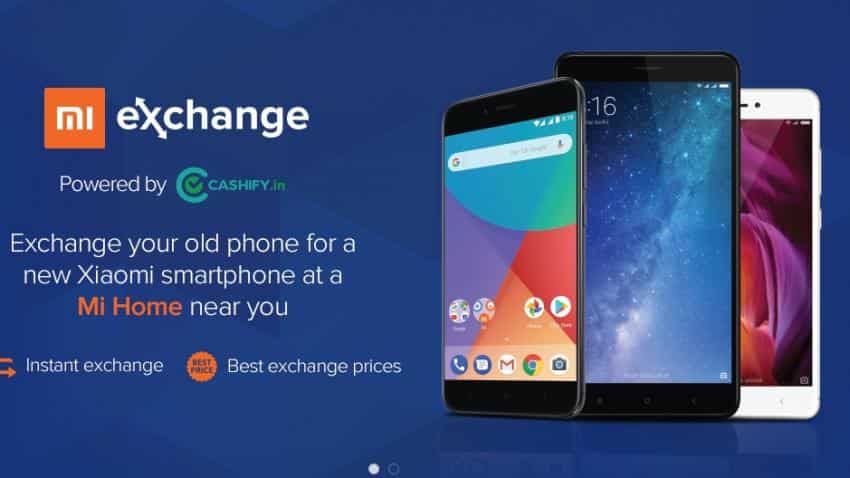 Customers will have to visit a Mi Home store to buy a new Xiaomi smartphone at a discounted price after they have exchanged their old phone. Image Source: Mi Official Website

Chinese smartphone company, Xiaomi on Tuesday launched its Mi Exchange programme in India. The company has partnered with online used gadgets marketplace, Cashify for this initiative.

Customers who sell their used smartphones on Cashify will be able to trade in the handsets for brand new Xiaomi smartphones.

Customers will have to visit a Mi Home store to buy a new Xiaomi smartphone at a discounted price after they have exchanged their old phone.

The Cashify team will determine the value of the old model and then propose a suitable amount that will be discounted for the new Xiaomi offering, a report by Gadgets 360 said.

It added that the resale value of the phone will be based on the Cashify app.

Interested customers can download the app and preview the amount which would potentially be received on exchange of the previous smartphone.

However valuation of old phones will be done based on condition and current market value.

Home pick up service of old phones is also available on Cashify. In this scenario customers will have to pay in full the price of the new Xiaomi smartphone and get money for exchange of old phones at a later stage from Cashify.

Xiaomi has been trying to focus on its offline channel along with online sale of its smartphones. The company was ranked as ‘fastest growing’ smartphone brand in the International Data Corporation’s (IDC) report last week.