The Chinese smartphone manufacturer Xiaomi is aggressively looking to extend its dominance in the Indian market. The company on Wednesday announced its 1000th Mi Store in India and now, aims to sell 50 percent of Xiaomi smartphones through offline market by the end of this year. 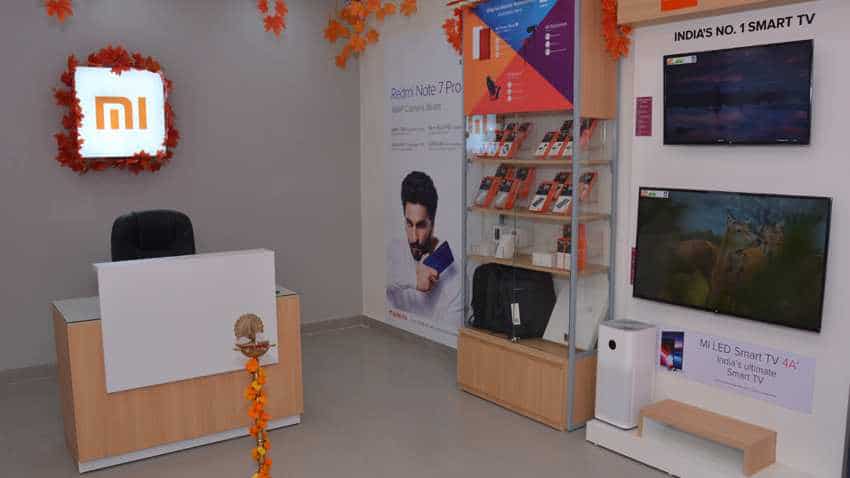 The Chinese smartphone manufacturer Xiaomi is aggressively looking to extend its dominance in the Indian market. The company on Wednesday announced its 1000th Mi Store in India and now, aims to sell 50 percent of Xiaomi smartphones through offline market by the end of this year. The 1000th store was opened in Rewari, Haryana and Xioami claimed that it has been able to generate employment for over 2000 people with the help of these stores so far. The company aims to expand its offline presence over the next few months and announced that it will open over 10,000 retail stores across its four offline channels in the nation by end of year 2019.

Xiaomi has recently achieved a Guinness World Record feat by opening over 500 Mi stores across India which is the highest number of retail stores in the world to be opened simultaneously at the exact same time. In less than six months, the brand has expanded its Mi store venture rapidly across rural markets, and stands testimony to its new retail business model. These stores are an extension of Xiaomi’s flagship Mi Homes to be found in tier 3 and below cities and towns across India, covering some of the most remote corners of the country.

The brand also announced the launch of Mi Studios, its latest addition to its new retail concept. Mi Studios will offer premium bran experience to consumers in 50 cities spanning across prime consumer markets in India in an optimized space. Located currently in Bangalore and Mumbai, with an average size of 400-600 sq.ft, the new Mi Studios are an optimized version of Mi Homes replicating the same Mi Home retail design and displaying modern minimalist interiors.

"We are delighted to be opening our 1000th Mi Store in India, and to be introducing the all-new Mi Studio initiative. While we are excited to celebrate yet another achievement, we are also truly humbled by the increasing rate of love and admiration Xiaomi has been receiving from our Mi Fans which definitely ties in with the consistent growth our brand outreach has achieved across the offline sector in India," he said.

Xiaomi has also asked all interested entrepreneurs to apply for a Mi Store via a simple online form on mi.com. The brand believes that this project will generate massive employment opportunities with over 15,000 jobs in these regions, thereby boosting immense economic output.