Xiaomi Smarter Living 2020: Biggest Mi TV ever, Mi Band 4 and more - Everything that could be launched tomorrow 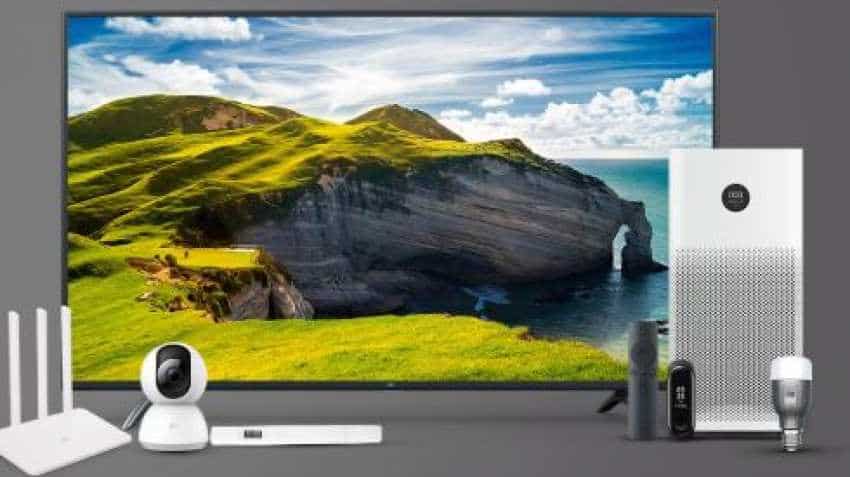 Xiaomi Smarter Living 2020: Xiaomi is set to launch its biggest smart TV ever - the Mi TV 65 inch 4K on September 17 (Tuesday). The new TV will be unveiled at Xiaomi Smarter Living 2020 event in Bengaluru along with several other products. The new TV has been teased on social media by the company. "In exactly 24 hours from now we will unveil our biggest and the best #MiTV yet. Not just that, there are more surprises in store for you," it said.

In another tweet, Xiaomi’s global VP and India MD, Manu Kumar Jain said that the company will be launching its biggest and best Mi TV model with a 4K panel in India. Though he did not reveal any of its features, specifications, pricing or any other details, all of these will be revealed at the ‘Smarter Living 2020′ event on Tuesday. Jain also said that if the post gets 65K retweets, he might consider unveiling the features before the launch event too.

The company has done amazing business in India with back to back new technological development, as according to International Data Corporation (IDC) report, Xiaomi is currently leading the smart TV industry in the Indian market. Xiaomi recently launched a full-screen Mi TV range and a 65-inch Mural TV in China, but they haven't been launched in the Indian market till date.

Mi fans, here's @manukumarjain about to unveil the biggest and the best #MiTV in India yet.

Want him to unveil it before the launch? RT and tell us why you ️ Mi TV with #MiTV and #SmarterLiving.

Meanwhile, now this is a clear hint that the company is all set to come up with its new Mi TV and it could possibly be the 65-inch model with Jain focusing on the number '65' in the video. However, presently the largest Mi TV offered in India is the 55-inch Mi TV 4 Pro and Mi TV 4X Pro, priced at Rs 47,999 and Rs 39,999 respectively.

Apart from the TV, Xiaomi is also expected to launch the new Mi Band 4 during the launch event under a price bracket of Rs 3,000 with advanced features and technical specifications than Mi Band 3. Also, the company may launch other products like air purifier, security system based on smart living range.