RedmiBook series will be unveiled on August 3 and Redmi will reveal some information about the laptop series on a daily basis until the launch day. 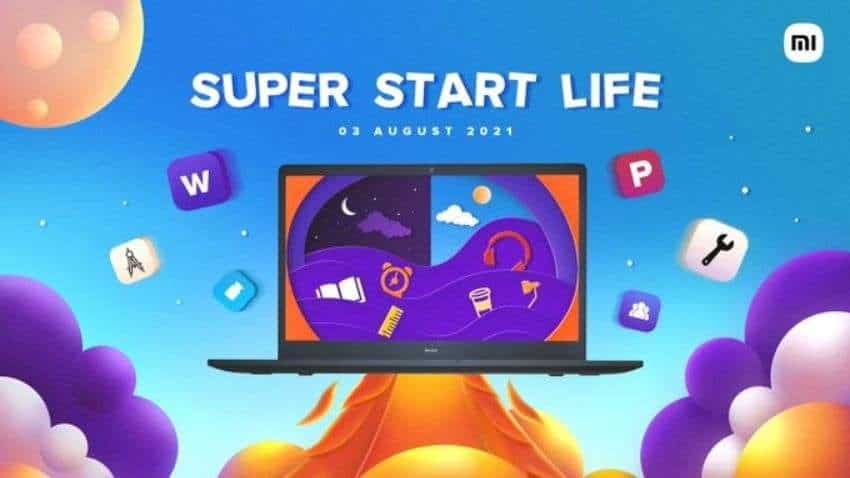 Xiaomi RedmiBook laptop launch: Good news! Redmi, the Xiaomi sub-brand has officially announced the launch date of its upcoming RedmiBook series laptops in India. In a bid to create space in the Indian laptop market, RedmiBook will be launched here on August 3, 2021, during an online event.

The company took to micro-blogging site Twitter and wrote: "So, folks in the laptop team have been up to some shenanigans. They have been working on a top-secret project and a couple of scenes have leaked! We think you'll love to see what these guys have been up to!."

The company is aiming to appeal to the affordable end of the laptop segment. The design and some colour options have been teased so far. The RedmiBook series will be unveiled on August 3 and Redmi will reveal some information about the laptop series on a daily basis until the launch day.

So far, the teaser has hinted at a familiar design we already saw with the affordable Mi Notebook 14 models last year. The laptops will feature a conventional display with webcam and fat bottom bezels. The company has also hinted at the colours.

On the other hand, Realme is also bringing its own laptops to the same space. Called the Realme Book, the teasers have so far revealed a compact and slim laptop with a 16:10 aspect ratio display. Realme was initially expected to launch it with Windows 10 as the operating system, although a recent teaser suggests the company could be waiting to release it with Windows 11 later in the year.