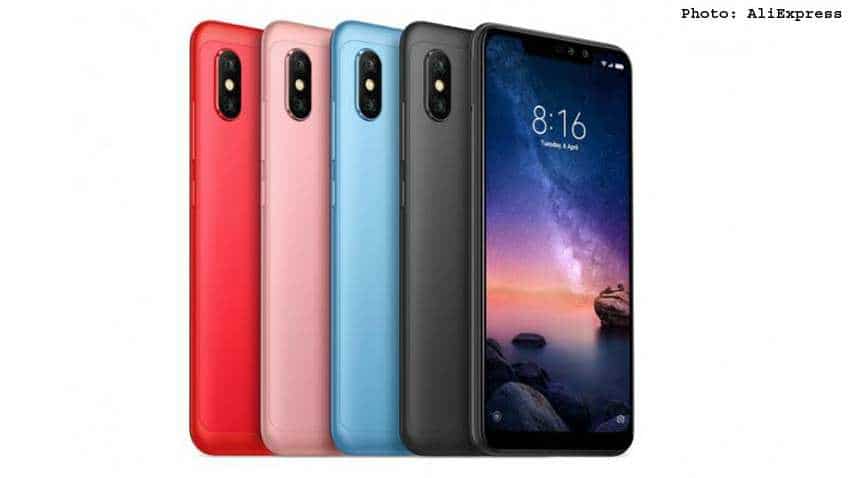 In a big slip-up, Xiaomi’s Redmi Note 6 Pro made it to the selling list of products at AliExpress even before the official launch. The website, however, has corrected its mistake, but by then it was too late. Recently, this smartphone's images have appeared through leaks and the AliExpress listing just added fuel to the fire.

The Redmi Note 6 Pro is the upgrade model of Redmi Note 6 series. The listing at the website has revealed the price, full specifications, and images of the device. It said the device supports over 70 languages indicating that the model was the global version. The device comes bundled with Google services and supports OTA updates.

Xiaomi Redmi Note 6 Pro: Price and Specifications as per the listing

The Redmi Note 6 Pro, listed on the AliExpress, features Qualcomm Snapdragon 636 chipset processor. This is in sharp contradiction of some reports that the device will have Snapdragon 660 chipset. The device has 32GB internal storage and bundled with 3GB RAM.

The Redmi Note 6 Pro runs Android Oreo 8.1 with MIUI 9 on top. It has a 4,000mAh battery and micro USB port charging. The device was listed at a retail price of $200 (Around Rs 14,500). The smartphone will come in three colour variants - black, blue, rose gold and red color.