Xiaomi launched the Redmi Note 4 in India on Thursday and it goes on sale today. 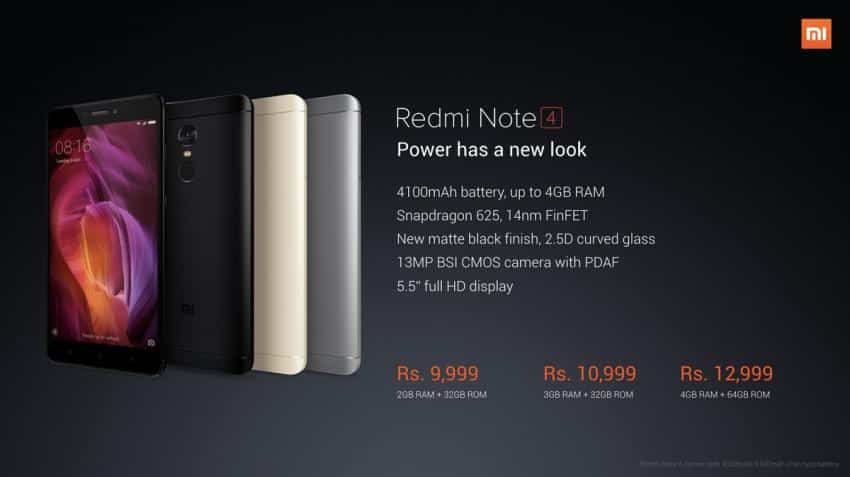 Xiaomi which launched the Redmi Note 4 in India on Thursday last week will go on sale on today at 12 noon. The smartphone will go on open sale with no registrations.

The Redmi Note 4 was launched at a priced from Rs 9,999 for the 2GB RAM and 32GB internal memory variant.

People can buy the smartphone through the sale by first putting their pincode. After this you can decide to buy with the f-code, which means logging into your Xiaomi account or through your Facebook account. You may have to create one if you done. However, there is also the option of buying without registering which opens in a few minutes at 12 noon.

While the smartphone will be available to users without the flash sale this time, despite this it is expected to go out of stock within seconds of the launch.

Xiaomi threw in a surprise saying that they are already running a special preview of Android 7.0 Nougat on the new smartphone. The Redmi Note which was launched last year in China was based on MIUI 8 which is based on Android 6.0 Marshmallow.

Some of the other specifications of the Redmi Note 4 includes a 5.5 inch full-HD curve glass display. The smartphone is powered by a deca-core MediaTek Helio X20 coupled with Mali-T880 MP4 GPU. It has a 13 megapixel rear camera and 5 megapixel front facing camera.