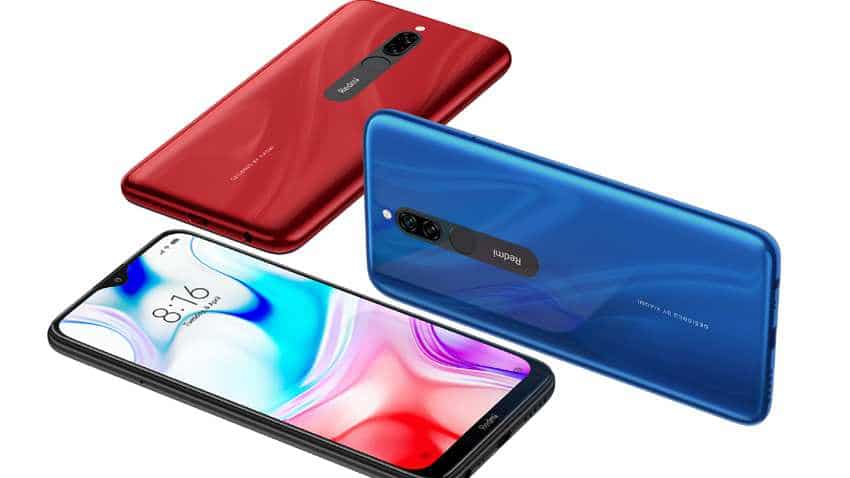 Xiaomi has launched its latest budget smartphone - Redmi 8 with dual rear camera setup, 5000 mAh battery and Qualcomm Snapdragon 439 processor - in India. The smartphone acts as a successor to this year's Redmi 7 and competes against Realme 5, Motorola Moto E6s, Vivo U10 and Infinix Hot 8, among other smartphones. It has a waterdrop-style display notch and features an all-new "Aura Mirror Design" at the back. The smartphone has been launched days after Xiaomi had unveiled Redmi 8A in the Indian market. The latter was priced at Rs 6,499.

Redmi 8 price in India and offers

The Redmi 8 comes in four colour options: Oynx Black, Ruby Red, Sapphire Blue, and Emerald Green. It has Corning Gorilla Glass 5 protection and will go on sale starting midnight on Saturday, October 12. The customers will be able to purchase the device through Mi.com, Mi Home stores, and Flipkart.

The Redmi 8 features a 6.22-inch HD+ Dot Notch display and is powered by octa-core Qualcomm Snapdragon 439 SoC. The storage on this phone can be expanded up to 512GB using microSD card. The smartphone features a 3.5mm headphone jack, and a USB Type-C port along with a fingerprint sensor at the back. The Redmi 8 packs a 5,000mAh battery which supports 18W fast charging. However, you get a 10W charger inside the box.

For optics, the Redmi 8 comes with a dual rear camera setup that includes a 12-megapixel Sony IMX363 primary sensor with an f/1.8 lens and a 2-megapixel depth sensor. For selfies, there is an 8-megapixel camera sensor at the front.