Xiaomi Redmi 6 Pro launch: Chinese smartphone maker Xiaomi has officially announced the launch of Redmi 6 Pro in China and is expected to go for sale from today. India launch still to be revealed. The smartphone comes with Snapdragon 625 SoC and this is also the first Redmi phone with a notch display. 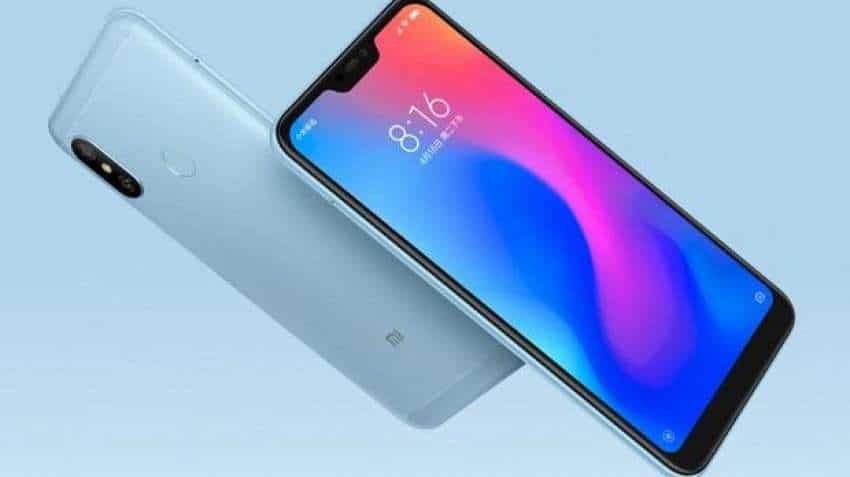 How to get Redmi 6, Redmi 6 Pro at discounted prices

The Redmi 6 Pro is essentially the Redmi S2 (Redmi Y2 in India) with metal body, bigger battery and a notch display. Also, the pricing of the Redmi 6 Pro is similar to the Redmi S2 in China. However, it is not confirmed when the company will launch the smartphone in India, reports Telecom Talk. It is speculated that Xiaomi will skip the launch of this smartphone in the near future, as it has recently launched the Redmi S2 and Redmi Y2 in India at a starting price of Rs 9,999.

Xiaomi Redmi 6 Pro also comes with 3GB/4GB of RAM and 32GB/64GB of internal storage options. There is also a dedicated microSD card slot as well for storage expansion up to 256GB. Xiaomi usually doesn’t release smartphones with triple card slot in China, but that has changed with the Redmi 6 Pro, the report stated.

Redmi 6 Pro has a 4000mAh battery, but still no fast charging support. In terms of camera the smartphone sports a 12MP primary shooter on the rear which works in tandem with a 5MP depth sensor. The camera app comes with features like AI Portrait mode, AI Beauty mode, EIS and more. Up front, the Redmi 6 Pro has a 5MP shooter.

There is a fingerprint scanner on the rear side, and the phone even offers Face Unlock functionality based on AI. The Redmi 6 Pro still runs on MIUI 9.5 based on Android 8.1 Oreo, which is disappointing as Xiaomi should’ve released the handset with MIUI 10, as per the report.

The other connectivity options in the Redmi 6 Pro include 4G LTE, VoLTE, Wi-Fi, Bluetooth, GPS and a micro USB port, still no USB Type-C port.

How to get Redmi 6, Redmi 6 Pro at discounted prices