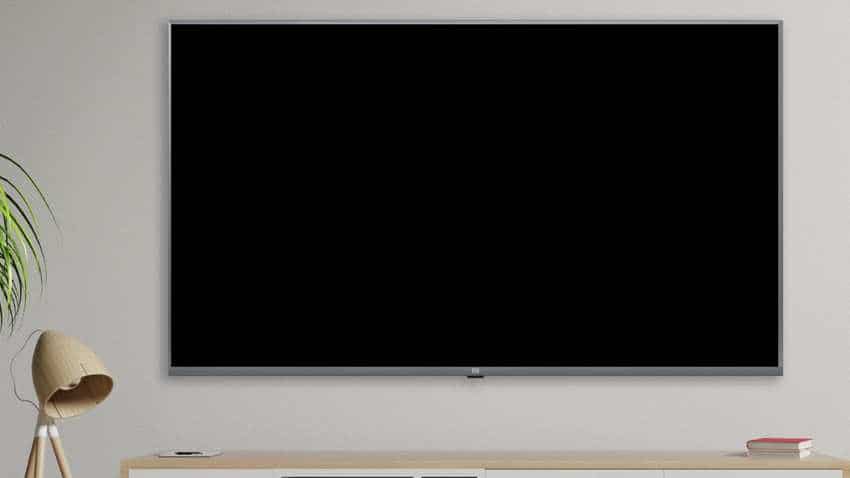 On the lines of all other existing Mi TVs, this one also comes with an AI-based voice control system. Source - Xiaomi.
Reported By: Hardik Bansal
Edited By: Manas Tiwari
RELATED NEWS

Xiaomi has launched its biggest smart TV, Mi TV 4X 65 in India on Tuesday afternoon. The new televison was launched at Xiaomi's Smarter Living 2020 event in Bengaluru. The company says that it is the biggest and best Mi TV offered in the Indian market yet, and sports a 4K LED panel. The company has previously launched 65-inch Mi TV in China and now expanded its television range to India as well. Priced at Rs 54,999, Mi TV 65 4X supports several smart apps. The company has also announced three more smart TVs in different sizes - 43 inch, 50 inch and 55 inch.

The #MiTV65 flaunts a premium metal design with an ultra-slim bezel measuring just 11mm. The ultra-thin bezel gives you a fully immersive viewing experience like never before.

The best deserves a premium design after all.
#SmarterLiving 2020. #MiTV pic.twitter.com/dnlnTTUjhM

On the lines of all other existing Mi TVs, this one also comes with an AI-based voice control system and features a very big screen and slim bezels. While on the hardware front, the 65-inch Mi TV sports a quad-core Cortex-A53 processor paired with 2GB of RAM and 16GB of internal storage.

The TV is priced at Rs 54,999 and will be available for sale from September 29 onwards on Flipkart. The 50 inch model has been priced at Rs 29,999, 43 inch model comes at Rs 24,999 while the 40 inch model would cost you Rs 17,999. All the models will go on sale on the same date as part of the Flipkart Big Billion Days sale. The 65-inch model outprices the latest smart TV launched by Motorola a day before. Motorola had priced its 65-inch model at Rs 64,999. 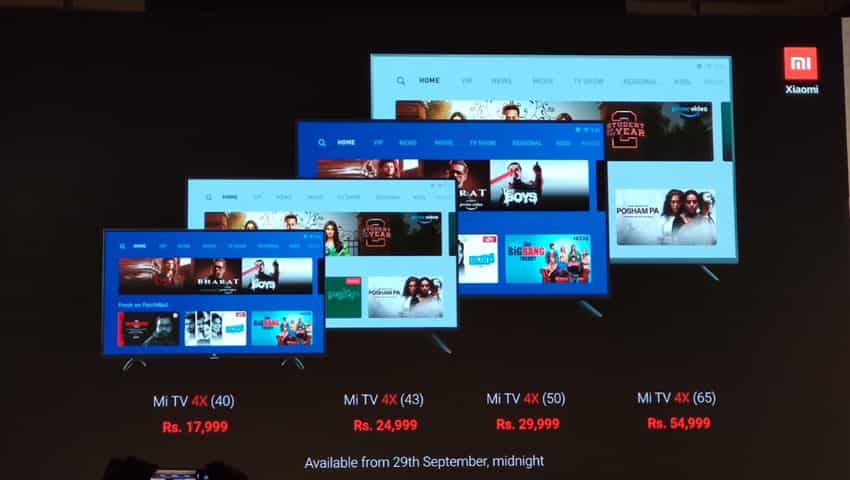 Speaking at the event, Xiaomi India chief Manu Kumar Jain said smart TVs have created a special space in Indian market. He said that Xiaomi started its journey in 2015 and has been able to sell 3 million TVs so far. "With each launch we have improved our quality of products keeping in mind the customers requirements," he said.

Other than Mi TV 65-inch, Xiaomi has also launched the long-awaited Mi Band 4 in India on September 17. While the company has also rolled out a new water purifier during the event.