Xiaomi hits out, says not okay with other smartphone makers tampering with benchmark ratings

Claiming that some of its competitors have tampered with benchmark ratings in the recent past, Xiaomi took a strong stand against the act on Thursday during a launch event. 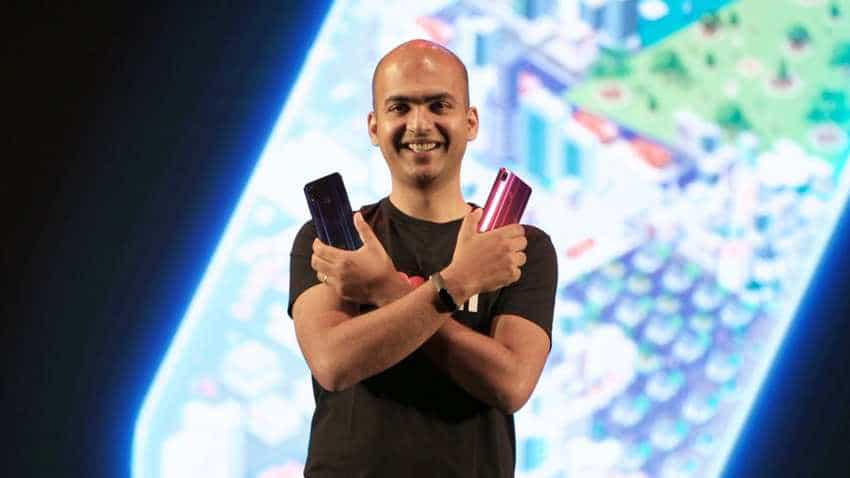 Xiaomi also claimed that some of its competitors were 'under-clocking' the same chipset that it was using on the Note 7 Pro. Source - Manu Jain/Twitter.
Written By: Manas Tiwari
RELATED NEWS

Claiming that some of its competitors have tampered with benchmark ratings in the recent past, Xiaomi took a strong stand against the act on Thursday during a launch event. Xiaomi's Global vice-president and Xiaomi India MD, Manu Kumar Jain said that the Chinese manufacturer is not okay with other smartphone manufacturers tampering with ratings. He said that people often ask for such incidents to be ignored. However, he said that this can't be done. "We are not okay with other smartphone manufacturers tampering with the ratings. People says chalta hai, hota aya hai...but, this isn't the case. We don't tamper with the ratings and we don't make false claims," he said.

Anuj Sharma, Head Of Marketing, Xiaomi India told Zee Business Online, in an exclusive conversation, that other smartphone manufacturers have been doing it for a while and Xiaomi finally decided to call them out and this happened during the launch of Redmi Note 7 Pro and Redmi Note 7 in New Delhi on Thursday. He said that unlike other brands, Xiaomi doesn't mislead its consumer in any way.

Mi fans, with the #RedmiNote7 you get a fully immersive experience with dot notch, 19.5:9 FHD+ display. Also packed in glass on both front and rear. By glass we mean @corning Gorilla Glass 5.
RT if you can’t wait to get your hands on #RedmiNote7 pic.twitter.com/QSECjPZsXR

"We are absolutely against doctoring any of these benchmarks. We are absolutely against hiding any specs that could change the buying decision of the consumer. In no case, do we mislead a particular consumer in any way. But, other brands are doing it. We have been thinking about it and today, we called it out. But, our stand will remain un-wavered. We are not just pricing our products honestly, but we believe in honesty across board - whether it comes to specs or how we communicate it to consumers," Anuj said.

Xiaomi also claimed that some of its competitors were 'under-clocking' the same chipset that it was using on the Note 7 Pro, which would result in customers not getting optimal performance from their devices. "We want to make it clear that we will not indulge in any such practice. We are stating the facts as they are. We are committed to quality, great technology at affordable prices," Raghu Reddy, Xiaomi India head (Category and online sales) said.

One of the most requested features, C-Type charging port is finally here. You heard that right #RedmiNote7Pro has it. Also has the headphone jack and IR Blaster. Of course, how can I miss Gorilla Glass 5
RT if you had a smile on your face! pic.twitter.com/7OM4bO9Dwz

The Note series has been the successful products for Xiaomi and has helped it lead the Indian smartphone market for the last few quarters. Anuj believes that the two new smartphones will help Xiaomi continue its dominance.

"I think we will continue to be the leaders. We had changed the Indian landscape with the launch of Redmi Note 3 in March 2014. We have not wavered, our ambition hasn't changed and Redmi Note 7, Note 7 Pro are the most aggressive Note devices that we have put out. So, we hope to maintain our lead over competitors, at least in this segment," he said.