Xiaomi 11T Pro set to launch in India on January 19: Here's all you need to know

The Chinese smartphone manufacturer Xiaomi is all set to launch its Xiaomi 11T Pro in India on January 19. 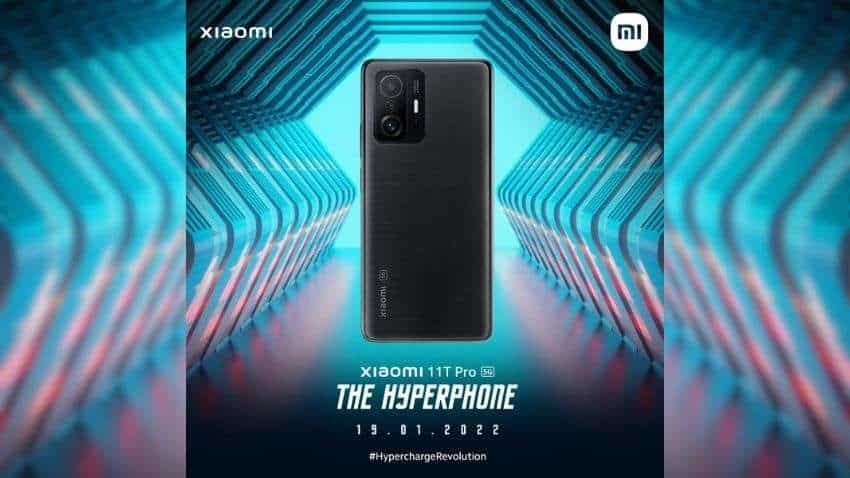 The Chinese smartphone manufacturer Xiaomi is all set to launch its Xiaomi 11T Pro in India on January 19.

Ahead of the official launch, an Amazon teaser has confirmed that the smartphone will be available for purchase in India from the Amazon India website.

Additionally, it will also be available at Mi.com and Mi Store.

The company has announced that the smartphone will come with support for 120W fast charging.

The smartphone brand recently took to micro-blogging platform Twitter and announced that it will launch Xiaomi 11T Pro Hyperphone in the country on 19th January 2022 during an online event.

Xiaomi teased that image of the Xiaomi 11T Pro Hyperphone with a caption on Twitter: "It takes a revolution to create a powerful smartphone like this. Introducing #TheHyperphone - Xiaomi 11T Pro. Experience the perfect amalgamation of Design & Power on 19.01.2022 The Revolution continues. #HyperchargeRevolution."

Xiaomi 11T Pro price in India is yet to be announced, though this phone was launched in Europe last year.

The Xiaomi 11T Pro European model features a 6.67-inch 10bit AMOLED display with a 120Hz refresh rate and is powered by an octa-core Qualcomm Snapdragon 888 SoC paired with up to 12GB of RAM.

Last week, Xiaomi indicated the launch of the Xiaomi 11T Pro 5G in India by showcasing a teaser featuring the title ‘Hyperphone' during the Livestream of the Xiaomi 11i HyperCharge 5G launch in the country.