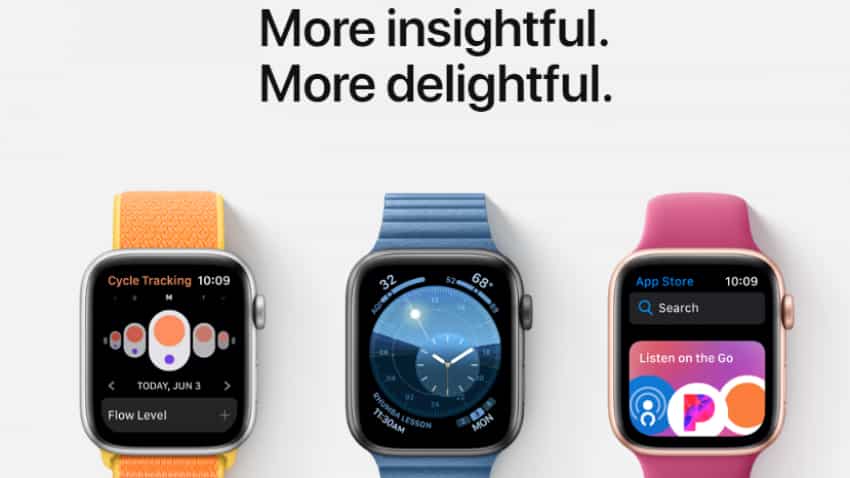 The watchOS 6 has enhanced its health attributes with daily metrics from the watch stored in the Activity app of the iPhone. Photo: Apple official Website

Apple enthusiasts, the wait is finally over as one of the biggest tech companies disclosed the new technologies and features for the users to exploit. In its annual Worldwide Developers Conference (WWDC) in San Jose, the multinational technology company Apple announced several new technologies and features. The Worldwide Developers Conference witnessed the prototype of iOS 13, dark mode and Apple iPhone XS to list a few. Additionally, Apple CEO Tim Cook unveiled the watchOS 6 and the TV OS 13, among other updates.

The latest watchOS 6 has incorporated several new features which gives the watch both smart as well as stylish outlook. The watchOS 6 comes with an enhanced SiRi with search results much faster and convenient. Further, one can also download several applications  with a touch on their wrist, with Animoji or Memoji stickers available for messaging applications.

The watchOS 6 has enhanced its health attributes with daily metrics from the watch stored in the Activity app of the iPhone. But the feature that garnered the maximum attention is the Cycle Tracking feature which will enable menstruating women keep a track of their cycle as well as overall health.

Apart from this, the watchOS 6 also comes Noise app, which enables the user to understand ones ambient noise and detects  the decibel level.

Meanwhile, the tvOS 13 features New Home screen which is far more engaging with apps now available in  full-screen video previews. Further the Multi-user support makes it easier to switch between applications. Adding to the list is that the tvOS 13 will also be compatible with Apple Music, Apple Arcade and Xbox and PlayStation game controllers. The new  tvOS 13 will also come with new screen savers 'Blue Planet' in collaboration with BBC Natural History Unit.