The OnePlus 5 was launch in India on Thursday and was priced starting from Rs 32,999. In terms of the specifications the OnePlus 3T is very similar to the newly launched smartphone. 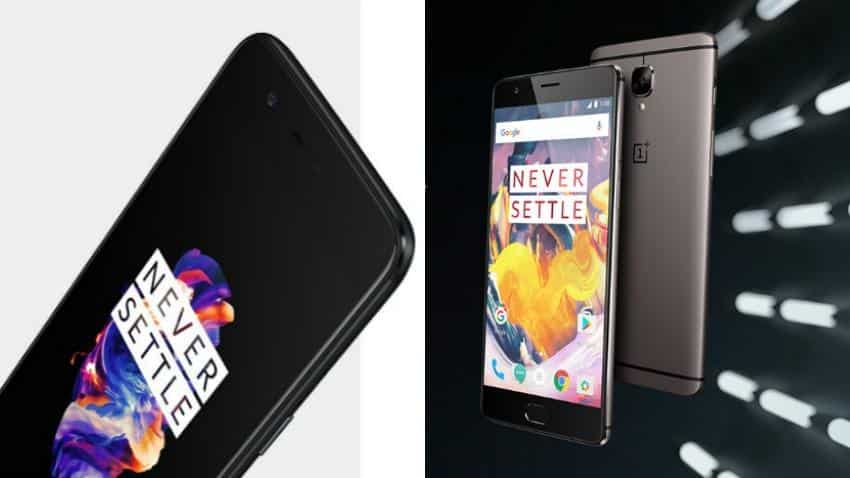 The smartphone is one of the most anticipated smartphones to launch during the year. However, in terms of the specifications, it is very much similar to the OnePlus 3T which was launched in India at the end of last year in December.

While the OnePlus 5 has a little edge over the OnePlus 3T in terms of its camera and the latest Snapdragon processor, in other specification it is very similar.

Besides this, the OnePlus 3T's price could reduce significantly in the next few months leading to the launch Apple iPhone 8 and Google's next Pixel smartphone. The company announced that it will continue selling the OnePlus 3T in India until the end of the year.

Besides the RAM and internal memory, the OnePlus 5 and the OnePlus 3T both come with the same display size of 5.5 inch full HD display.

OnePlus has done this in order to make the smartphone the slimmest flagship smartphone from the company.

The OnePlus 5, however, comes with the latest and fastest Qualcomm Snapdragon 835 SoC 2.45GHz processor. This same processor is available in the HTC U11 launched just recently.

The only clear thing that sets the two smartphones apart is the cameras. The OnePlus 5 comes with an impressive dual camera setup which has a 16-megapixel main camera which is a Sony IMX398 sensor with 1.12-micron pixels and an f/1.7 aperture and a 20-megapixel telephoto camera with Sony IMX350 sensor, 1-micron pixels and f/2.6 aperture.

As for the front camera, the OnePlus 5 has a 16-megapixel camera with a 1-micron pixel Sony IMX371 with an f/2/0 aperture and EIS.

The OnePlus 3T, on the other hand, has 16 megapixel rear as well as front selfie camera.

However, while the camera is the highlight of the OnePlus 5 and the company has pitted it to compete with the Apple iPhone 7 Plus, there are several reviews that see the OnePlus 5 not quite match up to the expectations.