WhatsApp trick: Images, Audio, Video eating up space on your phone? Here is how to save storage

While WhatsApp is primarily used to send text messages, it also allows you to share videos, images and audio files. Here is how to stop it from eating up space on your phone. 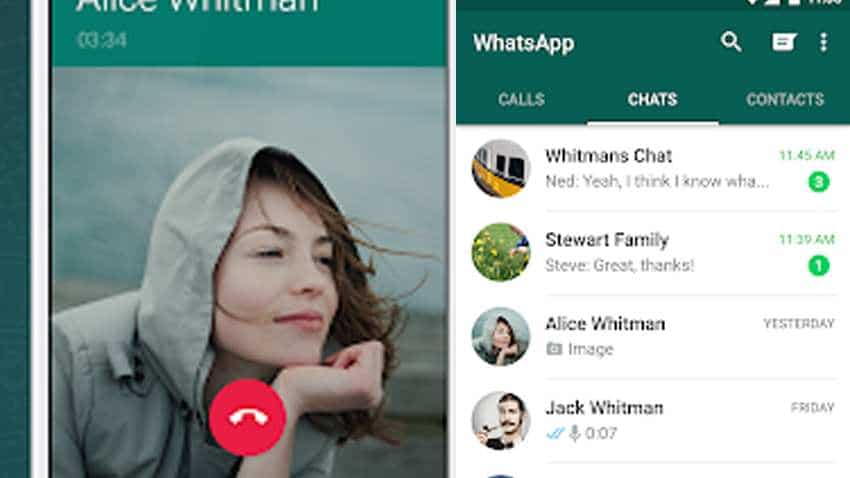 All you need to do is go to WhatsApp settings and make a few changes. Source - Reuters.
Written By: ZeeBiz WebTeam
RELATED NEWS

WhatsApp has undoubtedly become one of the most important apps for most users. In fact, it is probably the most used app on most of our smartphones. To make it even more irresistible, the instant messaging platform has been introducing a number of features lately to enhance user experience. While the app is primarily used to send text messages, it also allows you to share videos, images and audio files. The newly introduced picture-in-picture mode allows users to watch the video within the app, without having to download it. But, any other media file exchanged has to be downloaded to be accessed, eating up space on your phone.

This could annoy a lot of users, especially if you are using a smartphone that doesn't support a microSD card. But, there is trick that can save you from all the trouble. All you need to do is go to WhatsApp settings and make a few changes. This small trick can help you save storage on phone and improve its performance.

Here is how to stop WhatsApp from eating up space on your phone:

- Open the app and click on the three-dot icon on top if it.

- Look for the option that reads 'Media visibility'. Turn it off to save space on your phone.

In case you do not want to turn this option off for all the chats, you can also do it for selective chats. For this, follow these steps -

- Go to the chat window of the contact for which you want to turn off media visibility.

- Tap on the three dot icon and tap on 'View Contact'.

The instant messaging app is reportedly testing the 'Authentication' feature which would bar users from taking screenshots of their private conversations. The feature was spotted by WABetaInfo which said that before asking accessing into the app, the 'Authentication' feature would ask users to confirm their identities via their fingerprints. On enabling the feature, even after confirming their identities, users would not be able to take a screenshot of their chats.