WhatsApp Status to start showing ads in 2020: Here is why 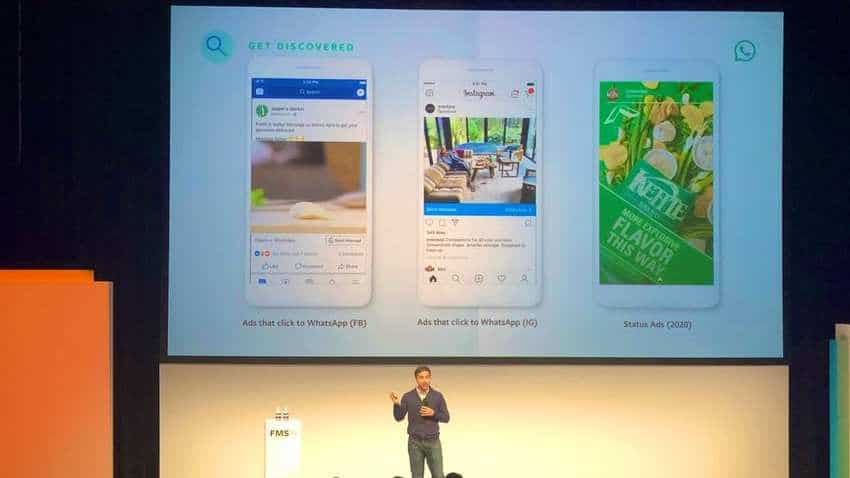 The instant messaging platform WhatsApp has confirmed that it will finally bring ads to the Status feature, starting next year. Currently, WhatsApp is a totally ad-free mobile messaging platform, something which would change next year. The launch date for WhatsApp Status ads was cofirmed at a Facebook Marketing Summit in the Netherlands. "WhatsApp will bring Stories Ads in its status product in 2020," tweeted Olivier Ponteville who attended the conference this week. The development was first reported in October last year when reports claimed that the Facebook-owned messaging app is planning to allow advertisements to be displayed in the 'Status' section of the app.

WhatsApp’s 'Status' feature allows users to share text, photos, videos and animated GIFs that disappear after 24 hours. "WhatsApp beta for Android 2.18.305: WhatsApp is implementing in this version ads for Status. They are not visible yet and the feature will be enabled in future," fan-site WABetaInfo that tests Whatsapp features early tweeted.

The advertisements would be powered by Facebook’s native advertising system and would be aimed at helping users understand and participate in businesses using the messaging app. Facebook CEO Mark Zuckerberg’s goal to monetise WhatsApp has forced the social media messaging service’s co-founders to leave the company.

One of them, Brian Acton, told Forbes recently that Zuckerberg was in a rush to make money from the messaging service and undermine elements of its encryption technology. “Targeted advertising is what makes me unhappy,” Acton said.

Matt Navarra, who is a social media consultant and commentator, revealed the new features that can be brought to WhatsApp soon. In a tweet, he said that the platform will soon have Richer messaging format options and the integration of WhatsApp product catalog with existing Facebook Business Manager catalog.

The richer messaging format means the WhatsApp messages would now include image and text along with PDF and text simultaneously in just one message. The other feature would allow businesses to add their product catalog directly into chats. This will be beneficial for businesses that don't have any website and can promote their products via WhatsApp.