After WhatsApp accounts of 121 Indians were compromised by the Israeli spyware Pegasus. 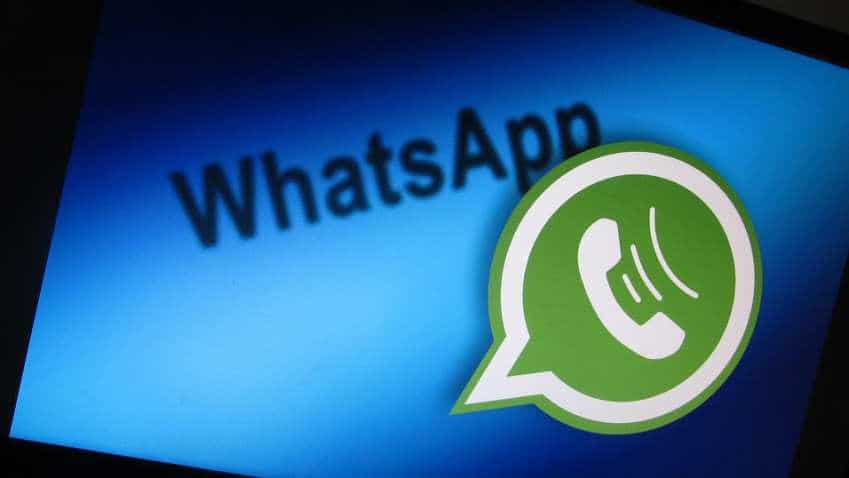 Experts have warned that the payment feature the Facebook-owned platform is planning to launch in India may put the digital banking system at risk. Photo: Reuters

After WhatsApp accounts of 121 Indians were compromised by the Israeli spyware Pegasus, experts have warned that the payment feature the Facebook-owned platform is planning to launch in India may put the digital banking system at risk.

"WhatsApp payment needs to be seen with microscopic eye, primarily because in payment you will be dealing with sensitive personal data and cyber security is going to be an essential building block component for WhatsApp to demonstrate its due diligence," Pavan Duggal, one of the nation`s top cyber law experts, told IANS.

The Ministry of Electronics and Information Technology (Meity) has already expressed dissatisfaction over the manner WhatsApp communicated about the compromised accounts.

The piece of NSO Group software called Pegasus allegedly exploited WhatsApp`s video calling system by installing the spyware via missed calls to snoop on 1,400 users globally. The devices were compromised with just a WhatsApp video call.

In May, WhatsApp, which has 400 million users in India, urged its 1.5 billion global users to upgrade the app after discovering the vulnerability.

"WhatsApp`s recent operations have shown that it`s difficult for the government to get information from it. WhatsApp is an intermediary under the Information Technology Act and is mandated to exercise due diligence under the law. But it has failed to do due diligence," Duggal said.

"You should not be in a hurry to grant new licences or permission to WhatsApp without being satisfied with its adherence to cyber-security norms, international best practices and Indian laws," he said.

The Facebook-owned company is learnt to have countered the government charge that it didn`t inform it about a privacy breach on the messaging platform. WhatsApp didn`t even comply with the data breach notification law in India, Duggal said.

"It (WhatsApp) didn`t follow reasonable security practices as mandated in Section 43A of the IT Act, 2000. In fact, it abetted the crime of un-authorised access too. Granting WhatsApp pay licence should be given a second thought by the Reserve Bank of India," said Prashant Mali, cyber lawyer at Bombay High Court.

In light of the recent hack, the government, the RBI and the National Payments Corporation of India (NPCI) is reportedly evaluating the risk of allowing social media apps into the digital payment ecosystem.

"With the government, the RBI and the NPCI planning to evaluate the risks involved in making payments via social media apps and services, the security of the UPI payment infrastructure on WhatsApp Pay has been rendered under a cloud of vulnerability," said Salman Waris, Managing Partner at TechLegis Advocates & Solicitors, a law firm.

The RBI revealed in an affidavit in the Supreme Court earlier that WhatsApp had not complied with the data localisation norms. In an April 2018 circular, the RBI stated that the data of payment banking system have to physically located in India.

"The history of WhatsApp has shown that it`s not cooperative with the government in sharing of information. If financial information is compromised, it will not only have an impact on users, but it can also have an impact on the sovereignty and security of India," Duggal said.

The government must go slow till the time WhatsApp demonstrated compliance to Indian law and showed that the platform was secure, he said.

"Because almost every phone user in India is on WhatsApp, it`s all the more important for the government and the RBI to ensure that WhatsApp not only complies with the parametres of cyber -sucurity and data localisation norms, but also the IT Act and the rules and regulations thereunder.

"If WhatsApp doesn`t comply with the data localisation norms, rules and regulations of the IT Act, then there is no question of granting new permission," Duggal said.