A unique challenger to WhatsApp has come up, though not in India. The new app named Moya Messenger, which has been introduced in South Africa, promises data-free messaging service. 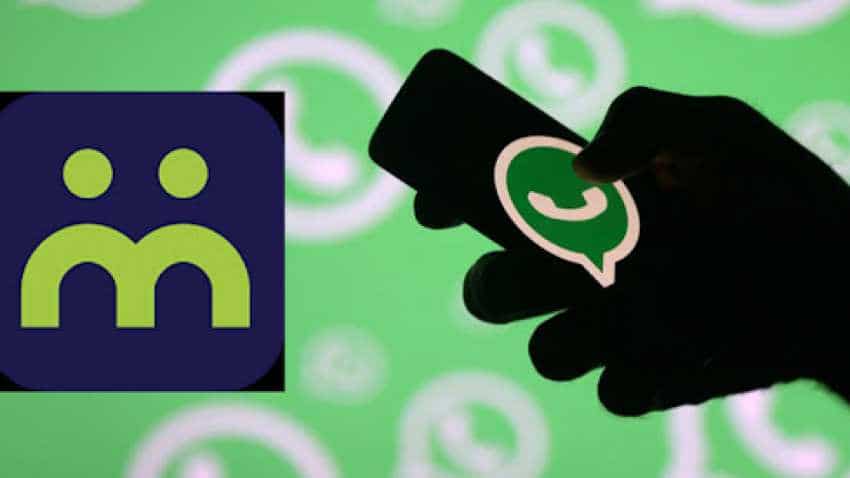 Moya Messenger has been developed by biNU, an Australian company that set up shop in South Africa in 2014. Image: Agencies
Written By: Rajeev Kumar

In the last few years, Facebook-owned WhatsApp has emerged as the number one choice of social media users when it comes to selecting a chatting app. It has left behind platforms like Mixit, Blackberry Messenger (BBM) and WeChat across the world. However, a unique challenger to WhatsApp has come up, though not in India.

The new app named Moya Messenger, which has been introduced in South Africa, promises data-free messaging service. On Google Play, Moya describes itself as "a world first #datafree messaging app" and says "No airtime? No Worries!" to users. Moya messenger allows users to send unlimited text messages for no data cost even when the user doesn't have any talktime or data balance.

ALSO READ | WhatsApp tricks: You may lose precious pics, videos, chats - Know how to save them on Google drive

-  Unlimited text messages, 100 percent data-free
- Data-free group chat
- Automatic end-to-end encryption of all messages.
- Message attachments are fully supported, but not data-free. The attachments fully supported include photos, videos, voice notes, documents etc. Before sending the attachment, the app warns the users that they need data.
- Automatically finds contacts who have Moya.
- The user is always logged in
- Messages saved when your phone is off.- No data charges for text messages when you use a Moya mobile network partner SIM. These are at present, MTN, Vodacom, Cell C or Telkom.

Moya Messenger has been developed by biNU, an Australian company that set up shop in South Africa in 2014.

To provide free messaging service, Moya has a "reverse billing" agreement with the mobile operators and its platform enables partners and customers to make their apps and websites data-free for end-users, according to iol.co.za.

Moya is a part of #DataFree initiative that offers a number of apps and sites, which people can use without using their mobile phone data. #DataFree says, advertisers pay for the data used by end-users. For this, "it has arrangements with South African mobile network operators ( MTN, Vodacom, Cell C and Telkom) so our advertisers can pay for the mobile data that you use."

Over 10,000 people have downloaded the app, which is available only for Android.

With data tariff high in South Africa, Moya has the potential of making its presence felt fast among the 18 million social media users of the country.