What makes Nokia 7 Plus unique? All you need to know

First unveiled at the Mobile World Congress 2018 in Barcelona in February 2018 was launched today in Delhi. The smartphone will be open for pre-booking on April 20 and goes on sale on April 30. It will be available on Amazon India 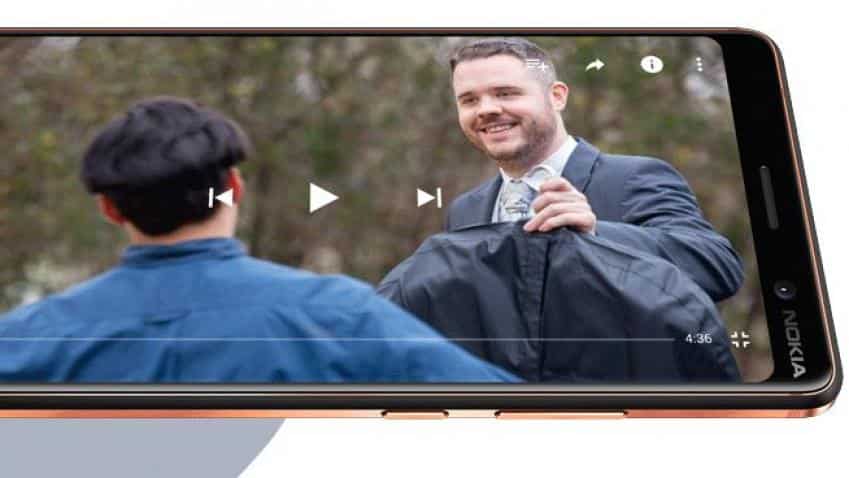 It is official. HMD Global, a Finish startup with rights to sell Nokia-branded mobile phones, today announced the launch of Nokia 7 Plus priced in India at Rs 25,999. First unveiled at the Mobile World Congress 2018 in Barcelona in February 2018 was launched today in Delhi. The smartphone will be open for pre-booking on April 20 and goes on sale on April 30. It will be available on Amazon India.  Nokia 7 Plus has some eye-catching features. The smartphone will be running a stock version of Google's Android mobile Operation System (OS), which will get regular updates.
It is a time to tell the smartphone buyers about certain features that may make them think about Nokia's latest addition in its quiver.

Built in aluminium, the smartphone carries a 6-inch IPS LCD Full HD+ display with a resolution of 2160×1080 pixels with Corning Gorilla Glass 3 protection and 18:9 aspect ratio.

Nokia 7 Plus is powered by an octa-core Qualcomm Snapdragon 660 processor coupled with 4GB RAM, 64 GB Storage, Android Orea and a 3800mAh battery.

The dual camera phone carries a 12MP primary snapper and a secondary 13MP camera with 2x optical zoom. Both the lenses use Carl Zeiss optics.

The phone is made for selfie-takers, as it features a 16-megapixel selfie camera with Carl Zeiss optics and 1080p video recording.

Nokia 7 Plus is a beautifully designed smartphone with aluminium body and it adopts the modern design language with thinner bezels.

The smartphone supports Bothie mode, in which a user can shoot with both the front and rear cameras.

The Nokia 7 Plus will be available in White Copper and Black Copper colours.

Alongside Nokia 7 Plus, HMD Global has also announced the launch of Nokia 6, and Nokia 8 Sirocco.