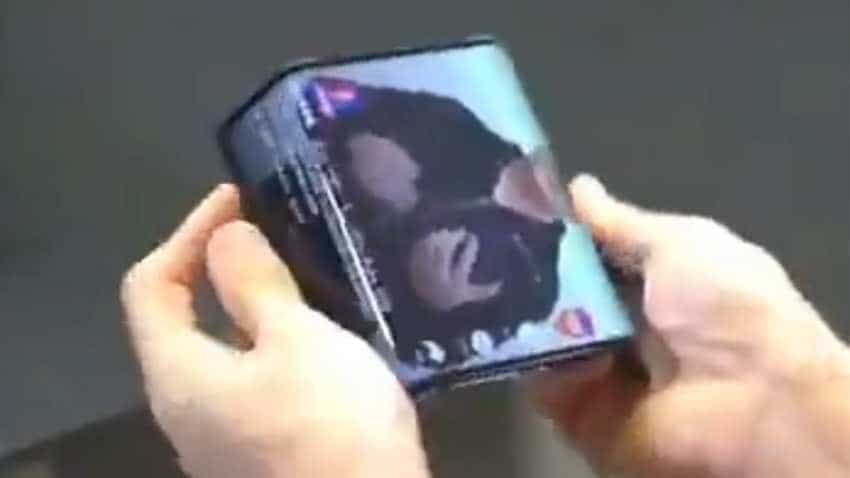 The foldable phone has a tablet-like screen that can be folded to form a smartphone. Source - Twitter.

Xiaomi folding phone: Xiaomi co-founder and president Lin Bin has confirmed that the Chinese smartphone manufacturer is working on a foldable smartphone. In a video posted on his Weibo account, Lin Bin gave the first glimpse of how Xiaomi's foldable smartphone may look like. The video showed a prototype of the smartphone which was called "world’s first double folding mobile phone" by Bin.  In this 51-second long video, Bin not just showed the prototype but also talked about the technical challenges to create a device with flexible folding screen technology, four-wheel drive folding shaft technology, flexible cover technology, and MIUI adaptation.

Since only a prototype of the smartphone has been prepared so far, it is unlikely to be launched anytime soon. The company is still undecided on what it would be calling the phone. According to Bin, Xiaomi has discussed Xiaomi Dual Flex and Xiaomi Mi Flex as two possible options.

Check out this special video from #Xiaomi President and Co-founder Bin Lin, showing off a very special phone prototype...

What does everyone think we should name this phone? #InnovationForEveryone pic.twitter.com/1lFj3nM7tD

The Samsung foldable smartphone would be called Galaxy F and will come with two batteries, totaling to 6000 mAh.