The South Korean smartphone manufacturer Samsung on Wednesday night unveiled its folding smartphone - the device which company expects will help it regain the innovation crown. 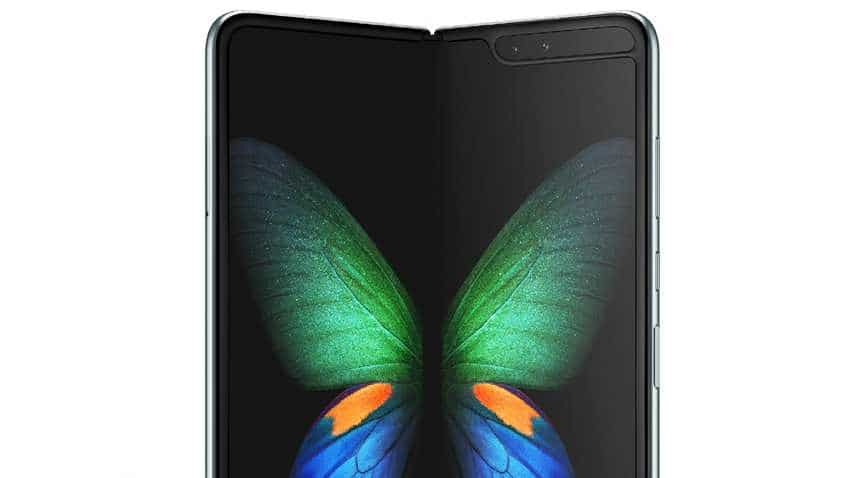 The South Korean smartphone manufacturer Samsung on Wednesday night unveiled its folding smartphone - the device which company expects will help it regain the innovation crown. Priced at nearly $2000, the smartphone is set to help Samsung top the technology of Apple Inc and Chinese rivals and reignite consumer interest amid slumping sales. The Galaxy Fold looks similar to a conventional smartphone but opens like a book to reveal a display the size of a small tablet at 7.3 inches (18.5 cm). DJ Koh, chief executive of Samsung Electronics, while speaking at the launch event in San Francisco, said that the device "answers sceptics who said that everything that could be done has been done." He added that the company is here to prove the critics wrong.

Samsung Galaxy Fold smartphone aims to take advantage of new and faster 5G mobile networks. It also challenges the notion of what a phone can cost, debuting at nearly twice the price of current top-of-the-line models from Apple and Samsung itself. With this device, Samsung offers two new eye-catching features - the big, bending screen and the first 5G connection in a premium phone. Both these features unlikely to be introduced by Apple before 2020.

Ten years after the first Galaxy, we didn’t just change the shape of the phone, we changed the shape of tomorrow. #GalaxyFold
Learn more: https://t.co/gYYGF4ZvdJ pic.twitter.com/C8s0Jxdhkz

Three cameras are on the back, one on the front and two inside. It will come with 12 gigabytes of RAM and batteries on each side of the foldable phone. It would transition between the display sizes, letting you pick up on the tablet where you left off on the smartphone. The company claimed that some popular apps like WhatsApp, Microsoft Office, and Facebook are among the apps that are optimised for the folding display.

The smartphone will be launched in two different variants: 4G LTE and 5G.

Even though Samsung remains the world`s largest smartphone maker with nearly a fifth of global unit sales, it underperformed a slumping market last year. Its Chinese rival Huawei gained market shared while Xiaomi Corp have also been increasing prices, left Samsung to defend its turf against upstart rivals in addition to its longtime foe Apple.

Apart from Galaxy Fold, Samsung also launched Galaxy S10, Galaxy S10+, and the Galaxy S10e at the Galaxy Unpacked 2019 event. The company said that it has sold 2 billion Galaxy phones so far and even showed  Galaxy S10 5G, a variant of the company's flagship smartphone that supports 5G. It will be launched later this year.