The Android O Public Beta OS is now available to download on Pixel and Nexus smartphones. We tried it on our Pixel XL and here are our first impressions. 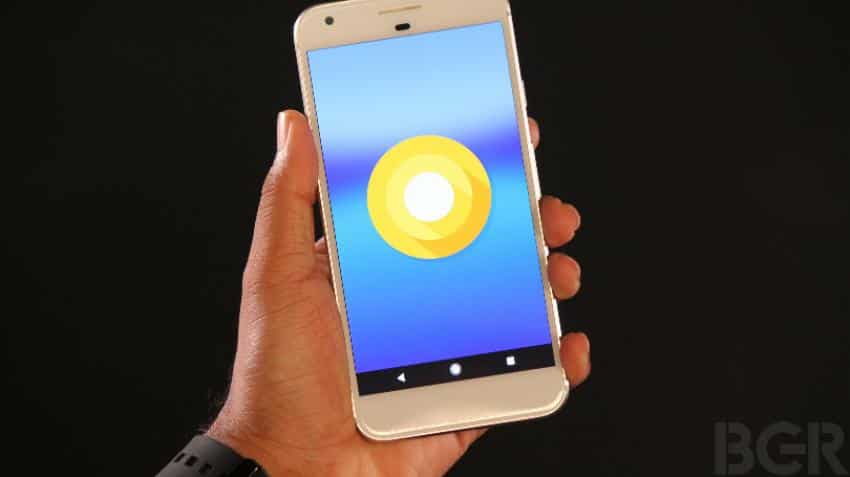 Whatsapp update: Will chat stop working on your smartphone? Check if your handset is on list

At the I/O 2017 developer conference earlier this month, Google announced the rollout of Android O Public Beta. It’s a pre-release version meant for developers so they can try out the features beforehand, and also optimize their apps before the final version is rolled out to the masses. The beta version is compatible with Nexus 5X, Nexus 6P, Google Pixel and Pixel XL smartphones. I installed the Android O Public Beta on the Pixel XL to try out new features.

Thanks to Google, the installation process is very simple. If you have a compatible smartphone, simply head over to android.com/beta, scroll down to ‘enroll device,’ accept terms and conditions and tap on Join Beta. Now, restart your device and head over to Settings, about phone and tap on system updates. Once the update is downloaded and installation is complete, simply tap on restart and your phone will reboot to Android O.

All the new features in Android O

Google has added some minor refinements to the interface along with a few tweaks. There isn’t any drastic change, but the new icons and fonts look more refined now. The Settings Menu on Android Nougat features a gray color scheme on top, white background and icon colors were florescent green.

In the case of Android O, you now have a white background, gray icons and fonts in black. The support tab on the top for phone and chat has now been removed. In fact, the support option is now a sub-menu, and it has been moved to the extreme bottom. Also, you no longer set separate Bluetooth or Wi-Fi settings, as they are now clubbed under one sub-section – Network settings.

Google has already mentioned that it has made some improvements in Android O to offer better battery life on your smartphone. At the same time, Google has also revamped the look of battery section under settings. It now shows you a big battery icon on the right, whereas the battery percentage and an estimated backup is on the left.

Next, you have power management section where you can toggle the battery saver mode, and the battery percentage. What’s more, Google has also moved the adaptive brightness and sleep settings under battery settings, instead of display settings.

Just below power management, you have the app usage statistics. You can tap on each app to reveal statistics about active and background usage since last charge, computed battery use and more.

Apple iPhone 6s / Plus and iPhone 7 / Plus feature 3D Touch feature, offering you quick app shortcuts. Google Pixel and Pixel XL bring the same feature and it is present since Android 7.1.1 Nougat. New addition that comes as a part of this feature is the ability to add app widgets by long pressing and holding on the app icon.

Another new addition is the notification dots. It does not work on all apps, but in my case, it worked on Facebook app, Facebook Messenger, Play Store and Gmail. It’s similar to app badges, but instead of showing a notification count, it just shows one dot to inform you about the pending notifications. You can press and hold on the app icon to view the notification, and also swipe to dismiss it.

Often times, when someone sends you a phone number via text message or email, you need to copy and paste it to dialer before making a call. But the new update makes it easier to call the number. The moment you select the number from a message, you will get the regular select all, copy and paste options, along with phone icon, tapping on which will open the dialer and the number will be pasted there to quickly let you dial.

It’s not just phone numbers, the feature works with email, allowing you to quickly compose a mail, and also with addresses, where you can open the location on Google Maps in one-tap. However, as of now, this feature only worked for me on Google Keep, but with the coming updates, I am hoping it should work across the OS.

Every time you want to sign into a new app, you are required to enter details such as username and password. Google is making the sign-in process easier with AutoFill feature. It works similar to how AutoFill works on Google Chrome browser.

Basically, it will fetch login details from your saved logins and passwords linked to your Google ID. Sadly, even after trying for a couple of times, it did not work for me. I tried it on Facebook, Twitter and Netflix, but no luck.

Picture-in-picture or PIP feature had been missing from Android, but now, it finally comes as a part of Android O update. It does not work with Android O Beta right away, but you’ll need a couple of tricks to get it working.

Currently, the feature only works with Google Chrome browser, YouTube and Google Duo app. However, more apps such as Netflix, Amazon Prime Video are expected to add support for the feature. With PIP activated, you can continue watching the video in a floating window, while using other apps. To close the PIP window, you’ll have to drag it down to the bottom. One thing I didn’t like about the feature is that you don’t get to resize the window, which is a bummer.

Other features include background limits to ensure lower data consumption and better battery life, notification channels, high-quality audio, adaptive icons and more. I will be testing it thoroughly and will come up with more features, tips and tricks and how-tos related to Android O. Till then, stay tuned.

The article first appeared on BGR.in and can be accessed here.

Whatsapp update: Will chat stop working on your smartphone? Check if your handset is on list