Walmart to exit Flipkart? How this new policy may have hit e-commerce in India - from largest investment, to thoughts of sad exit

Walmart-Flipkart deal which took place last year, is already in the news for all the wrong reasons. Check out the reasons why and why it may shock investors and others too. 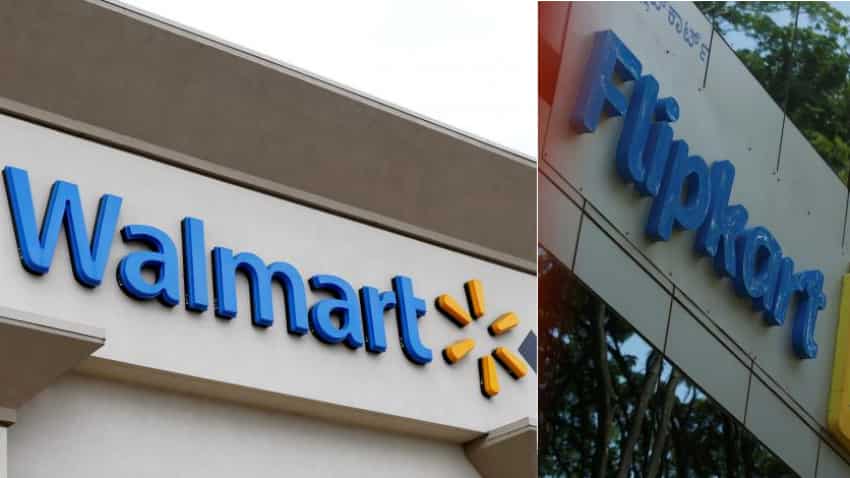 It needs to be noted that, it is not Flipkart alone that is affected, in fact Amazon faces similar hurdles with new policy in place. Photo: Reuters

The Walmart-Flipkart union gave India its largest mergers and acquisition deal and yet it now seems it has already hit a wall. We are talking about Walmart’s entry in Indian e-commerce industry with the acquisition of the country’s largest online shopping portal Flipkart. This deal that took place last year now has generated all the wrong headlines. The reason could well be government’s new FDI policy on e-commerce, which is set to hit both Flipkart and Walmart. The US-based offline retail channel was looking to strengthen its foothold in India, and Flipkart was its major gateway for e-commerce. The intent was to take on its biggest rival Jeff Bezos led Amazon. It needs to be noted that, it is not Flipkart alone that is affected, in fact Amazon faces similar hurdles with new policy in place.

In its note Assessing Flipkart Risk to Walmart EPS, Morgan Stanley stated that and exit by Walmart is not completely out of the question after the Indian ecommerce market turned more complicated, reported by Economic Times.

Explaining further, Morgan Stanley said that there is a precedent for an exit, considering  Amazon retreated from China in late 2017 after seeing that the model no longer worked for it.

In Morgan’s view, post new FDI policy, Flipkart will have to cut 25% of its product base from its site. If this takes place, it would be smartphones and electronics that will suffer the most due to necessary changes to supply chains and existing exclusivity deals.

With this, Morgan expects Flipkart to face top-line pressure in their earnings, because 50% of the online service provider’s revenue is generated from smartphone and electronics category.

Earlier Walmart spokesperson had spoken to Zee Business on the 100% FDI policy. The spokesperson had said, “In line with Government’s FDI policy which allows 100% FDI under automatic route in Marketplace ecommerce model, our partnership with Flipkart will provide thousands of local suppliers and manufacturers access consumers through the marketplace model. This partnership will support SME suppliers, farmers in the country to get access to the market through this platform and boost local manufacturing in India.”

“We believe the combined capabilities of Flipkart and Walmart will create India’s leading e-commerce platform. This will benefit India by providing quality, affordable goods for customers, while creating new skilled jobs and fresh opportunities for small suppliers, farmers, and women entrepreneurs,” the spokesperson added.

Well whether, Walmart actually exit Flipkart or opts to fight it out, considering that Amazon is facing a similar situation tough situation in India, will surely be keenly watched. However, one should not expect any hasty decision to be taken anytime soon, considering the market presence of Flipkart and Walmart’s vision in Indian e-commerce industry.

But this does brings us to understand how the new FDI policy effects Walmart - Flipkart.

Firstly, India defines the 100% FDI model of e-commerce as a tech platform which connects both buyers and sellers. The problem for Flipkart and Amazon is the inventory-driven models. To your notice, both Walmart and Amazon use their major inventory from their home country US, and they sell directly to retail customers.

Now the Indian government’s restriction focuses on protecting India’s unorganized retail sector who currently due to Amazon and Flipkart, do not have the privilege to purchase in scale and offer hefty discounts.

With this, the government wants Flipkart and Amazon to only operate their marketplace model in India. The existing FDI policy asks e-commerce entities to not exercise ownership over the goods which are sold on their shopping portal. Notably, both Amazon and Flipkart have their own wholesale unit in India, where bulk goods are sold to vendors on their platform and the vendors in return sell it to end customers.

According to a Reuters report, both Amazon and Flipkart developed complicated seller structures that helped them comply with the inventory control rule while exercising some level of control over inventory.Traders and small online sellers have accused Amazon and Flipkart of violating the spirit of the law and of using the structures to offer deep discounts, accusations they deny.

Thereby, the new FDI rule states that, if a vendor makes over 25% of inventory from the marketplace or group firms, then that inventory of a seller and vendor will be controlled by marketplace. This will not allow sellers on Flipkart and Amazon, to make bulk purchases from their wholesale units.

Hence, the rule demands that, an e-commerce firm cannot allow one vendor’s retail sales to overshoot 25% of overall sales of the marketplace in terms of value in a financial year.

Such places a bar or boundary for Amazon and Flipkart from selling heavily on their platform. Thereby, such comes as a cause of concern for Walmart who recently purchased Flipkart.