To continue being in the race, Vodafone and Bharti Airtel have revised their Rs 169 prepaid recharges. 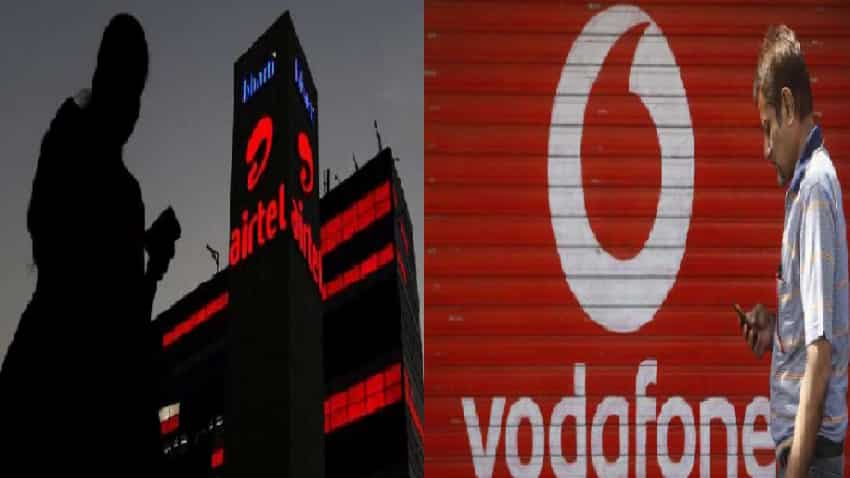 Vodafone Idea and Bharti Airtel had to make amendments in their prepaid recharges, with the objective to attract more subscribers and also to retain the ones they already have. Photo: Reuters
Written By: ZeeBiz WebTeam
RELATED NEWS

Reliance Jio remains the undefeated contender in the telecom industry for providing its subscribers fast 4G network data, with unlimited talk time and SMSes. To add more to the pile, Reliance Jio also throws in its complimentary subscription to its Jio Apps.
To continue being in the race, Vodafone Idea and Bharti Airtel have revised their Rs 169 prepaid recharges. Earlier, both Bharti Airtel and Vodafone Idea, in their Rs 169 plans, offered only 1GB data for an entire month and unlimited talk time. While Vodafone Idea and Airtel stole the show with the unlimited calling, they still lacked being beneficiary for their heavy data users.

Hence, Vodafone Idea and Bharti Airtel had to make amendments in their prepaid recharges, with the objective to attract more subscribers and also to retain the ones they already have.

This telecom service provider is offering its customers unlimited calling, 100 SMSes a day and 1GB 4G data with a validity period of 28 days. Along with this, Airtel offers free access to its multimedia streaming services, Airtel TV and Wynk.

In this recharge pack, Vodafone Idea is putting in unlimited talk time, along with 100 SMSs a day and 1GB 4G/3G data for a period of 28 days. To add to this, the subscribers also take the benefits of Vodafone Play, that has 5,000 hours of content and 300+ live TV channels.

The prepaid recharge plans still stand nowhere near Jio plans of Rs 149 giving unlimited talk time, 100 SMSes a day and 1.5 GB 4G data network for a duration of 28 days. In the end, RJio still remains the most affordable telecom service provider, with Airtel and Vodafone following its steps.