Vivo Z1Pro review: The Z1Pro targets gamers looking for a budget solution and was also the official gaming device at the recently concluded PUBG Mobile Club Open India qualifiers. We have been using the smartphone for a few days as well and here's what we think of it. 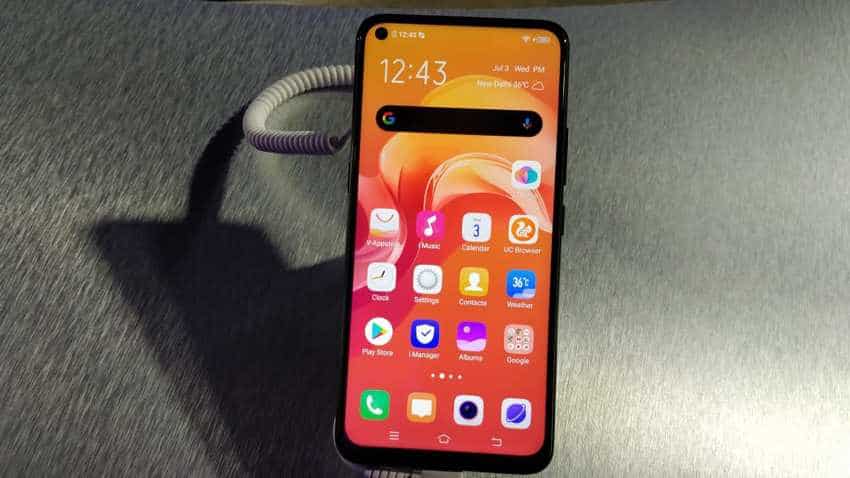 It's not like smartphone companies have not targetted the sub-Rs 20,000 segment in India in the past. In fact, this is probably the most sought after segment after the sub-Rs 10,000 bracket and it is often flooded with a number of options. But, it wasn't until the start of this year that customers started to get flagship features in this price tag. Xiaomi disrupted the market once again by introducing the 48MP camera for less than Rs 15,000 with the Redmi Note 7 Pro and the step was followed by impressive offerings from Realme (with Realme 3 Pro), Honor (with Honor 20i) and Samsung (with Samsung Galaxy M40).

The smartphone comes with competitive offerings for its price tag. The Z1Pro targets gamers looking for a budget solution and was also the official gaming device at the recently concluded PUBG Mobile Club Open India qualifiers. We have been using the smartphone for a few days as well and here's what we think of it.

The first thing that you would probably catch your attention as soon as you take the Z1Pro out of the box, and it definitely had mine, is its back panel. The smartphone comes in three colours - Sonic Black, Sonic Blue and Mirror Black. We had the Sonic Blue colour variant which is a dual tone of Green and Blue and will definitely impress you at first sight. The colour combination and gradient finish give the Z1Pro a premium look. Of course, you can't miss the in-display (or, punch-hole as other companies call it) camera at the front which gives you a better screen-to-body ratio and also makes the phone look taller. But, the problem starts as soon as you lift the phone. Heads up, its heavy. And, when I say it, I mean you would feel the difference unless you spend a lot of time on forearms in the gym. The Z1Pro is nowhere close to the sleek devices that we get these days and these are probably the only two things you can point out against this otherwise impressive smartphone.

The Z1Pro comes with a huge 6.5-inch IPS LCD FHD+ display with a punch-hole camera giving it a 19.5:9 aspect ratio. The screen size is almost perfect for playing games and media consumption. But, again keep in mind that this means that it is a larger device and might not fit in everyone's palm. I didn't have much problem operating the phone, also it fits in the pocket quite comfortably, making it easy to carry, if you don't mind the weight, that is.

I had my reservations about the LCD screen of the Z1Pro, given that we live in a world of OLED panels. But, Vivo has done an impressive job here. The Z1Pro offers an immersive viewing experience whether you watch movies, stream cricket matches or play games on it. This is also when you realise why a 6.5-inch screen was probably needed to bring the best out of the smartphone. The in-display camera ensures that the bezels are hardly noticed, further improving the experience. 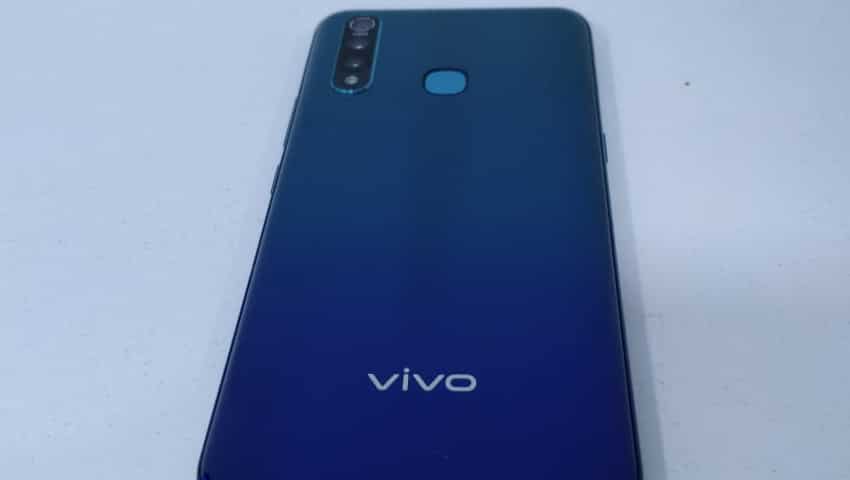 There is a dedicated ‘Eye Protection’ mode in the Z1Pro which adjusts the screen colour automatically according to the environment to relieve visual fatigue. Also, Vivo has included a ‘Dark Mode’ in the Z1Pro which helps you save on battery.

For a long time, it was believed that you need to buy a premium smartphone to play games seamlessly. In fact, gamers had hardly anything to choose from in the budget segment. The limited offerings used to surrender if you used high quality graphics or played heavy games. The smartphone manufacturers, for the good, have realised that this needs to change and are finally coming up with exciting options and the Z1Pro is surely one of them.

The phone comes with a Snapdragon 712 SoC which as I mentioned above, is a first for any device in the country. Now, this may not make the Z1Pro one of the fastest devices, but is surely is fast enough to give you a glitch-free experience. The processor is backed by Adreno 616 GPU. This is coupled with up to 6GB RAM and 128GB storage – both enough for a smooth experience. 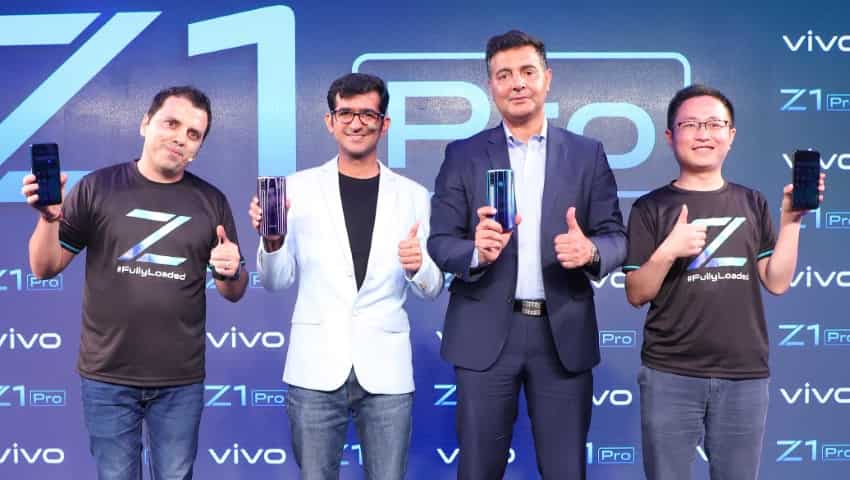 To test the speed and performance of the phone, I played games like PUBG Mobile, Asphalt 9: Legends and MLB9Innings19. All these games ran perfectly even at high settings and the phone didn’t heat up at all.

The Z1Pro comes with a gaming assistant called the Game Cube which can be setup to start up as soon as a game is launched. It comes with features like blocking background calls, notifications, reject calls during gaming, turning on Esports Mode, among others. Then, there is of course the ‘Esports Mode’ – the dedicated gaming mode for the Z1Pro which optimizes the performance of the device. The mode comes with smart performance optimization which stops the device from heating without affecting the performance. The mode does make a difference to your playing experience.

The Vivo Z1Pro comes with a triple rear camera setup with 16 MP primary lens, 8 MP super wide-angle lens and 2 MP bokeh camera. This may not to be the biggest strengths of this smartphone, especially given the fact that some of Vivo’s competitors are offering a 48MP camera in the same price range. But, the camera does its trick, allowing you click some good pictures without compromising on the quality.

The pictures are notably good in the daylight. You get better colours and the images are sharp. The camera does struggle a bit in low light and dark. Here, the Night Mode might come to your rescue. The colours are, however, compromised even though you get clear images. 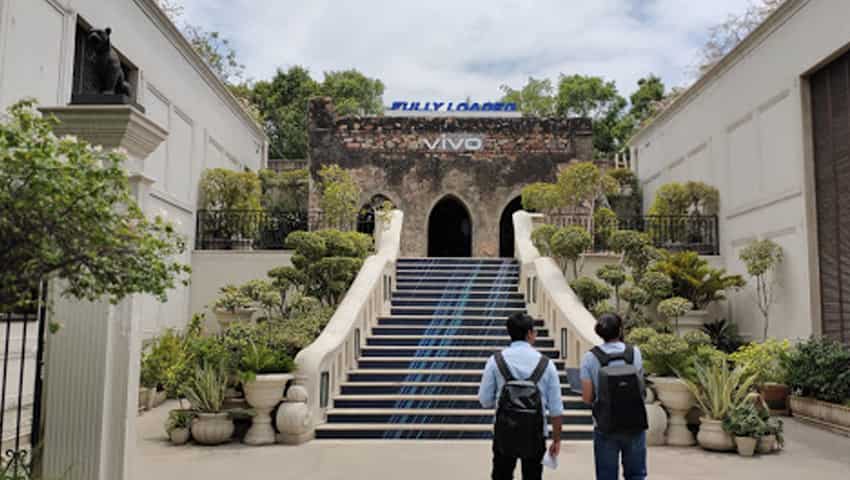 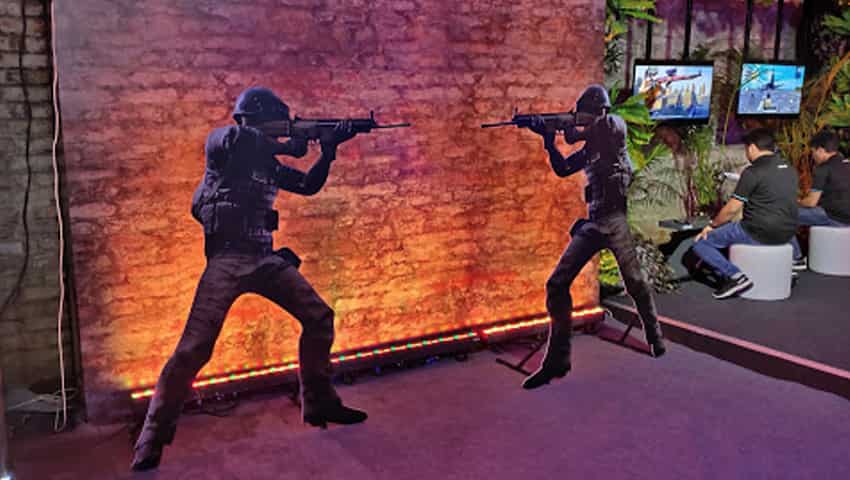 On the positive side, you get a 32MP selfie camera which is as good as it gets. You get sharp images with amazing clarity. I didn’t have any complaints with the front camera even in low light conditions. 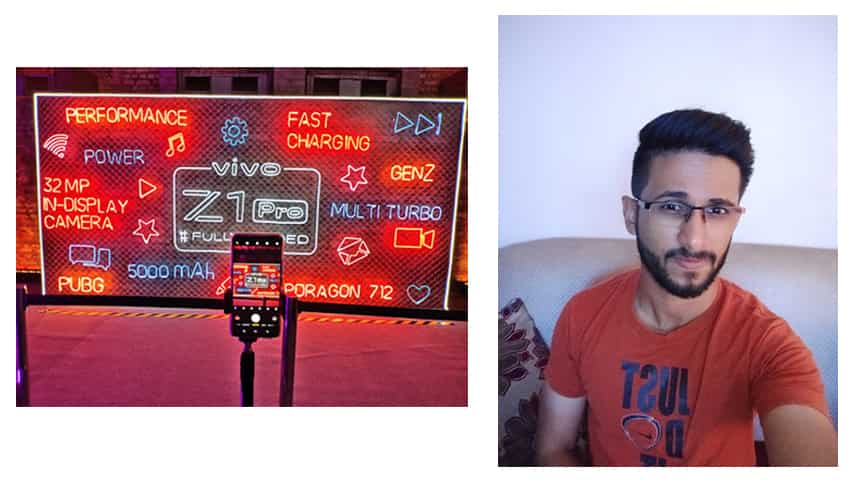 There are a few other modes that you get like the useful ‘AI Beauty’ and ‘Pro’ to go with, for no reason at all, the ‘Fun Video’ which basically does what you can already through Instagram filters.

When it comes to a gaming device, the battery becomes one of the most important parts. And, the Vivo Z1Pro impresses a lot. It is packed by a 5,000 mAh battery along with the 18W fast-charging support. This keeps the smartphone going for as long as you want. The phone simply refuses to drain even if you play games for hours. A single charge was enough to survive the day even with at least three to four hours of non-stop gaming. The Vivo Z1Pro emerges as one of the better smartphones in this segment. It should give tough competition to already existing devices, at least on the performance front. If you are into gaming, this is probably the right fit for you. And, having a massive battery only helps Z1Pro's case. The camera isn't the strongest points but does a decent job for the price tag. Overall, the Vivo Z1Pro is a powerful gaming smartphone that should satisfy customers looking for similar option in the budget segment.