Vivo V9 priced at Rs 22,990 available offline; here's what you need to know

Reportedly, the Vivo V9 which has 4GB RAM and 64GB internal storage - is available in Indian market at a starting price of Rs 22,990. 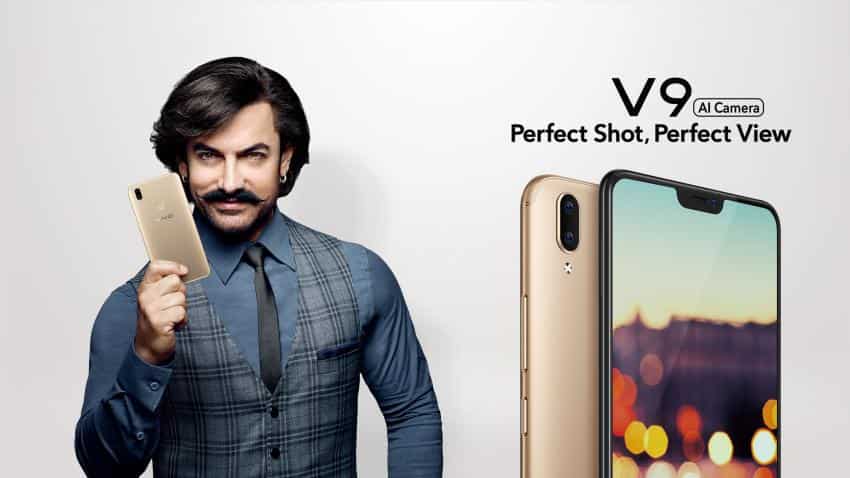 In case if you plan to purchase the two phone, here’s what you need to know.

Reportedly, the Vivo V9 which has 4GB RAM and 64GB internal storage - is available in Indian market at a starting price of Rs 22,990.

According to Gadget report, any one making pre-booking of the Vivo V9 will get one-time screen replacement warranty, additional discount of Rs 2,000, and no-cost EMIs. Also, Paytm is giving cashback of Rs 2,299 on using the code 'VIVOV9', while Amazon is giving cashback of 5 percent in the form of Pay balance.

The Vivo e-store and Amazon have also mentioned couple movie tickets from BookMyShow as well with the Vivo V9 pre-orders, added the report.

V9 is powered by a Qualcomm Snapdragon 626 octa-core processor, and equipped with 4GB RAM and 64GB ROM, delivering amazing performance for even the most intensive gaming and social media tasks. It also features the latest Android 8.1, which boosts battery life and operation speed, and improves security.

With the all-new AI Face Access technology, the V9 scans your facial features and unlocks instantaneously upon activation. It also identifies unauthorized access attempts by detecting light-reflected surfaces and subtle facial movements, helping prevent phone unlocking through use of photos or video.

V9 uses two rear cameras – a 16MP main camera and a 5MP secondary camera – and is supported by an AI Bokeh algorithm. This algorithm has been optimized based on machine learning of large amounts of data, so it can achieve amazing bokeh shots that rival DSLR camera results. You can even shoot first and focus later, transforming every photo into an artistic masterpiece.

V9 has 24MP front camera which comes with greater brightness, color vibrancy, clarity and dynamic range, even in the dimmest light.

It has a 6.30-inch touchscreen display with a resolution of 1080 pixels by 2280 pixels, and is packed with 3260mAh non removable battery