Vivo V17 Review: What has vivo done differently?  It has priced the Vivo V17 about Rs 6,000 less than the V17 Pro, offering almost a similar experience for less. We have used the smartphone, tested its performance, camera, battery and here is our verdict. So, let’s review the Vivo V17. 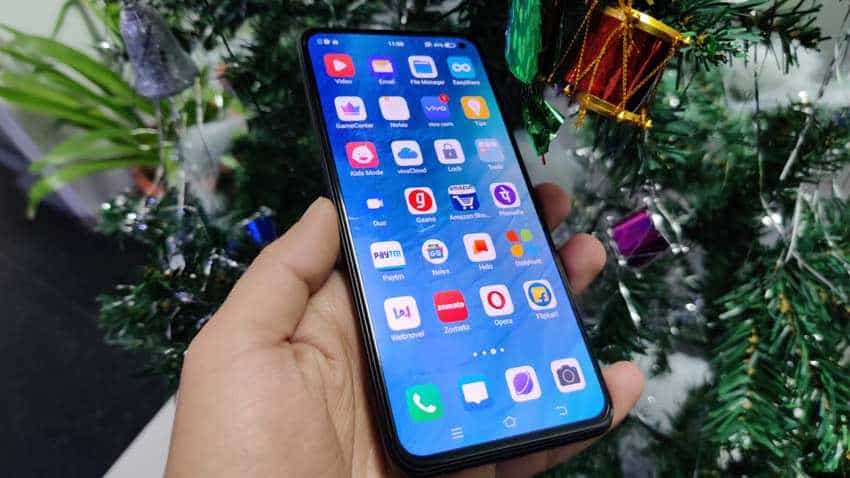 The Vivo V17 sports a 6.44-inch Super AMOLED Display where bezels have been kept at minimum.
Written By: Manas Tiwari
Edited By: Harish Dugh
RELATED NEWS

Vivo V17 Review: First a bit of recent history. When the camera-heavy Vivo V17 Pro was launched earlier this year, I wasn’t really impressed. To be sure, the smartphone had an excellent camera setup with two-pop up lenses on the front and four sensors at the back, but the other specs and price were hard to justify. So, I could not have asked Zee Business readers to spend about Rs 30,000 on a phone that runs on Qualcomm Snapdragon 675 processor and therefore, we called it the ‘right camera smartphone at wrong price point’. (LINK HERE)

At the same time, we had advised you to wait till vivo comes up with an affordable model of the same. Well, that time is finally here. Launched earlier this month, Vivo V17 ditches the pop-up mechanism while retaining the quad rear camera module with slight changes in the lenses used and comes equipped with a bigger battery.

What has vivo done differently?  It has priced the Vivo V17 about Rs 6,000 less than the V17 Pro, offering almost a similar experience for less. We have used the smartphone, tested its performance, camera, battery and here is our verdict. So, let’s review the Vivo V17.

The Vivo V17 borrows its design from the Pro model and resembles its predecessor. The smartphone has been launched in two colour options – Glacier Ice and Midnight Ocean Blue. We had the latter for review purposes and it looks more black than blue. It looks quite  elegant. Vivo has used a plastic frame on the V17 which seems durable, but it has a slippery kind of finish. 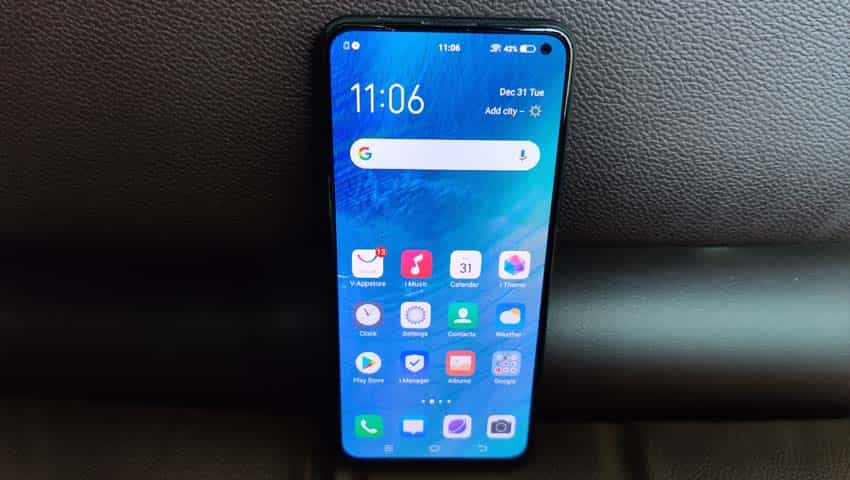 The first major difference in the design of vivo V17 vis a vis vivo V17 Pro can be noticed with the rear camera module. The company has opted for a ‘L’ shaped setup inside a rectangular module and the lenses are protected by a metal rim around them.

The back panel continues to attract fingerprint smudges as in the case of most mid-range smartphones these days. While the smudges are clearly visible on the colour variant we had, the Glacier Ice variant might be able to hide them better. The placing of the buttons is standard with power button on the right and volume rockers on the left.

The company has also managed to keep the weight of V17 under check with the smartphone only weighing around 176 grams – impressive, considering the a smartphone packs a 4500 mAh battery. 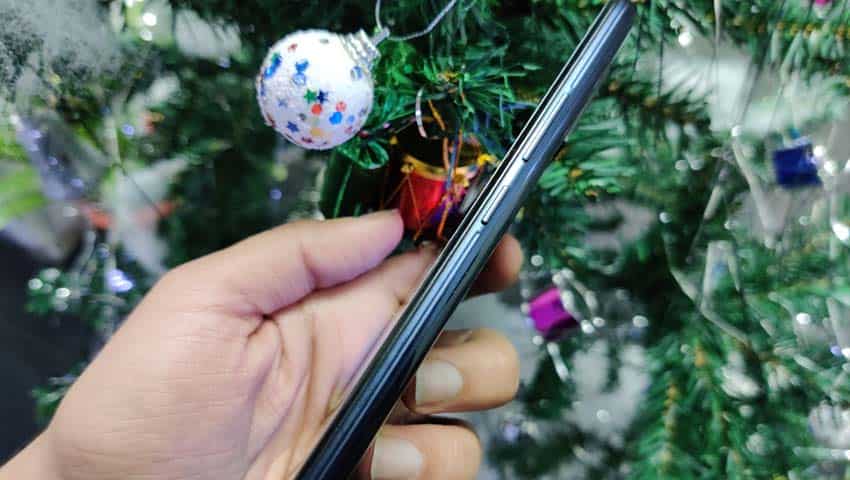 For those interested, you also get a pair of in-ear earphones inside the box. An 18W fast charger is also standard issue.

The Vivo V17 sports a 6.44-inch Super AMOLED Display where bezels have been kept at minimum. This is one thing I would want to see from more smartphone makers going into 2020. While most premium smartphones these days are offering a bezel-less experience to their users, this is a feature that companies need to extend to budget as well as mid-range smartphones. 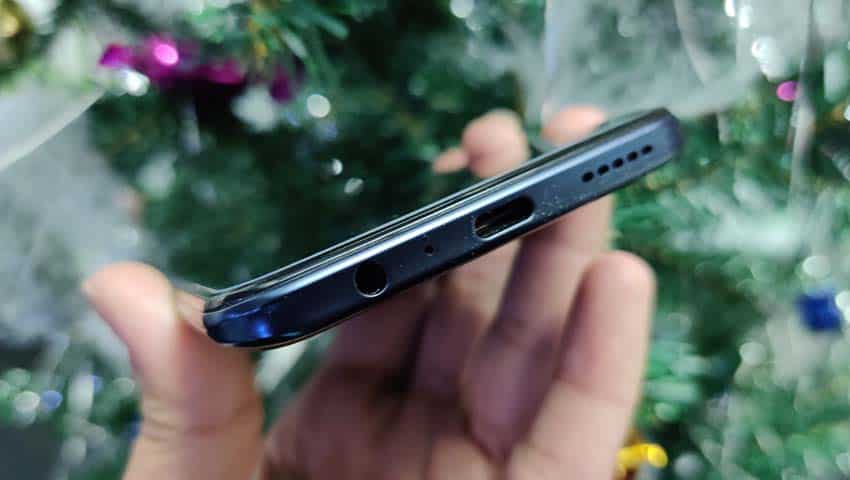 To pull off a better screen-to-body ratio, vivo has replaced the pop-up module of the V17 Pro with a modified punch hole design. The selfie shooter has been placed on the right corner instead of centre. This does give users an almost full screen experience but the lens cuts into the content while playing videos or games.

However, it doesn’t make much of a difference in your overall experience.

The display quality and colour reproduction is quite good. The screen supports full HD+ resolution and has good viewing angles. The vivo V17 also comes with an in-display fingerprint scanner which is quick to respond.

One area where vivo should have improved, but refused to, is the processor. The V17 continues to use Qualcomm Snapdragon 675 processor which is effective, but not the best out there. It performs well during daily tasks while switching between apps, sending emails, streaming media and clicking images.

The chipset, however, is not designed to handle heavy gaming or multitasking. So, you will have to compromise on graphics while running major titles like PUBG: Mobile and Call of Duty Mobile. 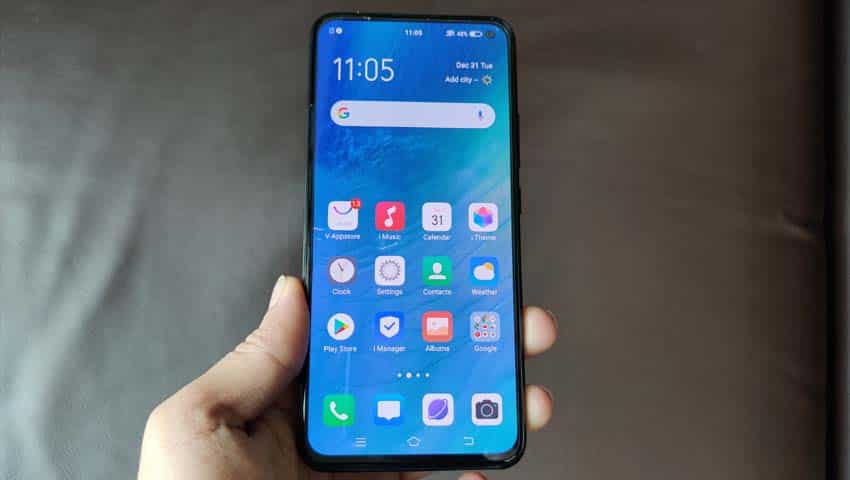 Having 8GB RAM surely helps. The smartphone has been launched in single variant with 128GB storage that can be expanded using a microSD card slot.

But, this is quite baffling as vivo has used the same processor in the recently launched vivo U20 which costs almost half of the V17. In fact, the Z1 series smartphones by vivo use seven series chipsets from Qualcomm. Now, while I understand that vivo wants to focus on camera with the ‘V’ series, it cannot be so ignorant about the processor going forward.

Coming to the positives, vivo has used a Type-C USB charging port – a feature it is using in more and more smartphones these days. To go with, you get an 18W fast charger inside the box that helps juice up the device quickly.

Notably, vivo has also increased the battery size to 4500 mAh from 4100 mAh on the V17 Pro. This allows the smartphone to easily last over a day on medium usage. Another positive is that you don’t face any heating issue while using the device.

V17 uses FunTouch OS 9.2 based on Android 9 Pie and even though I have reviewed so many vivo smartphones, it remains confusing. There is no app drawer and you need to swipe up from the main menu to access quick controls. If you haven’t ever used a vivo smartphone, it will definitely take a while to get used to it.

Also, you get several pre-loaded apps on the V17 which you may have to get rid of.

If there is one thing I had truly loved about the V17 Pro and most smartphones by the company in 2019 – is the camera. The quad cam setup on V17 Pro was a perfect gift for photography enthusiasts and helped click stunning images under almost all light conditions. 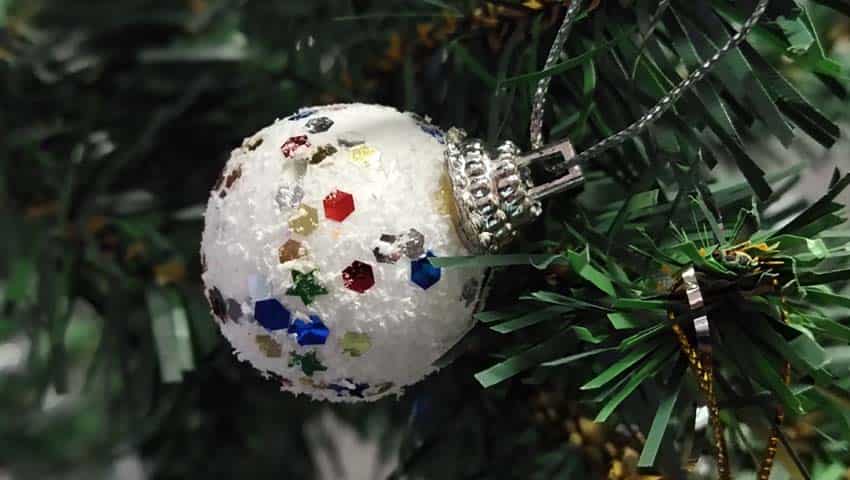 The main lens does a fantastic job and captures details with utmost clarity. The wide-angle lens and Bokeh effect allow you to explore and the macro lens will be appreciated by those who love to capture details.

The camera locks on to the subjects well and should make the job of photo enthusiasts that much easier. 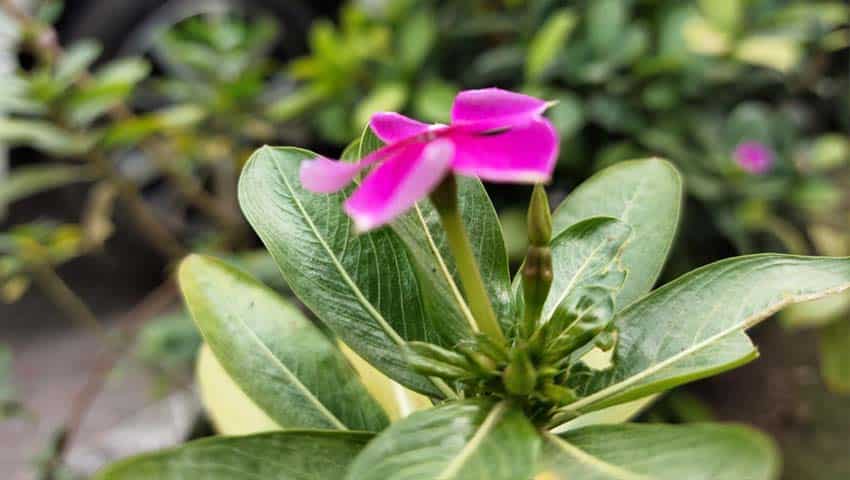 The real winner here, however, is the ‘Night Mode’ which is equally effective as it was on the V17 Pro. It lights up the settings and allows you to capture decent images even in low light settings. 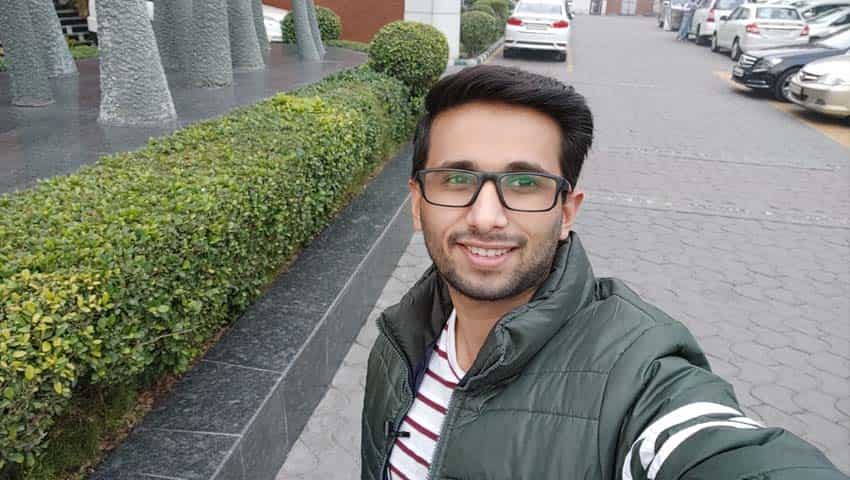 On the front, you get a 32MP selfie camera. It captures good selfies in bright light and vivo now allows users to capture themselves with the night mode on. Quite a handy feature to have.

The Vivo V17 has been priced at Rs 22,990 making it a more attractive option than the V17 Pro. In fact,  it was very difficult to recommend the latter as the Redmi K20 Pro and now, Realme X2 Pro are available for almost the same price or even less. The V17 retains most design elements and specs of the V17 Pro and offers you a bigger battery.

It comes with great camera quality, an excellent AMOLED display, impressive screen-to-body ratio and weighs less than most of its competitors. The problem remains the processor and somewhat, the price. The V17 competes against Redmi K20, Realme X2, Realme XT, Samsung A50s -  all priced at less than V17.