Vivo V17 likely to be launched in India on December 9: Here is what we know so far 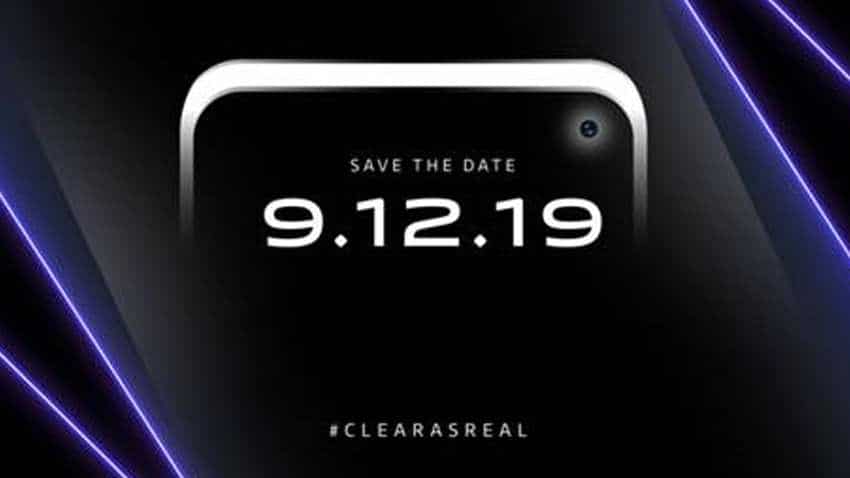 Vivo has sent media invites for the launch of a new V-Series smartphone in India on December 9.
Written By: ZeeBiz WebTeam
Edited By: Harish Dugh
RELATED NEWS

Vivo is set to introduce a new V-series smartphone - expected to be vivo V17 -  in India on December 9. The Chinese smartphone manufacturer has recently rolled out invites for a V-series smartphone. Even though vivo has not mentioned the name of the device, it is expected to be vivo V17. Notably, it has a dewdrop notch and a diamond-shaped camera module at the back. The launch comes less than three months after the company had launched vivo V17 Pro with as many as six cameras in the country. To recall, it was the first-ever smartphone to feature a dual pop-up selfie camera mechanism.

What we know about the vivo V17

Vivo has sent media invites for the launch of a new V-Series smartphone in India on December 9. Along with this, it has also posted a teaser image on its Twitter handle. Both of them confirm that the new smartphone will come with a hole-punch display in India, instead of the waterdrop-style notch. It also ditches the pop-up camera used on the vivo V17 Pro.

The vivo V17 is expected to feature a 6.38-inch full-HD+ (1080x2340 pixels) Super AMOLED FullView Display and should be powered by Qualcomm Snapdragon 665 processor, bundled with 8GB of RAM. It will have a quad rear camera setup with a 48-megapixel primary sensor with an f/1.8 aperture, an 8-megapixel ultra-wide-angle camera with an f/2.2 aperture and a 108-degree field of view (FoV). It also houses a 2-megapixel macro camera and a 2-megapixel depth sensor. For selfies, the Vivo V17 smartphone houses a 32-megapixel selfie camera sensor.