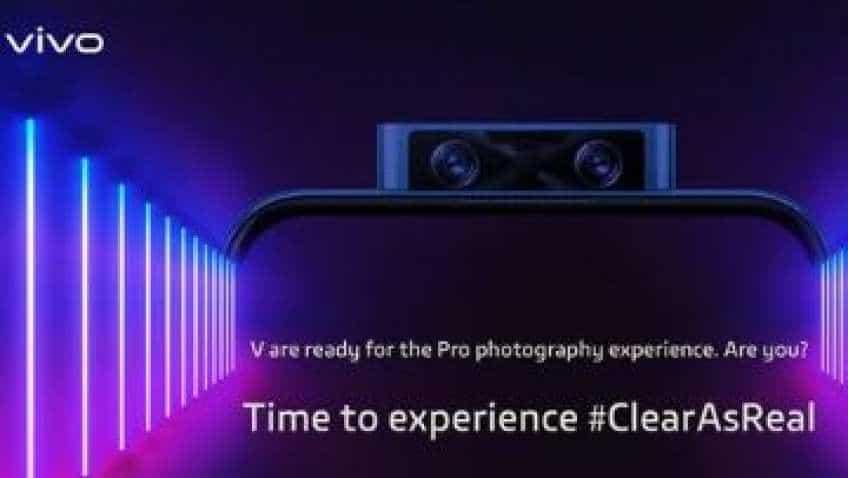 Vivo is all set to launch its new smartphone with as many as two front cameras in India. Notably, the smartphone is expected to be named as Vivo V17 Pro.
Written By: ZeeBiz WebTeam
Edited By: Harish Dugh
RELATED NEWS

Vivo is all set to launch its new smartphone with as many as two front cameras in India. Notably, the smartphone is expected to be named as Vivo V17 Pro. Yes, the phone will be big on cameras and it is confirmed that it will come with six cameras in total - four will be on the back and two on the front.

However, the exact camera specs of the Vivo V17 Pro haven't been revealed but renders have confirmed that the V17 Pro will come with quad-camera setup on the back panel and dual selfie pop-up camera on the front. It means that Vivo V17 Pro can sport a full-screen display with slim bezels, no notch or punch-hole in top front.

Though, Vivo has officially revealed a camera sample shot with the V17 Pro and it appears with good amount of details and great colours.

The renders show the Vivo V17 Pro with four cameras on the back aligned in a vertical fashion. The camera module sits on the middle of the back panel and it has a dual selfie camera setup on the front that pops-out from the middle and not sides. The renders also showed that the phone will be rolled with an in-display fingerprint sensor. Also as of now, no specs details of the Vivo V17 Pro have been revealed by the company yet.