Tiny particles may have huge impact on storms: Study

The findings, published in the journal Science, describe the effects of aerosols, which can come from urban and industrial air pollution, wildfires and other sources 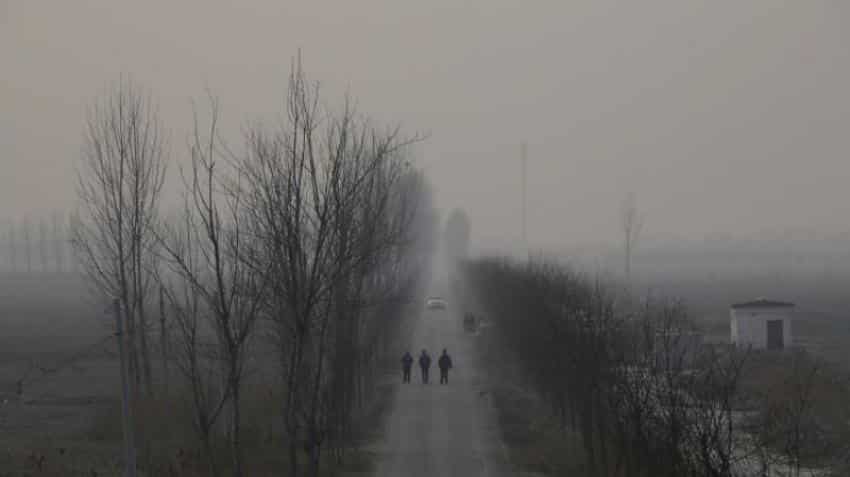 The study shows that the smallest of particles have an outsized effect. Image source: Reuters
Written By: PTI

Tiny airborne particles can have a stronger influence on powerful storms than scientists previously predicted, a study has found.

The findings, published in the journal Science, describe the effects of aerosols, which can come from urban and industrial air pollution, wildfires and other sources.

While scientists have known that aerosols may play an important role in shaping weather and climate, the new study shows that the smallest of particles have an outsized effect.

Particles smaller than one-thousandth the width of a human hair can intensify storms, increase the size of clouds and cause more rain to fall.

"This result adds to our knowledge of the interactions between aerosols, clouds and precipitation. In areas where aerosols are otherwise limited, such as remote regions of the Amazon rainforest, ultrafine aerosol particles can have a surprisingly strong effect," said Zhanqing Li, from the University of Maryland in the US.

"This finding will help us better understand the physical mechanisms of cloud development and severe storm formation, which can help us develop better storm prediction methods," Li said.

The researchers studied the storm-creating capacity of ultrafine particles that measure less than 50 nanometers across. For reference, a typical human red blood cell is about 8,000 nanometers wide.

They showed how smaller particles can invigorate clouds in a much more powerful way than their larger counterparts when specific conditions are present.

In a warm and humid environment with no large particles to attract airborne moisture, water vapour can build up to extreme levels, causing relative humidity to spike well beyond 100 per cent, the researchers said.

While ultrafine particles are small in size, they can reach large numbers. These particles form many small droplets that quickly and efficiently draw excess water vapour from the atmosphere.

This enhanced condensation releases more heat, which makes the updrafts much more powerful, they said.

As more warm air is pulled into the clouds, more droplets are launched aloft, producing a runaway effect that results in stronger storms.