Apple CEO Tim Cook is in no mood to slow down! The Apple chief has changed his Twitter name to Tim Apple - from Tim Cook - hours after the United States President Donald Trump, perhaps mistakenly, referred to him with that name. 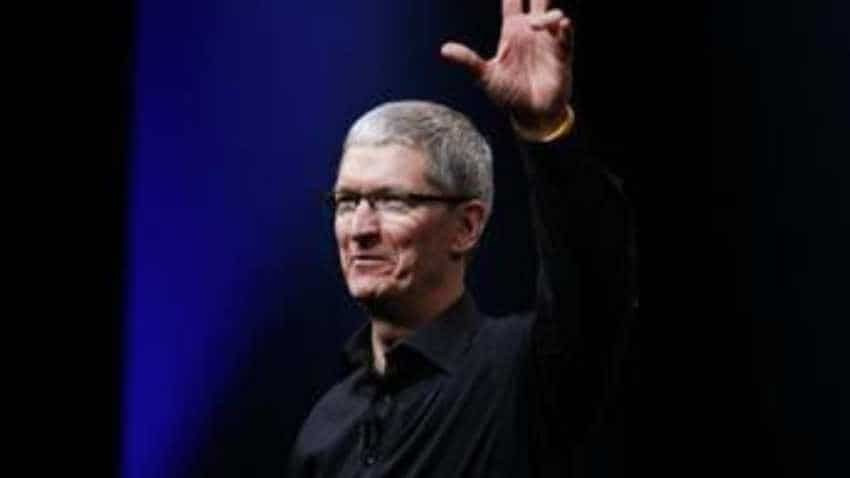 Apple CEO Tim Cook is in no mood to slow down! The Apple chief has changed his Twitter name to Tim Apple - from Tim Cook - hours after the United States President Donald Trump, perhaps mistakenly, referred to him with that name. The incident took place at a meeting of the American Workforce Policy Advisory Board where the US president mistakenly referred to Cook as 'Tim Apple'. Reacting to this, Cook removed his surname on the micro-blogging website and replaced it with an Apple emoji. The logo was visible on desktop but may not appear on your phone as it isn’t classified as a Unicode symbol.

The emoticon, however, is visible on all Apple devices - the iOS powered iPhone, iPads and the macOS based Mac computing devices. On Windows devices, the logo would appear as a simple box ahead of Tim's name. On Android, it renders variously as an X-ed out or blank gray rectangle.

Trump's slip happened while praising the Apple boss. "We’re going to be opening up the labor forces because we have to. We have so many companies coming in," he said.

"People like Tim - you’re expanding all over and doing things that I really wanted you to do right from the beginning. I used to say, ‘Tim, you gotta start doing it here,’ and you really have you’ve really put a big investment in our country. We appreciate it very much, Tim Apple," he added.

This isn't the first time when Donald Trump has messed up with a name. In the past, he has swapped the first name with something more alliterative. Once, he had called Marillyn Hewson, Lockheed Martin CEO - Marillyn Lockheed!

EMI Moratorium Latest News: What it is? What it means for car, home and other loans? Should you postpone payment or keep paying? Check best advice for you