This Realme 2 Pro smartphone is different, but would you want to buy?

Oppo's sub-brand Realme is all set to launch its third smartphone next week, September 27, as the company has released a teaser video highlighting the Realme brand’s motto of targetting youth. In the Realme video, Realme has used a smartphone which is expected to be the Realme 2 Pro. 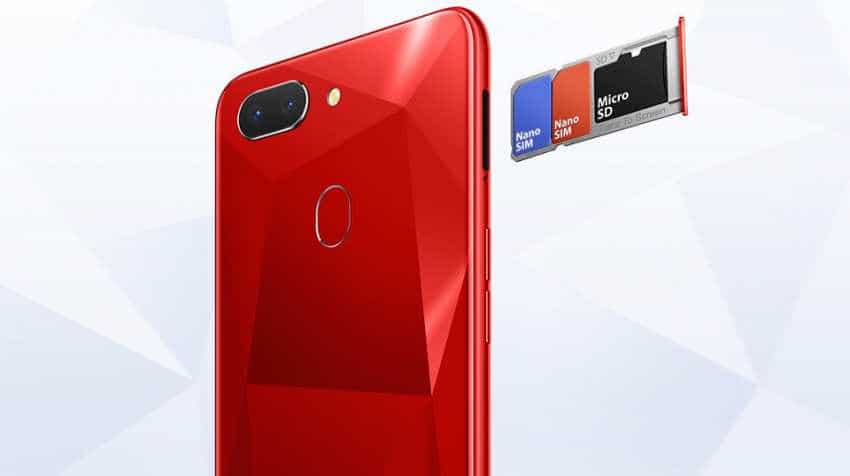 The new Realme phone doesn’t show Diamond Pattern design on its back, but exhibits a small waterdrop notch on top of the display. Representational Image, source: twitter
Written By: ZeeBiz WebTeam
RELATED NEWS

Oppo's sub-brand Realme is all set to launch its third smartphone next week, September 27, as the company has released a teaser video highlighting the Realme brand’s motto of targetting youth. In the Realme video, Realme has used a smartphone which is expected to be the Realme 2 Pro. As per the video, the new Realme device will be different from its earlier smartphones. The new phone doesn’t show Diamond Pattern design on its back, but exhibits a small waterdrop notch on top of the display. This feature has been witnessed the Oppo F9 Pro and Vivo V11 Pro. The moot question though is, will the users want to buy it? Does it have the 'it' factor? Here is everything known about the phone to help you decide.

According to TelecomTalk report, the new phone doesn’t have a Diamond Pattern back, instead, looks like the company has opted for a matte finish back. The phone is shown in two colours of Robin Egg (as Honor calls it) and standard Black. From the rear side, the Realme 2 Pro looks like the Honor 9N and Honor 9 Lite smartphones.

The new Realme smartphone shows a water-drop notch design on its front, and the same has also been seen on the Oppo F9 Pro and Vivo V11 Pro smartphones. Since Realme is the sub-brand of Oppo, it is expected to borrow the new notch design, said the report, adding that there is a small chin besides having a fingerprint scanner on the rear side. Impressive, though the unique factor has been blown away!

The Realme 2 Pro sporting a glass back is reportedly confirmed to retail under Rs 20,000. Well, that should really open up a largish section of the market-place for the phone.

Here’s to the ones who are limitless & fearless and to the ones who are Proud to be Young!
Reply with a photo and a caption telling us what makes you #ProudToBeYoung and stand a chance to win our limited edition merchandise! Check out the rules here: https://t.co/pRjKvyJ4iw pic.twitter.com/mSnp7PXVfW

Going by the teaser video, the Realme 2 Pro is likely to have a large 6.2-inch Full HD+ display, and is also rumoured to feature the Qualcomm Snapdragon 636 chipset, coupled with up to 6GB of RAM. Considering the reaction against the massive new Apple iPhone, this phone may not be the best thing in the world to happen to women, when it comes to smartphones that is.

Notably, Realme 1 arrived in 3GB, 4GB and 6GB of RAM variants, while Realme 2 was launched in 3GB, 4GB RAM options, therefore, it is being guessed that the new Realme device will come in a 6GB RAM variant with 128GB of internal storage.

Reports doing the round say that new Realme may launch the new device with Snapdragon 636 SoC. This feature will automatically push the new phone, in terms of price, at par with Redmi Note 5 Pro and Nokia 6.1 Plus.

Since Realme 2 is lauded for its battery life, a similar battery size is expected in the new phone.

If Realme is eager to take the Redmi Note 5 Pro, it has to work hard on its cameras to better that to compete with the Xiaomi Note 5 Pro, TelecomTalk added.

Are you buying? Weigh the pros and cons, check the size of your pocket and decide!