This amazing thing happened to WeChat app; here is where big boost came from

The all-in-one app, known as Weixin in China, is a daily necessity for most Chinese, bringing together messaging, social media, mobile payment, games, news and other services 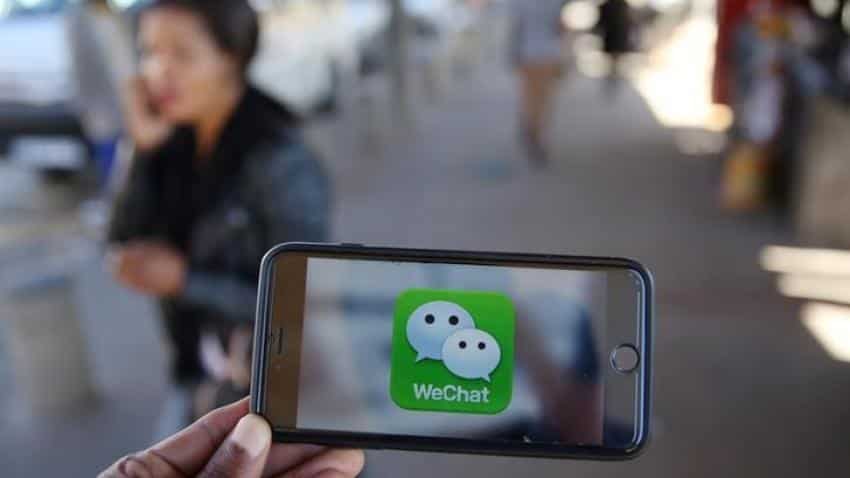 Half of WeChat users spend over 90 minutes a day on the app. In its last company results in September, Tencent had reported that WeChat users had opened 980 million accounts, a 16 per cent increase from the previous year. Image source: Reuters

China's ubiquitous WeChat social media platform has crossed the one billion accounts mark as its messaging, game and shopping services attract more and more users. The symbolic threshold was announced by Pony Ma, the chief executive of its parent company Tencent, on the sidelines of China's parliamentary session yesterday. The all-in-one app, known as Weixin in China, is a daily necessity for most Chinese, bringing together messaging, social media, mobile payment, games, news and other services.

Half of WeChat users spend more than 90 minutes a day on the app. In its last company results in September, Tencent had reported that WeChat users had opened 980 million accounts, a 16 per cent increase from the previous year. "WeChat's worldwide monthly active users have surpassed the critical one billion mark," said Ma, who is a delegate at the two-week session of the Communist Party-controlled National People's Congress.

"In the future we hope to use technological innovation to push forward the next developmental step of reform and opening," Ma said. He was referring to China's economic liberalisation policy that has fuelled four decades of breakneck economic growth. Although Ma said WeChat's monthly active users had crossed the one billion threshold, a company spokesman told AFP he was referring to its total number of accounts.

Still, the one billion figure indicates the huge user base which Tencent has built up both inside and outside China for the app. It compares with 2.1 billion monthly active users on Facebook and 1.5 billion on its messaging app WhatsApp. The popularity of WeChat -- and profits from its addictive mobile games -- have pushed Tencent's earnings and share price sharply upwards.

The company surpassed Facebook in market value last year as it became the first Asian firm to break into the $500 billion league, while the 47-year-old Ma has rocketed to near the apex of China's rich list. He is the wealthiest delegate to the parliamentary session, according to Shanghai-based luxury magazine publisher Hurun Report, which estimated his fortune at $47 billion. Another popular feature of WeChat is its payment service, which allows people to pay at restaurants, buy goods from shops or even send money to friends.

Chinese tourists visiting Paris have been able to pay for their purchases in two of the city's famous department stores using the app on their smartphones since last year. Most WeChat users are based in mainland China, though Tencent is trying to gain customers in other countries, especially among the Chinese diaspora. But privacy concerns have plagued the app as Chinese authorities actively censor social media content that they dislike.

A 2016 study by University of Toronto's Citizen Lab found that WeChat censors content for all users registered with Chinese phone numbers, even if they travel overseas or switch to an international number. Censorship for accounts tied to overseas numbers was limited to the intermittent blocking of gambling or porn-related content within the app's internal browser, the study found.
WeChat has a major advantage over WhatsApp: Beijing authorities have apparently disrupted the Facebook-owned service in China in recent months, with users often struggling to send messages or images.

TikTok, Wechat banned in US now

Borrowed money? Now, this app will tell how much you owe