Realme's new entry level smartphone - Realme C3 will go on sale for the first time in India on Friday. The sale will begin at 12 pm on Flipkart and Realme website. 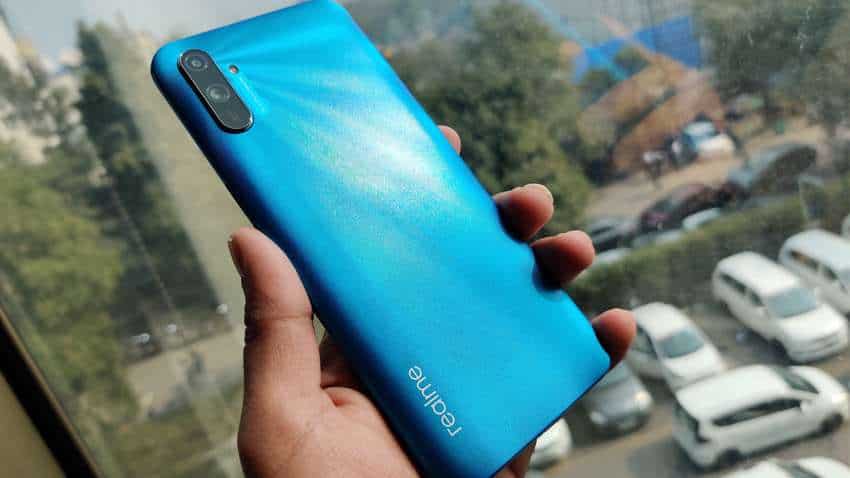 Realme's new entry level smartphone - Realme C3 will go on sale for the first time in India on Friday. The sale will begin at 12 pm on Flipkart and Realme website. The Realme C3 competes against the Redmi 8A Dual and comes with features such as MediaTek Helio G70 processor, dual rear cameras, and a 5000mAh battery. The smartphone has been launched in two colour options - Blazing Red and Frozen Blue.

The Realme C3 price in India starts at Rs 6,999 for its 3GB RAM + 32GB inbuilt storage model. The other variant which comes with 4GB RAM + 64GB inbuilt storage has been priced at Rs 7,999. The smartphone will start selling starting today at 12 pm.

The customers will get Jio benefits worth Rs 7,550 and those who purchase it in Flipkart's first sale, will receive a minimum Rs 1,000 off on exchange of any smartphone.

WATCH | Is the idea of sub-brands coming to an end?

Realme C3 features a 6.5-inch HD+ (720x1600 pixels) waterdrop notch display with 89.8 percent screen-to-body ratio and is powered by the 12nm MediaTek Helio G70 processor. The onboard storage can be expanded using a microSD card. The smartphone has a dual rear camera setup with a 12-megapixel main sensor with f/1.8 aperture and 1.25μm ultra-large single-pixel area, and a 2-megapixel secondary camera with f/2.4 aperture.

It has a 5-megapixel AI front camera with features like HDR, AI Beautification, panoramic view, and time-lapse. The Realme C3 packs a 5,000mAh battery and weighs 195 grams.