TCL P615 4K UHD TV review: The company recently launched P615 series in India comprising of 4K Ultra HD televisions in various sizes – priced well under Rs 40,000. We have been using the biggest of these (55-inch) for about a week and it's time to find out if it justifies the price tag or not! 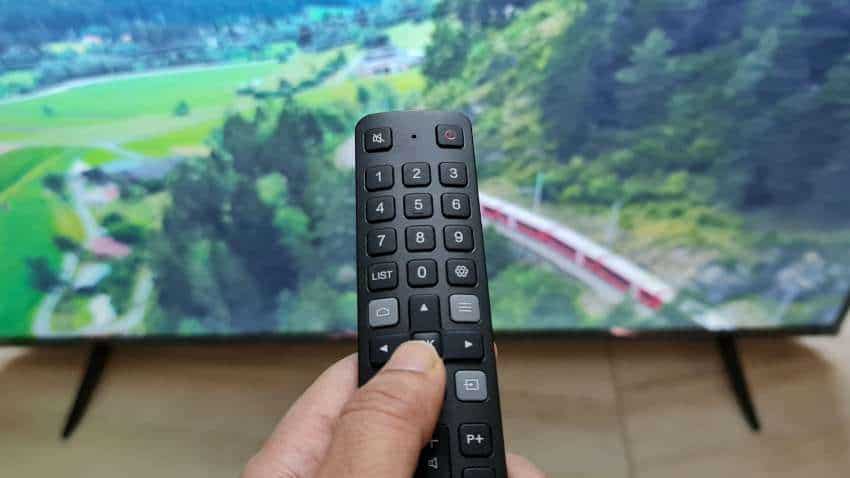 TCL P615 4K UHD TV review: The smart TV revolution is happening right in front of our eyes. The last decade was about making people move from feature phones to 6-inch smartphones capable of calling, typing, gaming, watching and much more. The coming decade will be about moving as many as possible to even larger screens. The increasing popularity of OTT platforms and abundance of content available on them is allowing people to enjoy media in unimaginable ways.

Initially, smart TVs weren’t cheap with select players manufacturing them. Times are changing and even the big size smart TVs have become affordable. One of the brands trying to get a piece of pie is TCL. The company recently launched P615 series in India comprising of 4K Ultra HD televisions in various sizes – priced well under Rs 40,000.

We have been using the biggest of these (55-inch) for about a week and it's time to find out if it justifies the price tag or not!

The TCL P615 4K UHD TV is available in 43-inch, 50-inch and 55-inch screen sizes. The three models are priced at Rs 23,999, Rs 29,499, and Rs 38,499 respectively. As I mentioned before, we had the largest of them which is actually quite wide. You will require a broad table to house the television while using the two-point stand. The shelf where my usual 50-inch TV is placed turned out to be small for this, forcing me to find weird places for the TCL smart TV. 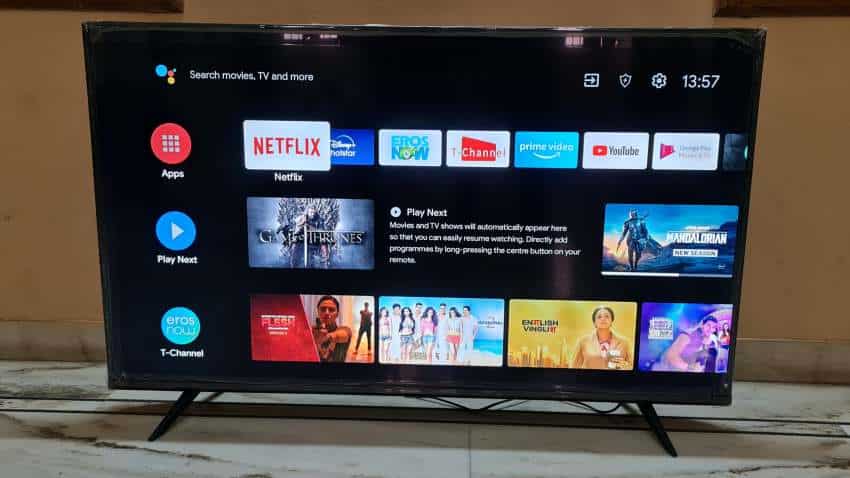 The alternate is to use the wall mount and fix the TV at one spot. This, however, makes reaching out to the side-placed ports a tough job. Both the table stands and wall mounts come as part of the retail box so the choice is yours.

All the ports are one the right side of the TV. You get three HDMI ports to connect set top box, Blue Ray players, PlayStation, Soundbar etc. There is one USB port to connect hard drives and other USB devices. Apart from this, you also get Bluetooth 5.0 and Wi-Fi support. 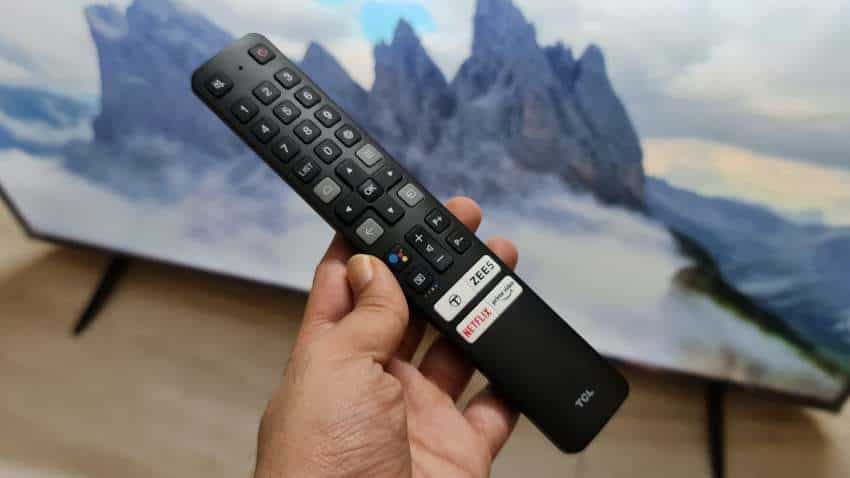 Inside the box, you also get a really tall remote control with two batteries. The remote has dedicated buttons for Netflix. Prime Video, Zee5 and TCL’s own service but somehow misses out on the YouTube button – a service smart TV owners are likely to use the most. As I said, the remote is considerably tall and comes with several buttons that can confuse first time smart TV users.

Overall, the smart TV looks as good as any other and weighs around 9.5 kgs, which basically allows you to pick it up and place anywhere in the house. It’s the size that you need to consider.

The TCL P615 series ticks the most important part for anyone looking to buy a smart TV right now – it comes supports 4K Ultra High Definition video – a format which is becoming increasingly popular and already offers enough content. In fact, most OTT platforms now have a large library of 4K content and even the gaming consoles support this video format. 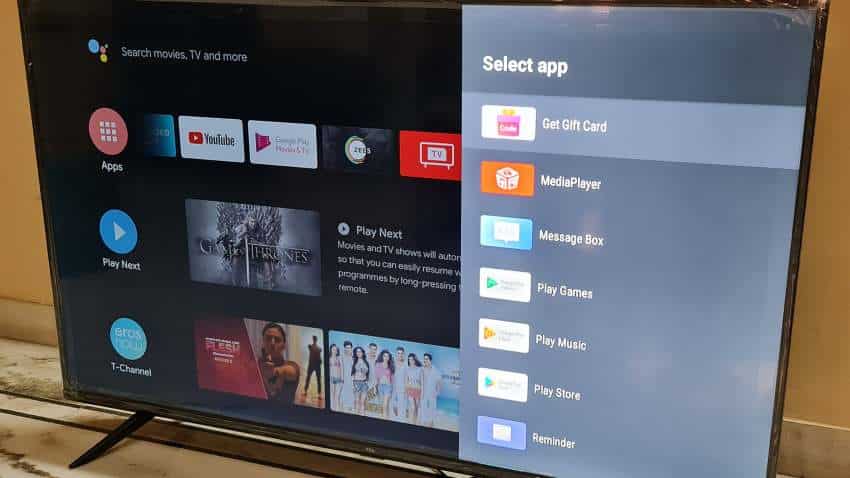 The smart TV supports up to 3840x2160 pixels resolution. You may find some of the old or even recent content not supporting that resolution but it isn’t a major issue. What the P615 series does is, it makes you future ready. Having said that, it is not the only smart TV in the Indian market at this price point which offers this feature. Smart TVs from Xiaomi, Hisense, Kodak, Vu etc also support the 4K video quality and are priced around the same mark.

If I have to pick one – the Hisense 4K smart TVs also have support for Dolby Vision. For those unaware, the HDR imaging technology brings better colour, contrast and brightness to the screen, enhancing your overall viewing experience. Popular movie titles like Avengers: Infinity War are available in this format. Unfortunately, the TCL smart TV doesn’t support it. 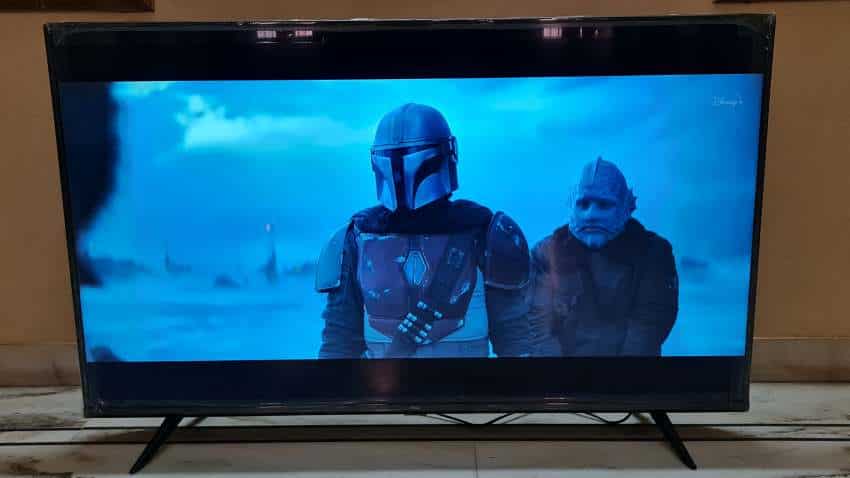 Instead, you get what company calls the Rich Color Expansion algorithm that displays screens in low gamut show with color rendering capability close to high gamut screen, to achieve a ‘pleasing and realistic appearance in terms of image quality’. There is also micro dimming technology. TCL has divided the screen into 1296 sections, the brightness of each section is controlled precisely by an algorithm constantly adjusting for the brightness of different scenes so that picture contrast is improved. 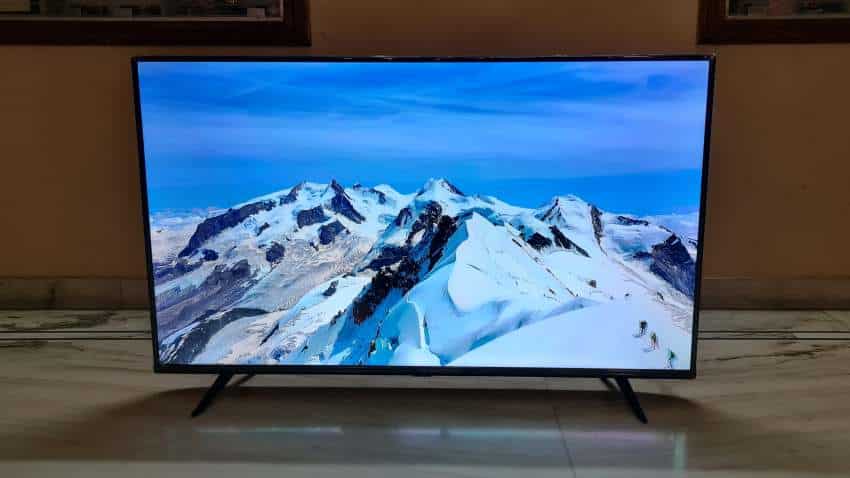 The TV is also HDR 10 certified which further improves the quality of content by adjusting the content in dynamic scene-by- scene way for the optimum representation of contrast with wider color gamut. It is also capable of 4K upscaling which means the TV can enhance the HD content in UHD for a better output.

There is no doubt that visuals look stunning on large screen if your Wi-Fi lets you stream in the highest quality possible. Any dip in the bandwidth can make the same scene look ugly. And trust me, poor quality video looks even worse on a big screen. I watched a few episodes of The Mandolorian on the TCL smart TV and there wasn’t much to complain about. The aspect ratio denied me a full screen experience but the colours and picture quality were really impressive. 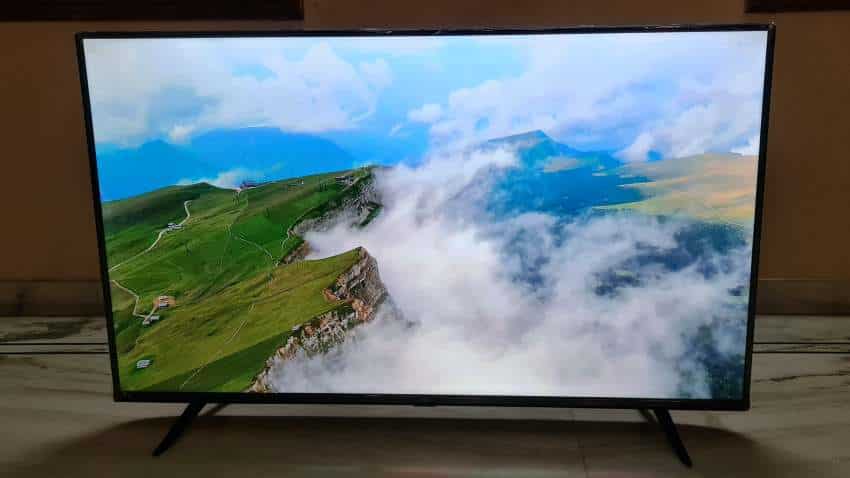 I also streamed the Tottenham Spurs vs Manchester City match over the weekend as a Jose Mourinho masterclass led by Harry Kane ensured a very impressive win for the Spurs side against Pep Guardiola’s men. The videoplay was slick with good contrast ratio.

An advantage with the TCL P615 series is that you get 30W audio output against the 20W or 24W output offered by most smart TVs. And, the speaker is loud. You get a very good audio even at 25 per cent volume levels. However, TVs do tend to lose audio quality with time.

The TCL TV comes with Dolby Audio against the most premium Dolby Atmos which again, you get on the Hisene TV for similar price. For the first few years, the TV itself should be enough to enjoy movies and other content.

The P615 runs Android TV, giving you a very neat and clean experience, even though there are some pre-installed apps and TCL’s own platform which clutter the main screen. The supports popular OTT platforms such as Prime Video, Netflix, Hungama Play, Eros Now, Sony Liv, and ZEE. Users can also download more applications through Google Play Store. 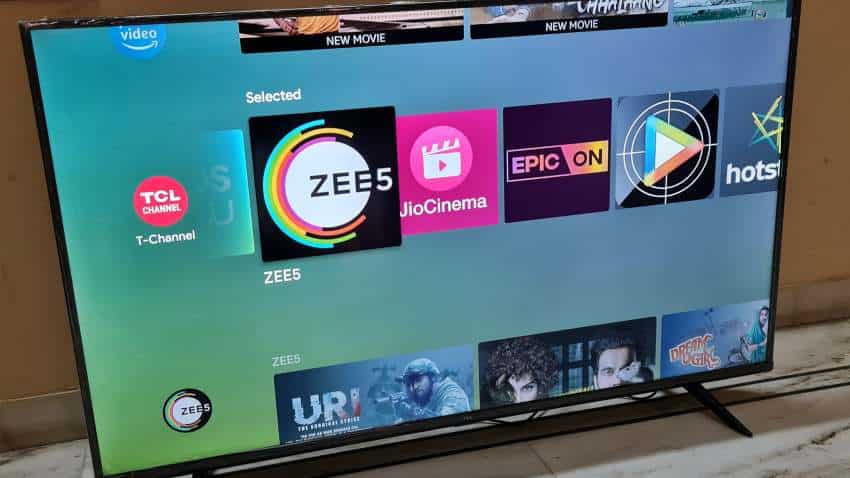 The smart TV also comes with Google Assistant, which allows users to control the device through voice commands. The remote has to be paired with the TV using Bluetooth to access voice commands and is very responsive. There is also in-built Chromecast which allows you to directly cast content from smartphone to TV. 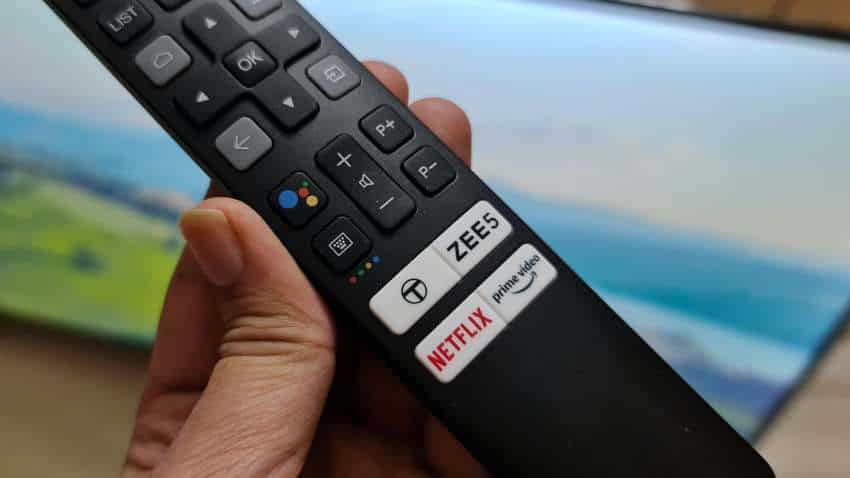 Apart from this, there is also TCL Magiconnect - an App that connects users’ mobile phone to their TV and allows voice command through the mobile’s speaker when users are not around their TV. This is an interesting and handy feature.

There is no doubt that the TCL P615 series is a high value for money line up, ideal for those seeking 4K UHD video quality on a large screen but in a tight budget. Especially the 43-inch model for Rs 23,999 is a very lucrative option. The size that we reviewed is more suitable for large living rooms or halls. It is ideal for those prefer streaming content on big displays and delivers high-quality videos with good audio output.

Yet, it should not stop you from exploring other options. Those who deserve attention are smart TVs by Xiaomi, Hisense and Kodak which offers same or better features at almost the similar price.