"We have worked closely with TCL to build security and the BlackBerry experience into every layer of KEYone, so the BlackBerry DNA remains very much in place," said Alex Thurber, general manager of BlackBerry Ltd`s Mobility Solutions unit. 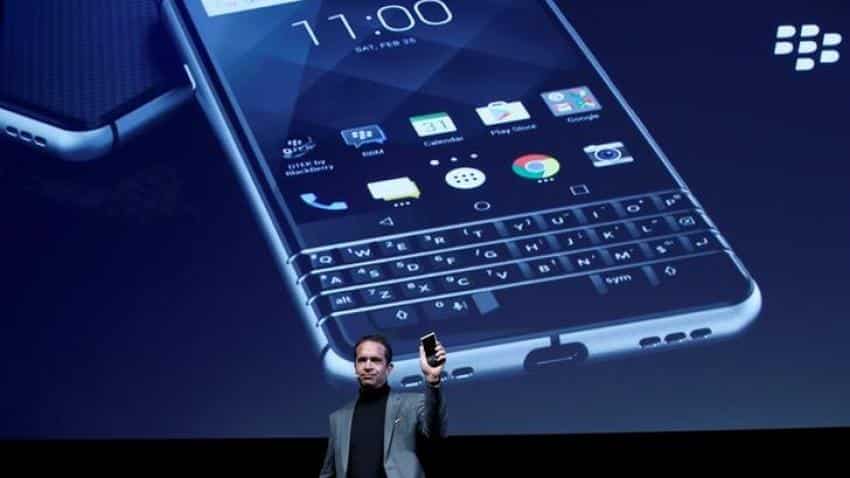 Blackberry Ltd may have exited the device business, but fans of the pioneering email machine need not despair as Chinese smartphone maker TCL Communication has introduced its first Blackberry-licensed phone with the physical keyboard that was long its key allure.

The KEYone combines a touch display with a physical keyboard to give users more useable space for typing than a typical 5.5-inch all-touch smartphone, along with BlackBerry Ltd`s security and software, TCL said.

TCL cut the new brand-licensing deal in December with BlackBerry Ltd., which now focuses on making the security software that was another key factor underpinning the Canadian company`s phenomenal success in the pre-smartphone era and sustained it with corporate users as the world moved on to smartphones with other features.

The partnership helps address weaknesses for both companies: TCL gives BlackBerry a manufacturer that can still compete at global scale following a decade-long slide in BlackBerry sales, while TCL gains a new brand to shore up its own flagging growth in smartphones.

"We have worked closely with TCL to build security and the BlackBerry experience into every layer of KEYone, so the BlackBerry DNA remains very much in place," said Alex Thurber, general manager of BlackBerry Ltd`s Mobility Solutions unit.

The first fruits of TCL`s new product line carries a hefty price tag, which could limit its appeal to diehard fans of the device once known as the Crackberry.

The KEYone will be available in April and priced around 599 euros, $549 or 499 pounds, in line with premium phones from Apple, Samsung and Huawei.

TCL, which sells its phones in 160 countries, did not specify which would be first to offer the KEYone.

TCL is best known as the maker of Alcatel handsets and ranked as the world`s No. 7 phone maker, according to recent data from research group IDC.

It is the third-largest maker of simpler, so-called feature phones popular in Latin America and emerging markets, according to market research firm Strategy Analytics.

TCL has acted as contract manufacturer for earlier BlackBerry devices but now licenses the phone brand and gives the Canadian company a cut of each handset sold.

It also runs the BBM secure-messaging system, which BlackBerry earlier this month said it would make available for software developers to build into their own products.

With an aluminum frame and textured backing, the device sports two cameras - 12 megapixels in the rear and eight in front - and a scratch-resistant 4.5-inch screen display.