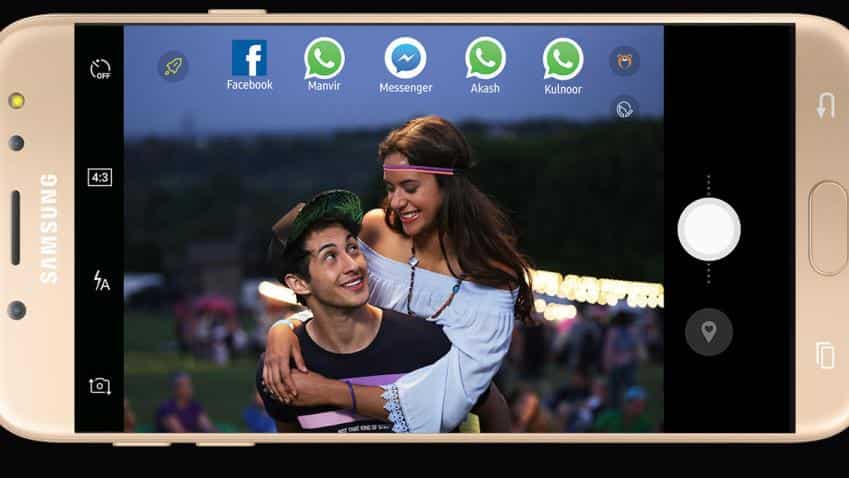 Days after launching its flagship Galaxy Note 8, South Korean tech giant Samsung is gearing up to introduce Galaxy J7+ -- a dual-camera smartphone for the mid-range segment, even as its specifications have been leaked.

The dual camera would be capable of the company`s new "Live Focus" portrait mode, similar to the Galaxy Note 8.

Galaxy J7+ would be the successor to the popular J7 phone and could sport the new "ISOCELL" dual image sensors, Thailand-based website "ThaiMobileCenter" reported.

Samsung Galaxy J7+ is expected to come with specifications such as full-metal body and 5.5-inch full-HD display.

The smartphone could come with an Octa-core 2.4GHz chipset paired with 4GB RAM and 32GB internal storage with microSD support.

It is expected to ship with 3,000 mAh battery and run Android 7.1.1 Nougat OS out of the box with its own Bixby smart assistant on-board.

There would also be a 16MP selfie camera on the front.

However, it is not clear what type of autofocus would the smartphone feature of if optical image stabilisation would be included.

Samsung is expected to launch J7+ smartphone in black, pink, and gold colours.