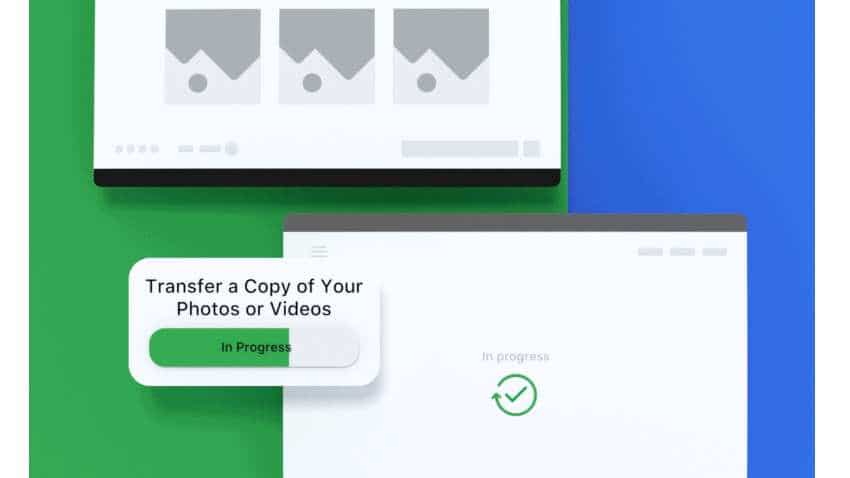 Facebook said in September it supports data portability and is planning to build new tools around it. Source - Facebook/blog.
Written By: ZeeBiz WebTeam
Edited By: Harish Dugh
RELATED NEWS

Social media giant Facebook is set to make it easier to backup your media files. On Monday, the social media network said that it will soon introduce an option to transfer photos and videos from the social media network directly to other services, starting with Google Photos. The new feature has been introduced in Ireland and the global roll-out will happen in the first of 2020 where other countries will get it too, including India. To make the process secure, all data transfers will be encrypted and users will be asked for a password before the transfer is initiated, the company said in a blog post.

Facebook said in September it supports data portability and is planning to build new tools around it. United States Senators Josh Hawley, Mark Warner and Richard Blumenthal introduced a bill in late October that would require communications platforms with more than 100 million monthly active members to allow its users to easily move, or port, their data to another network.

Last week, the platform was hit with a bug when several iPhone users were left shocked as the moment they opened the social networking app, the phone`s camera got automatically turned on in the background. Several users posted that while going through their Facebook feed, they observed the camera running in the background. Facebook Vice President of Integrity Guy Rosen first tweeted that it "sounds like a bug" and the social networking platform was investigating.

"Thanks for flagging this. This sounds like a bug, we are looking into it," tweeted Rosen in reply to a user. Later, Rosen admitted there was indeed a bug. The bug appears to only affect iPhone users running the latest iOS 13 software.

"We recently discovered our iOS app incorrectly launched in landscape. In fixing that last week in v246 (version246), we inadvertently introduced a bug where the app partially navigates to the camera screen when a photo is tapped. We have no evidence of photos/videos uploaded due to this," he tweeted.