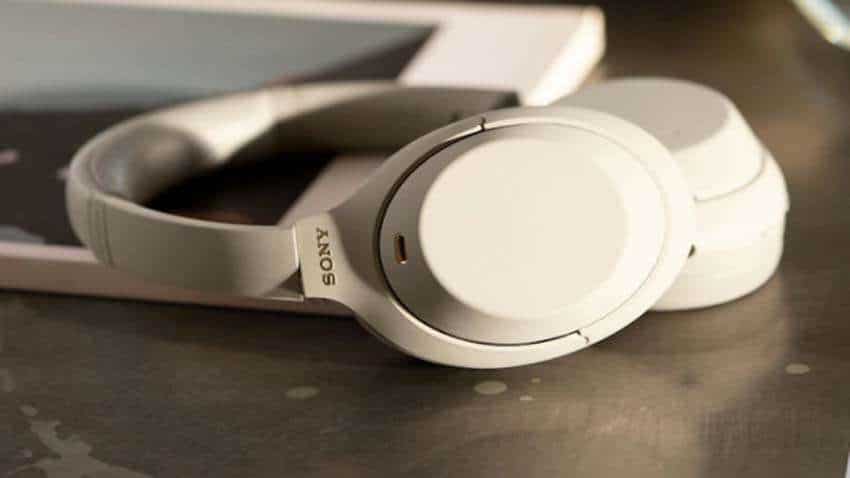 Planning to buy PlayStation 5? Here is why you need to be extra careful

As the competition for headphones get fierce, with Apple now joining the fray with its over-the-ear hearable, Sony has launched updated headphones in India named Sony WH-1000XM4 which are successor to WH-1000XM3. The latest headphones offer exceptionally good noise cancelling to compete against Bose and Sennheiser, while offering good sound quality and an array of premium features.

Priced at Rs 29,990, let us see will this device be able to attract music lovers in the country.

In terms of design, the product scores really good marks, thanks to its simple look. The Sony WH-1000XM4 features a similar design to its predecessor.

There are just two physical buttons on the left side - one for power and the other is a customisable one - and the 3.5mm socket and USB Type-C port are on the left and right respectively.

There's an NFC sensor on the left ear cup, and the gesture-sensitive zone is on the right one.

The head cushion at the top of the product is very comfortable and at the same time, ear padding now has a 10 per cent larger surface area for enhanced contact with the head.

The sales package includes a hard carry case for the headphones, a USB Type-C charging cable, a stereo cable for wired listening, and an airplane adapter.

The Sony WH-1000XM4 uses the same QN1 noise-cancelling processor as the XM3. The headphones use 40mm dynamic drivers.

Although the QN1 noise-cancelling processor has been unchanged from the older model, Sony has stated that improvements in the algorithm have translated to up to 20 per cent better noise-cancelling performance.

The headphones feature two microphones on each earcup, which are used for noise cancelling.

The Dual Noise Sensor technology captures ambient noise and passes the data to the trusted HD Noise Cancelling Processor QN1. Then a new BLUETOOTH Audio SoC (System on Chip) senses and adjusts to music and noise at over 700 times per second

It comes with a speak-to-chat feature that works rather well. Speak-to-Chat automatically stops the music and lets in ambient sound, so you can conduct a conversation handy if you want to keep your headphones on, or your hands are full.

Based on 'Precise Voice Pickup Technology', this smart feature uses five microphones built into your headphones and advanced audio signal processing to recognize and react to your voice.

With the Sony Headphones Connect app, users can access a horde of features such as Adaptive Sound Control, an adjustable EQ, Ambient Sound and ANC customisability, Speak-to-Chat, Custom button function control, and much more.

The headphones are also capable of being paired with different devices at a time. However, turning on a multipoint connection limits you from using Sony's high-quality LDAC codec and only allows you to use the AAC codec.

The headphones support SBC, AAC and LDAC streaming codecs, but not Qualcomm's AptX codec, which is available with certain Android devices but not iOS devices (although Macs do support it).

The headphones pack a powerful battery life with 30 hours of playback on a full charge for a reliable all-day wireless listening experience.

They also support quick-charging function, giving up to five hours of wireless playback from 10 minutes of charging.

The headphones do miss out on an IP rating and aptX, aptX HD or aptX LL support.

Conclusion: Sony WH-1000XM4 is one of the finest headphones currently available. Hwever, these will face stiff competition from Bose as well as Sennheiser over-the-ear hearables.

Planning to buy PlayStation 5? Here is why you need to be extra careful