Sony WF-SP800N truly wireless earbuds review: Sony is set to expand its portfolio with the launch of WF-1000XM3 next week. Till then, the Sony WF-SP800N remain company’s most premium TWS and come with several upgrades on the WF-XB700 including Active Noise Cancellation. So, let’s find out how good they are. 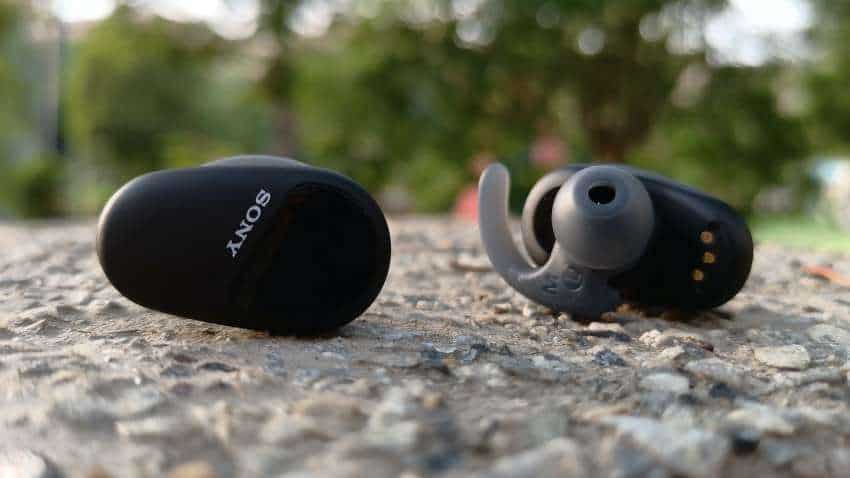 The first thing you will notice is that the earbuds are bigger when compared to other products launched in the segment recently.
Written By: Manas Tiwari
Edited By: Harish Dugh
RELATED NEWS

Sony WF-SP800N truly wireless earbuds review: What if Michael Hussey started his Australia career at the age of 29! He is still referred to as Mr Cricket. That’s exactly the motivation Sony India needs after its later arrival to the TWS segment, at least in India. While Apple and Samsung were leading the way with quality, others like Realme and Noise kept offering value for money products, as Sony kept quiet, till last month when the brand launched not one, but two truly wireless earbuds in India.

The Sony WF-XB700 were aimed at bass lovers and the Sony WF-SP800N cater to athletes and fitness enthusiasts. The first, which we have already reviewed, was a more affordable option positioned in the sub-Rs 10,000 segment. The Sony WF-SP800N, however, is a premium offering which competes against the top-of-the-line models like Apple AirPods Pro, Sennheiser Momentum True Wireless earphones 2 and Samsung Galaxy Buds+.

Sony is set to expand its portfolio with the launch of WF-1000XM3 next week. Till then, the Sony WF-SP800N remain company’s most premium TWS and come with several upgrades on the WF-XB700 including Active Noise Cancellation. So, let’s find out how good they are.

The first thing you will notice is that the earbuds are bigger when compared to other products launched in the segment recently. Keeping the earbuds compact was not Sony’s top priority and it reflects both on the case as well as the buds itself. The reason for this is largely the bigger battery packed inside the buds. 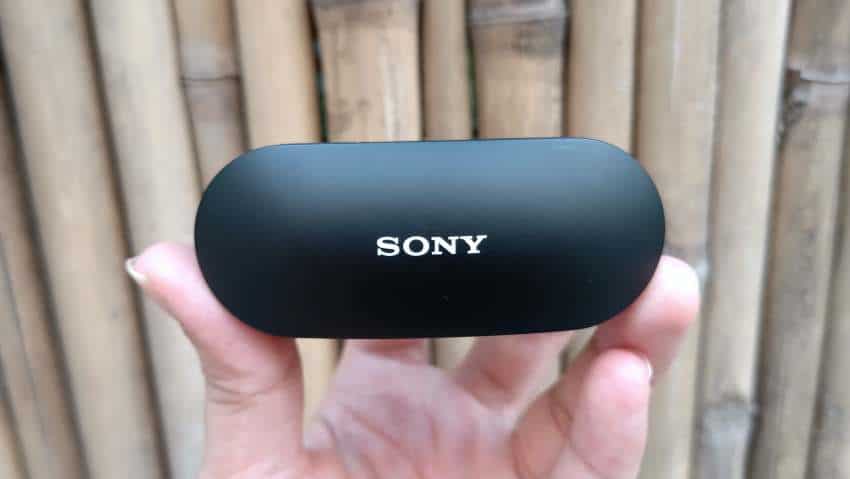 The charging case has a minimalistic design with only Sony branding and Type-C charging port on it. Strangely though, the case comes with a curved bottom which makes it impossible to place it upright. There are lights right under the lid and on top of earbuds which keeps you updated about the charging status of the earbuds. 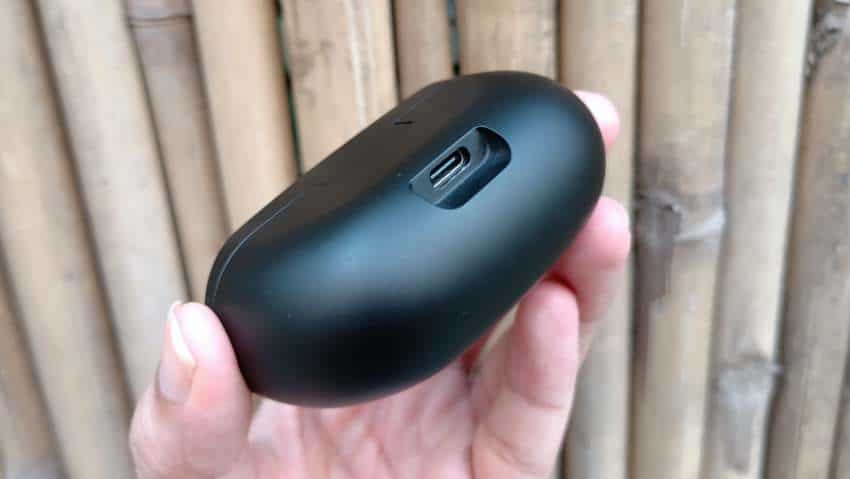 Sony has opted for the in-ear design which I personally prefer over open fit any day. It offers better fit and comfort. You just need to plug the buds and slightly twist to lock them. Inside the retail package, you get four pairs of ear tips, two pairs of ear hooks, and a cable for charging the case.

The earphones are available in three colour variants - Blue, Black and White. We had the black colour variant for review purposes. 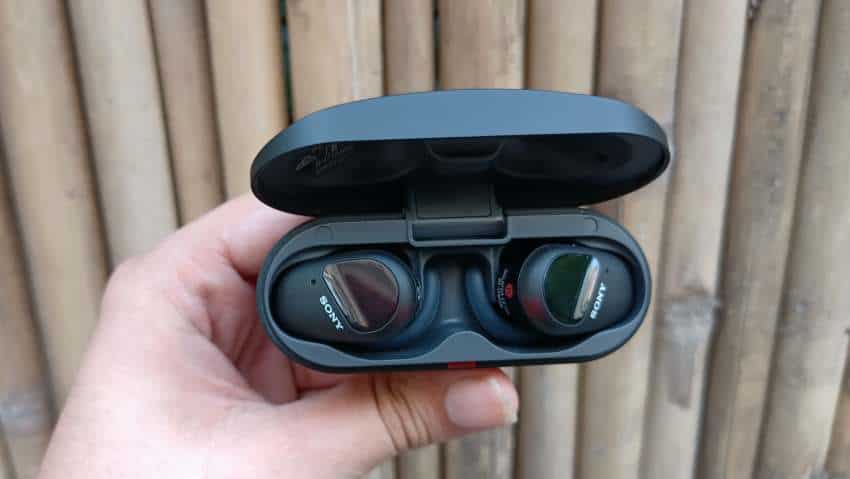 The earbuds come with IP55 rating which makes them dust and water resistant. So, you can sweat it out as much as you want without worrying about the earbuds. However, we have seen a better IP57 rating on the Jabra Elite Active 75t.

The push buttons on the on the WF-XB700 have been replaced by the touch controls on the Sony WF-SP800N. The buttons are very sensitive and respond to even slightest of touches. This leads to unwanted commands on several occasions. The good thing is that there is support for Sony Headphones Connect App which allows you to customise the controls. You can map for music playback, call pickup or to use voice assistants.

The let-down is that you can only select one set of actions for each bud. So, I had to sacrifice on voice assistant while using the left bud for calling and right for music controls. 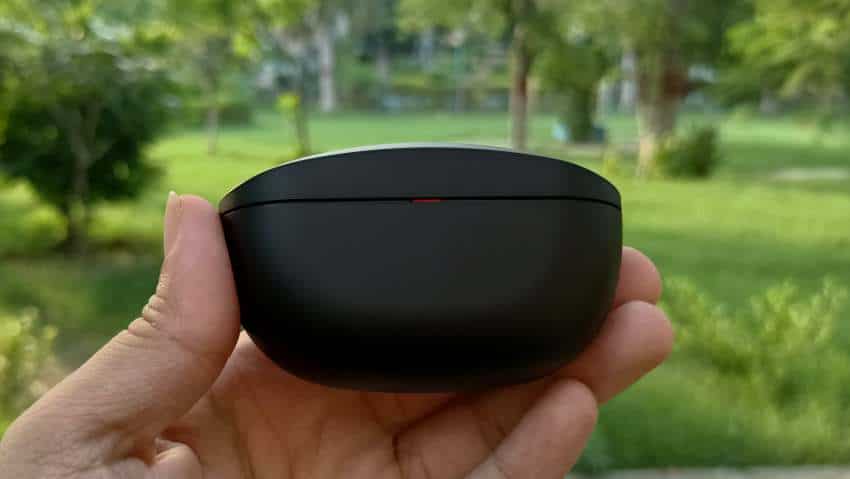 The app also lets you see the battery levels of each earphone and the case.

At the same time, you can use it to configure the adaptive sound control mode, which detects your surroundings based on your actions and adjusts noise cancellation accordingly.

The Sony WF-SP800N truly wireless earbuds support the SBC and AAC Bluetooth codecs. There is still no support for aptX or LDAC Bluetooth codecs which might turn off some audiophiles. As mentioned above, the earbuds support active noise cancellation as well as an ambient sound mode. Another upgrade comes in form of wear detection because of which the buds can automatically play or pause music when they are inserted or removed. 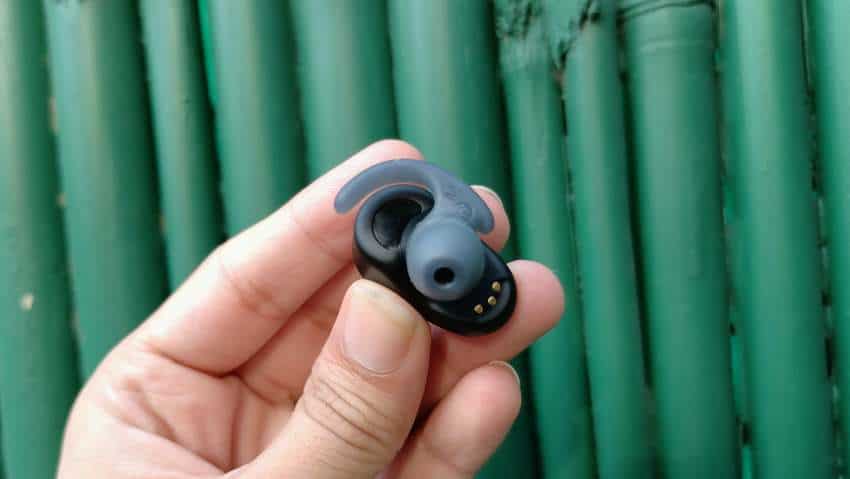 The audio on the WF-SP800N was excellent. Even though the buds are not part of company’s extra bass range, they manage to deliver punchy output, while doing justice to instruments and vocals.

I used the Sony WF-SP800N with my Android smartphone to play music through Spotify or watch regular stuff on YouTube. The ‘Dil Bechara’ album sounded pleasant ‘Maskhari’ being the standout song. Nucleya’s ‘Dhoop’ was equally impressive and the beats are likely to make anyone groove. 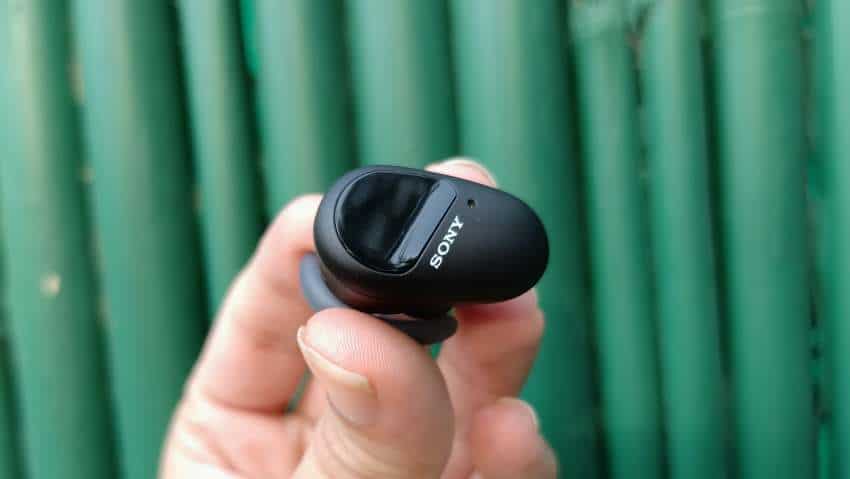 I also watched a few episodes of ‘Wake up with Pant’ which is streamed live on YouTube so audio is quite raw yet the conversations sounded clear and there was hardly any distortion.

One of the advantages of working from home is that I haven’t heard the honking of horns on the streets, unwanted chatter in office floor or annoying grunts while working out. The problem is, it’s difficult to test the noise cancelling abilities of any audio device at home. From the time I spent with the Sony WF-SP800N, the ANC seemed decent. It cleared most household noises. Also, one of my neighbours had some renovation work going on recently, the sounds of which were pretty much filtered by the earbuds. 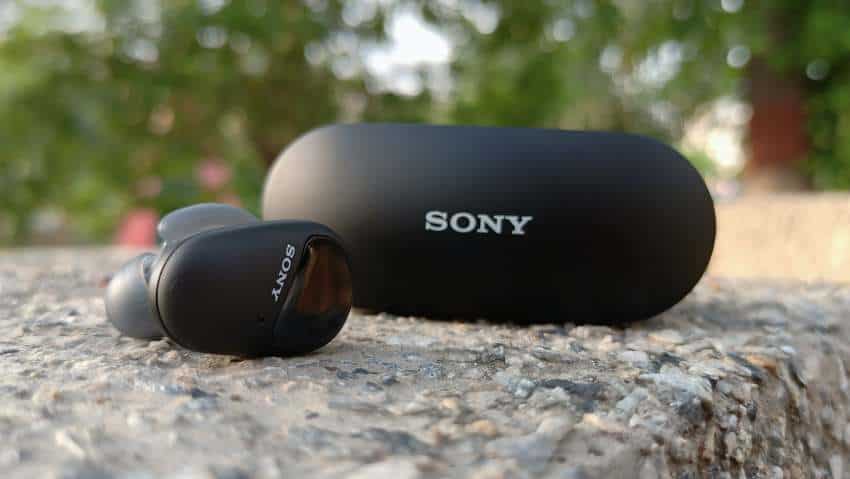 There were hardly any issues with the voice calls, except the fact that the microphone tends to catch a lot of background noise. There were times when I probably closed a door or served food while on a call, and got complaints from people on the other end. The solution for that is to reduce the call volume from your phone.

Sony has done a good job to ensure that you don’t have to charge these buds too frequently. The earbuds have a battery life of 9 hours while the charging case offers the same additional battery. You can get what’s being promised here.

The Sony WF-SP800N truly wireless earbuds might not be an out and out winner but they get almost everything right you would looking for in a sports buds. They come with a very comfortable and secure fit, provide protection against water and dust, have great battery life and sound awesome too.

Yet, not everyone is willing to spend Rs 18,990 on a pair of earbuds, at least as of now. So, if your budget is lesser, you can check out the Samsung Galaxy Buds+ or Jabra Elite Active 65t, both of which are priced lesser. But, if you have money and are looking for a gym companion, the Sony WF-SP800N will help you cancel the unwanted chatter and annoying grunts.