Sony WF-1000XM3 review: Priced at Rs 19,990 (initially available for Rs 17,990), the earbuds come with Sony’s HD Noise Cancelling Processor - QN1e, which claims to offer an improved audio experience. They boast of 24 hours of total battery life, touch controls and wear detection technology, among other features. Why exactly should you spend on the Sony WF-1000XM3? Let’s find out in our review. 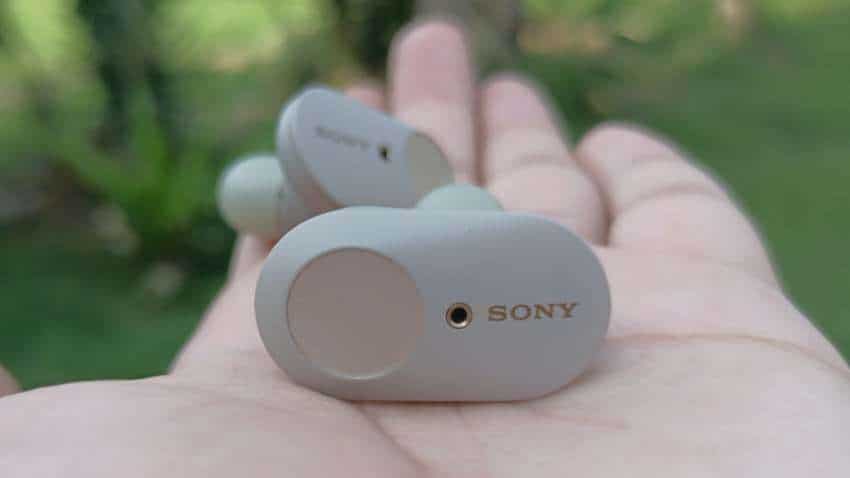 Sony has used a combination of beige and gold on the case with a red LED light shining underneath the lid.
Written By: Manas Tiwari
Edited By: Harish Dugh
RELATED NEWS

Sony WF-1000XM3 review: Sony has entered the TWS segment and how! The Japanese audio company had launched two really impressive truly wireless earbuds in WF-XB700 and WF-SP800N recently. Both these models more or less justify their respective price tags but left scope for a more premium offering, which the company has finally delivered with the launch of Sony WF-1000XM3 true wireless earphones – one of the few to come with Active Noise Cancellation in India – a feature missing on Apple AirPods Pro, Samsung Galaxy Buds+ and several other premium TWS.

Priced at Rs 19,990 (initially available for Rs 17,990), the earbuds come with Sony’s HD Noise Cancelling Processor - QN1e, which claims to offer an improved audio experience. They boast of 24 hours of total battery life, touch controls and wear detection technology, among other features. Why exactly should you spend on the Sony WF-1000XM3? Let’s find out in our review.

The Sony WF-1000XM3 comes with improved packaging - better than what I had seen on the previous two TWS from the company. You get six pairs of ear tips nicely placed inside the box alongside a type-C USB charging cable and user manual. The charging case and earbuds are placed separately inside the retail box. 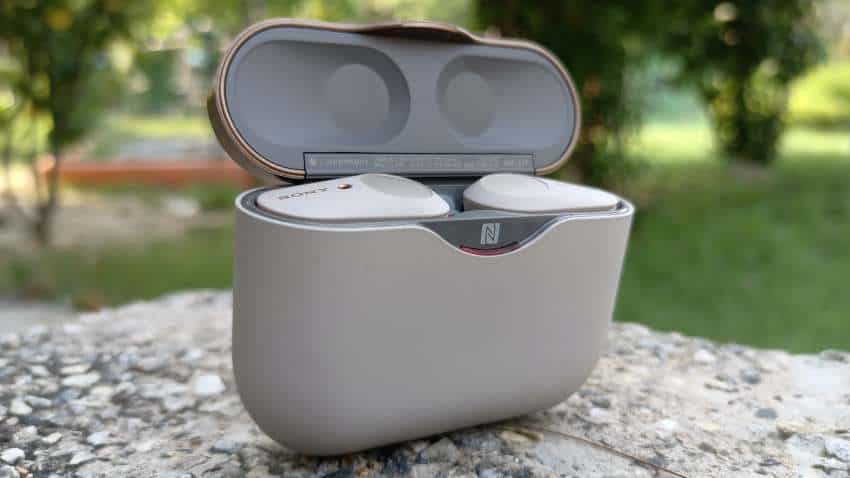 You can pair the Sony true wireless earbuds via NFC or the traditional Bluetooth pairing method. The first is again what gives the Sony WF-1000XM3 an edge over its competitors. Both the modes work perfectly fine.

To get the Sony WF-1000XM started, you need to place the buds inside the case and take them out to put the unit in pairing mode. They come with Bluetooth 5.0 and have a decent range. I could only feel the disturbance after 12 to 15 metres of distance between the phone and the buds. The only limitation is that you can connect the TWS to only one device at a time. 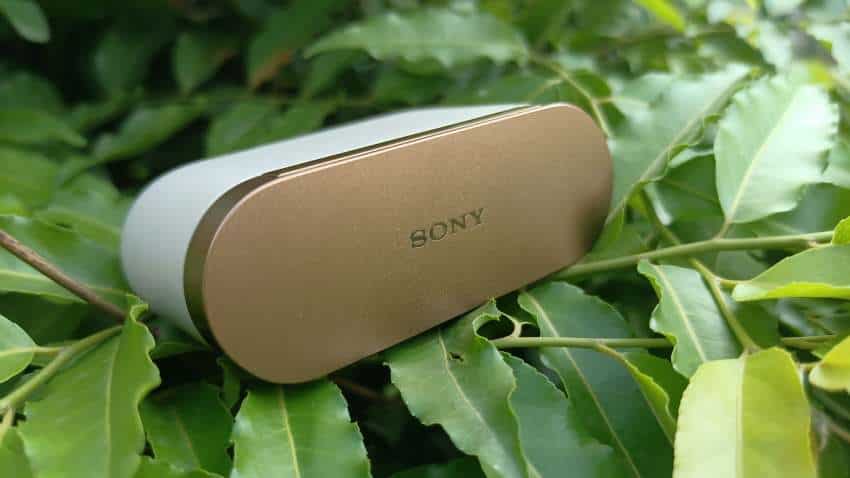 Like most premium offerings from Sony, this one too works the best with its Headphones connect app, which is available for both Android and iOS platforms. The app gives you the comfort of adjusting the EQ, customise touch controls or activate adaptive sound control. The last This automatically modifies ambient sound settings to your environment.

Is it mandatory to use the app? Absolutely not. The earbuds work well without it, just that your options will be limited.

The Sony WF-1000XM3 shouts premium from every corner. Everything from the charging case, the colour combination, the material used and the design of buds, all of it just adds to the sophisticated look of the product. The charging case is slightly big and bulky but has a nice touch to it. 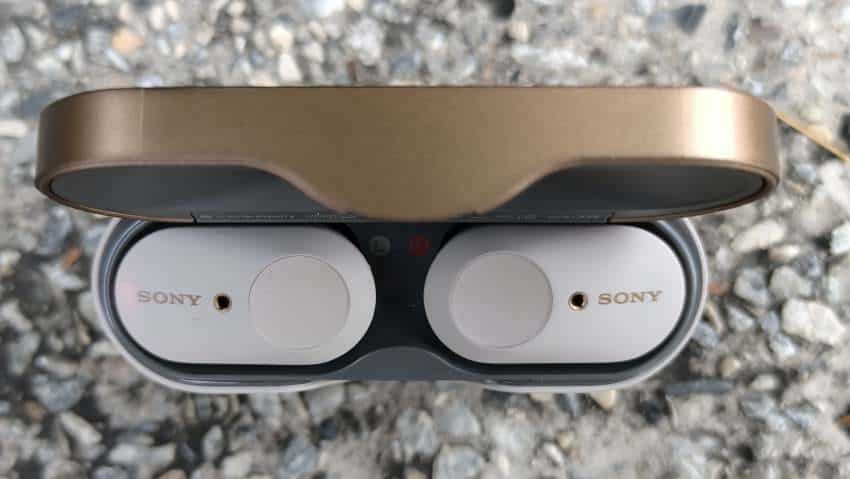 Sony has used a combination of beige and gold on the case with a red LED light shining underneath the lid. The case holds the buds well and while they are easy to get in and out, the chances of falling are very less. There is nothing outrageous about the case, with only a type-C charging port at the bottom and Sony branding on top.

For some reason, Sony has been using rounded bottom on its charging cases which makes it really difficult to position it upright. This is one area where it can work on, going ahead.

The earbuds continue to sport a three tier-design which had been seen on the WF-XB700 and WF-SP800N, yet they are the most compact of the three. The top two parts house the battery and drivers, followed by the eartips. It’s TWS like the Sony WF-1000XM3 that make me pity those open-fit buds, initially made popular by Apple and then blatantly copied by others. Unfortunately, those can never match the comfort of in-ear earbuds. The Sony WF-1000XM3 are by far the most comfortable pair of earbuds I have used, with the Samsung Galaxy Buds+ coming the closest. You just need to twist the buds slightly to lock them. I used these while cycling and during workout sessions and the fit is absolutely perfect. In case there is any issue, you have the option of changing the eartips.

Talking about workout , you can only use these for mild sessions as there is zero sweat-resistance. This means there is a high chance of malfunction and if you are looking for a gym companion, better opt for something else. Both the earbuds have golden touch pads that differentiate them from the rest of the body. By default, double-tapping the left earbud alternates between noise cancelling and ambient sound modes, while double-tapping the right earbud skips tracks. As mentioned before, these can be remapped from the app. The touch controls are highly sensitive and respond to even slightest of touches. So, I ended up giving a lot of unwanted commands, at least for the first few days.

Under the hood, the Sony WF-1000XM3 features the ANC processor - QN1e which facilitates 24-bit audio signal processing while acting as a DAC. You get support for AAC and SBC codecs but not for Sony’s own LDAC nor any of the aptX codecs. 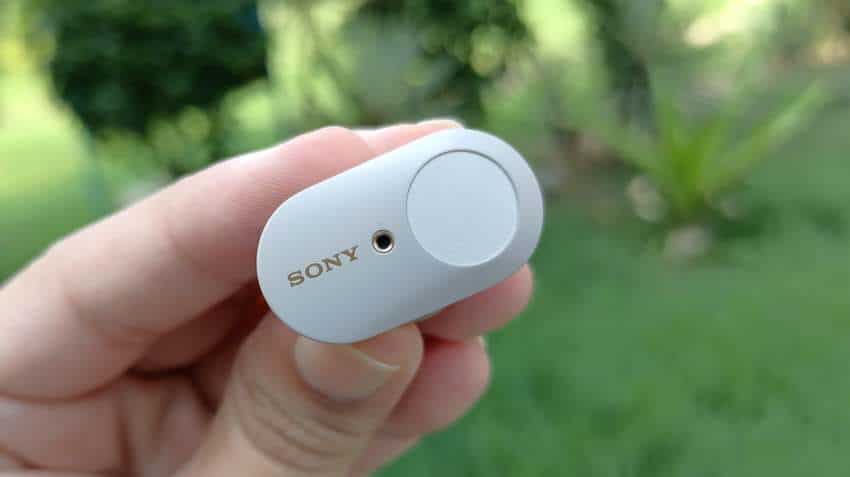 There is also a dual-microphone array to combat external noise. The mics are present on either side of the buds to catch more of the ambient sounds. Apart from the touch controls, you can also activate Google Assistant by saying, “Ok Google.”

Ankur Tiwari’s ‘Dhuaan Dhuaan’ where vocals dominate the instruments was a pure bliss. Every instrument can be clearly heard in the background and the vocals were clear too. At the same time, no compromise has been made with the bass. This shows in songs like ‘Bruk It Down’ by KSHMR, Sak Noel, TxTHEWay.

In Nucleya and Vibha Saraf’s ‘Tota’, vocals remain clear throughout song even though most part of the song features heavy beats. The equalizer also comes to its own in songs like this as shifting to ‘Bass Boost’ took the vibes to next level.

I also used the earbuds to listen to several episodes of different podcasts like ‘Wake Up with Pant’, '44TWO' and '22 Yarns' – the conversations were largely clear. 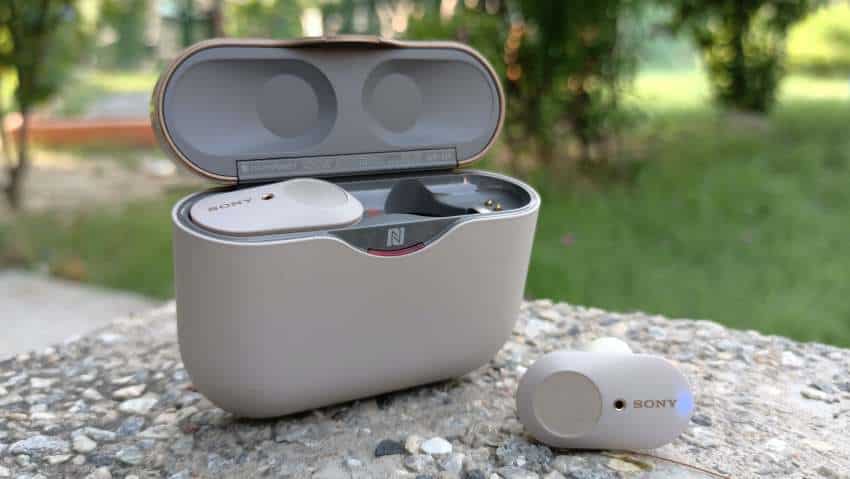 One area where the Sony WF-1000XM3 failed to impress me is calling. The earbuds turned out to be just fine with frequent complaints from callers on the other end. In some cases, I wasn’t audible to them and in other, the voice was simply cracking. Hopefully, Sony sends out a software update and fixes this soon.

I like the fact that company also brought its Quick Attention feature to the buds – usually found on its over-ear noise-cancelling headphones. For those unaware, the feature allows you to place your hand over earcups which reduces the music volume so that you can talk to someone. On the earbuds, you need to press and hold the touch pad. It is quick effective and a welcome move. 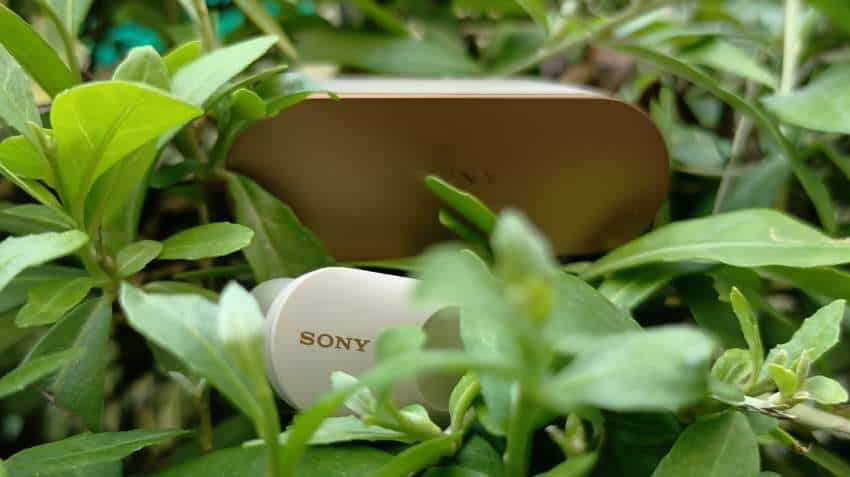 Then, there is also Type USB-C charging, with a quick-charge feature which gives you 90 minutes of battery life with 10 minutes of charging. I mostly used the buds with noise cancelling, getting around five hours of constant playback. With no travel happening, there was hardly any need for quick charge.

The Sony WF-1000XM3 are one of the best earbuds to have launched in 2020, if not the best. They come in a unique form factor, have excellent noise cancellation capability and great audio output. They have a really premium feel to them, offer impressive battery life (both on buds as well as case), come with advanced features such as adaptive sound control and Quick Attention Mode. The best part though is that these are a highly comfortable pair of earbuds. 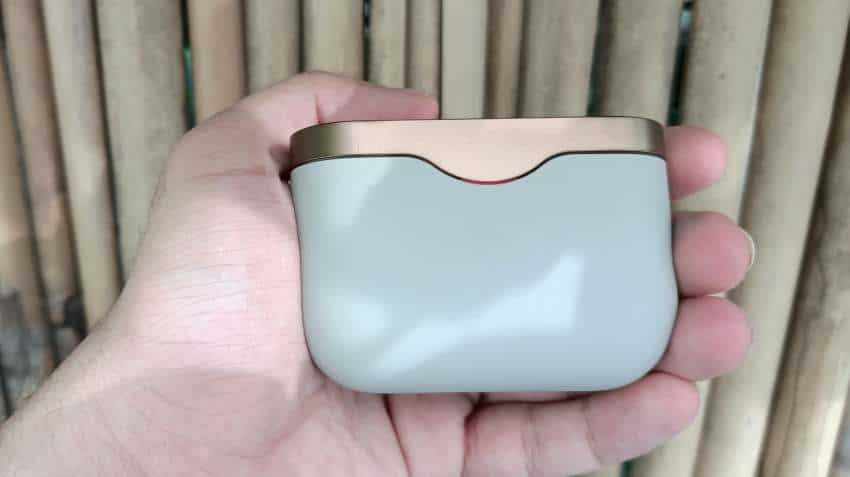 The Sony WF-1000XM3 earbuds ave also been priced smartly, making them about Rs 7,000 cheaper (introductory price) than Apple AirPods. So, if you are looking for a top-end pair of earbuds, the Sony WF-1000XM3 ticks all boxes.

Sony WF-1000XM3 review: What Could be Better

First of all, you don’t get any protection against sweat and water, which somewhat limits use. Ideally, a user would want to take the same pair to the gym but here you have a high chance of damaging the product. The other thing is that despite all that premium feel and look, the earbuds are big and almost the entire body stays out of your ears. Lastly, the call quality can improve.