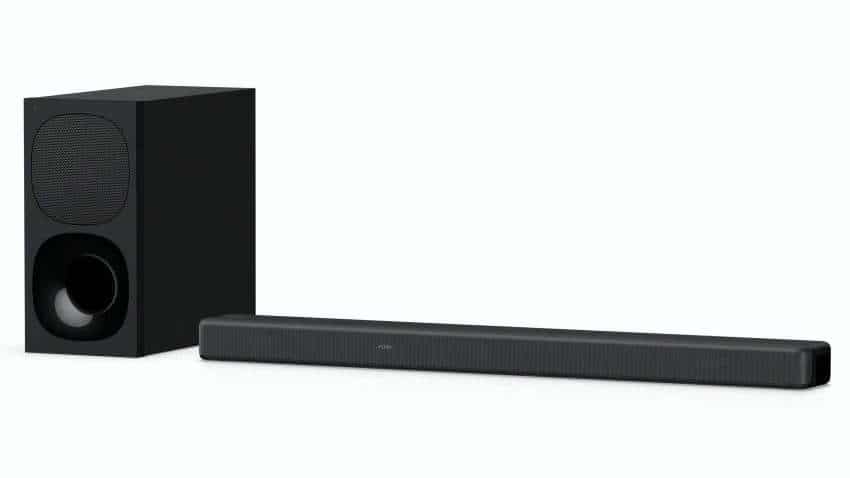 The main unit of Sony HT-G700 is tall and will require decent space to fit in.
Written By: Manas Tiwari
Edited By: Harish Dugh
RELATED NEWS

Sony to launch vlogging camera in India on July 24: Here is what we know

Sony HT-G700 wireless soundbar review: The last movie I watched in a theatre was Anubhav Sinha’s ‘Thappad’ in first week of March. Since then, it’s been five months of home entertainment, thanks to the OTT platforms. My little birds say that Christopher Nolan’s ‘Tenet’ could soon hit the big screens, possibly late August. But, otherwise a combination of good television set and more importantly, a soundbar is the closest you can get to theatre-like experience.

To ensure that you continue to stream content at home with better audio, Sony has launched its new soundbar – the Sony HT-G700 – a 3.1-channel soundbar, which comes with a wireless sub-woofer but no additional rears.

Priced at Rs 39,990, the Sony HT-G700 wireless soundbar comes with Dolby Atmos audio, several connectivity options and a power output of 400W. Thankfully, I was able to setup the soundbar just in time for the last weekend and it’s time to find out how good is the Sony HT-G700.

Inside the box, you get the HT-G700 soundbar, a wireless subwoofer, a remote control (with batteries), HDMI cable, quick setup guide, and instruction manual. The first thing I noticed was that there is no Aux cable, which also means that there is no 3.5mm jack on the device. Sony tells it was ditched as output is much better through the HDMI cable. 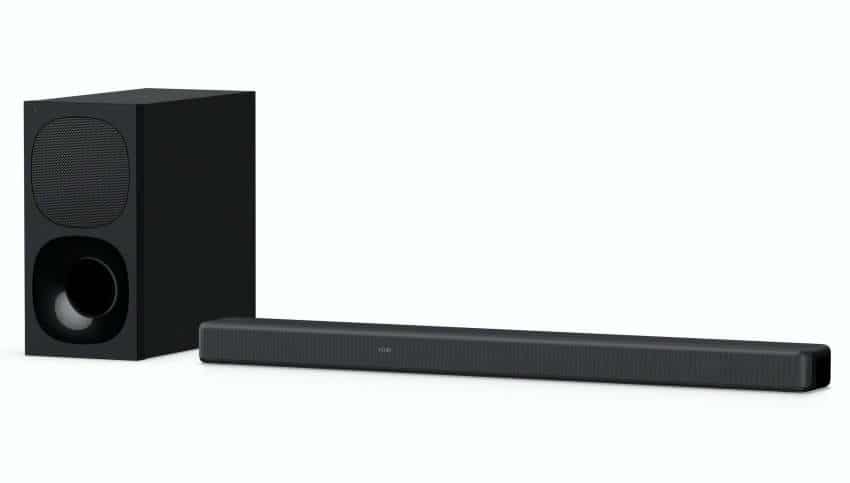 The installation process is quite easy and you can setup the device on your own. Both the soundbar and sub-woofer are to be connected to separate power sources. The main unit can be connected to the TV through Bluetooth, HDMI or optical audio cable. The last you need to purchase separately.

The main unit of Sony HT-G700 is tall and will require decent space to fit in. The sub is also quite big. Both the units have black coating on them and blend well with the surroundings. 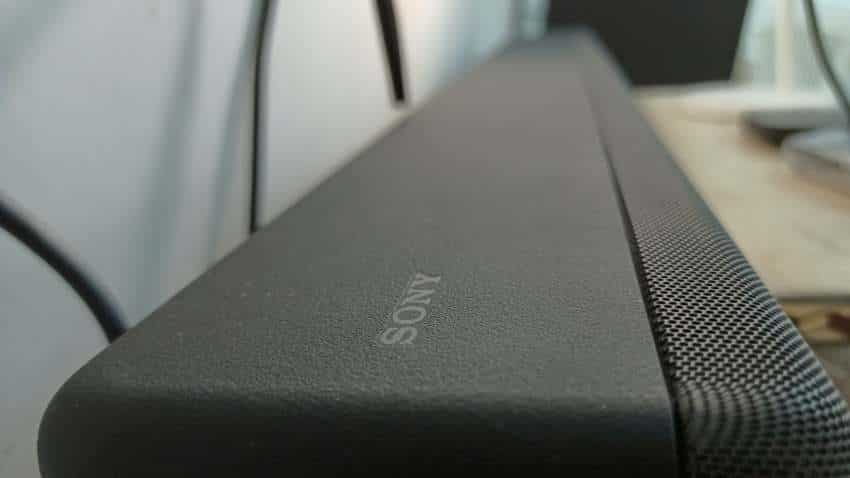 The soundbar sports a minimalist design with top-mounted controls for power, volume and input mode. On the front, you get a blue LED display which shows the input mode, volume levels and other information. The connectivity ports are the back. These include an HDMI in, a separate HDMI ARC/eARC output, digital optical, and USB.

The catch here is that your television should also have an HDMI port that supports ARC to establish the connection. Otherwise, you will have to separately buy an optical cable. The additional HDMI port is highly useful as well if you want to connect a Blu-ray player. You can also connect your phone, laptop or any other device through Bluetooth. 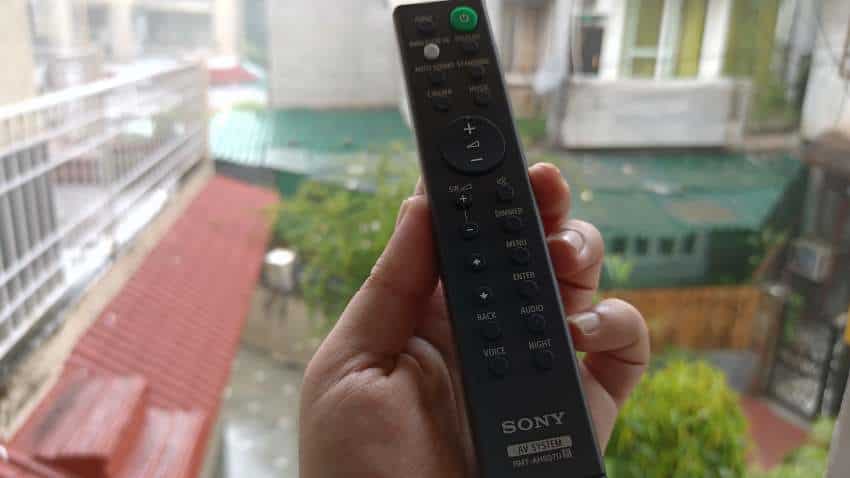 The remote control has dedicated buttons for almost everything you want to do. There are separate buttons for each sound mode - cinema, music, voice and night and you can also opt for Immersive AE which creates a 7.2 channel audio experience.

One feature I was looking forward to was HT-G700’s ability to create the vertical audio experience. While I wasn’t fully convinced with the output, there were times when you get actually feel the sound was coming from above. Yet, This features needs some polishing and better consistency. 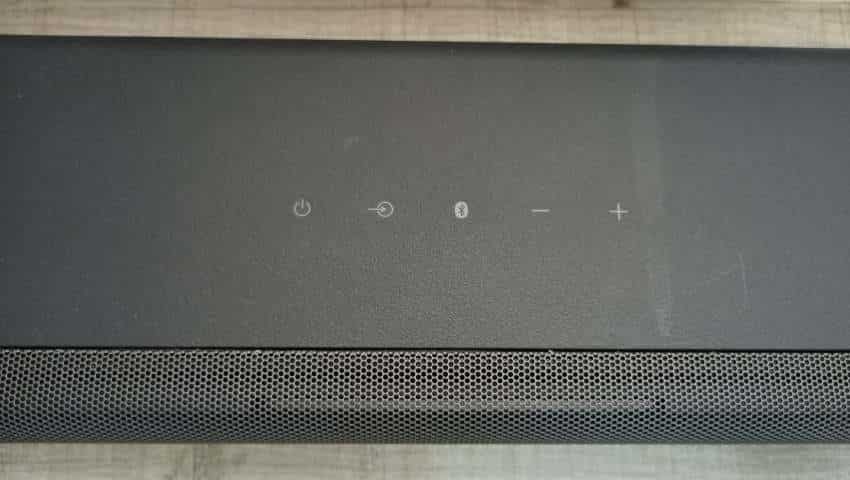 I largely used the HT-G700 to play music through my smartphone or stream movies via TV. The ‘Train Song’ from Gully Boy was a mood lifter while Nucleya’s ‘Dhoop’ had the floor vibrating. The subwoofer really came to its own on the second and made the difference. The audio clarity was excellent for most part but started to distort a bit post 80 per cent levels.

I also streamed ‘Dil Bechara’ and ‘The Old Guard’ using the Sony HT-G700 and the only noticeable audio issue was when the on-screen characters start to whisper or speak in a really low voice. That’s when it was difficult to understand the dialogues. Otherwise, the sound was near-perfect.

Dil Bechara’s soundtrack was soothing and all the action sequences in The Old Guard sounded amazing too. 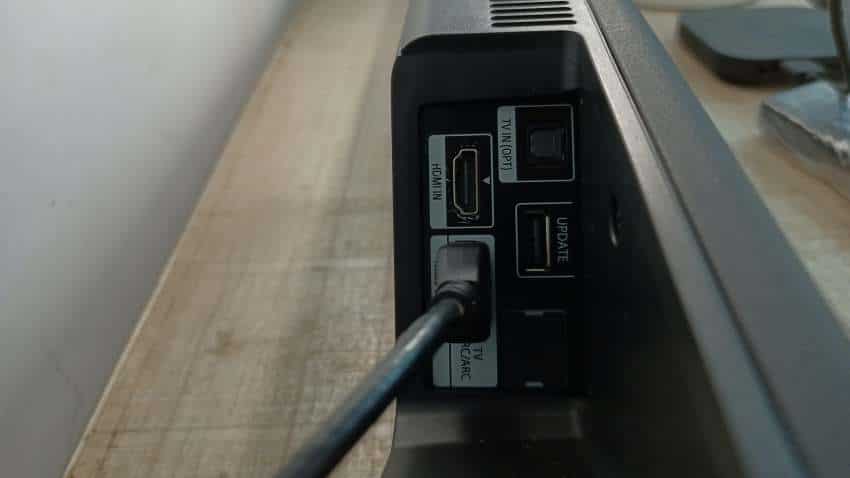 While watching the final day premier league game between Manchester United and Leicester City, at one point things became really annoying as the ‘artificial’ fan noise made it completely impossible to listen to commentary. That’s where the sound modes came to the rescue. Surprisingly, the Music mode filtered the crowd noise better than any other, making an instant difference.

Then, there is also the Immersive AE mode, which understands the audio track and its contents, and ‘upscales’ the sound. Basically, it finds a balance between the beats and vocals.

Given that we are unlikely to have theatrical releases soon, at least in Indian cinema, it makes a lot of sense to buy a top-quality soundbar. The Sony HT-G700, at Rs 39,990, is not the cheapest option out there and price is probably the only thing you may want to consider before breaking the bank.

Otherwise, the Sony HT-G700 wireless soundbar is easy to install, delivers excellent audio quality and has enough features to offer you a personalised experience. All you need is a bowl of popcorn!

Sony to launch vlogging camera in India on July 24: Here is what we know