Smartphone prices in India can be revised upward soon and you could be forced to shell out more from April 1, with new GST rates coming into effect. 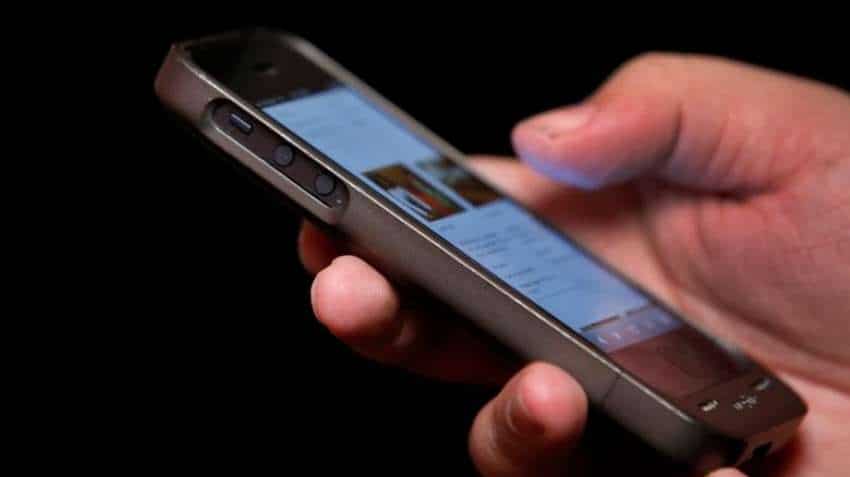 The Council corrected the inverted duty structure that was being faced by the industry. Source - Reuters.
Written By: Manas Tiwari
Edited By: Harish Dugh
RELATED NEWS

Smartphone prices in India can be revised upward soon and you could be forced to shell out more from April 1, with new GST rates coming into effect. The GST (Goods and Services Tax) Council earlier this month had decided to increase the levy of tax on mobile phones and specific parts from 12 per cent to 18 per cent. The Council corrected the inverted duty structure that was being faced by the industry. It has also rationalised the GST rates on handmade and machine-made matchsticks to 12 percent and slashed GST rate on Maintenance, Repair and Overhaul (MRO) services of aircraft from 18 percent to 5 percent.

The smartphone industry has been struggling with the depreciating rupee value and the global coronavirus outbreak because of which the supply chains have been hit.

‘’Xiaomi and entire smartphone industry has been committed to honourable Prime Minister's flagship "Make In India" initiative. But recommendation by the GST Council to raise the GST rate on Mobile Phones from 12% to 18% will seriously harm the entire industry,” Manu Jain, Global Vice President, Xiaomi and Managing Director, Xiaomi India said.

He added that all smartphone makers will be forced to increase prices. Jain believes that this can weaken the demand and mobile industry's Make in India program and have long lasting impact on internet penetration and digital India program as majority of Indians access internet on smartphones.

“We request Honourable Prime Minister and Finance Minister to reconsider this. At least for people who cannot afford to buy expensive phones. We suggest that GST on all phones under ₹15,000 should be brought back to 12% (similar to differential GST structure for TVs smaller than 32"). We once again request the government to reconsider this to avoid crumbling of the industry,” Jain said.

The latest rate hike will not only increase the smartphone prices but can also lead to higher incidences of duty evasion by unethical market participants, believes Dinesh Sharma, Mobile Business Head, ASUS India.

"Smartphones are a key necessity and a very low margin, high volume, highly competitive business. The incidence of tax will directly have to be passed on to consumers. Higher taxes, coupled with rupee depreciation and higher input costs due to the impact of COVID-19, will lead to a significant escalation in prices and will affect demand negatively. Higher taxes on mobile phones and smartphones in the past have also resulted in higher incidences of duty evasion by unethical market participants, and have led to legitimate revenue loss for the government,” Sharma said.

He added that it also increases the chances of export of stocks meant for local markets due to higher import duty credit available to traders which could result in revenue loss for the government due to GST redemption provided to the exporters.

“12% GST was very close to the earlier average VAT on smartphones and mobile phones. Hence, it was a price neutral transition to GST. With 18% GST, the tax on mobiles / smartphones is now a higher historical tax that will have the above highlighted negative implications,” he said.