Samsung, the world's top smartphone maker, saw its January-June mobile profit jump 49% from a year earlier, thanks to robust sales of its flagship Galaxy S7 devices. 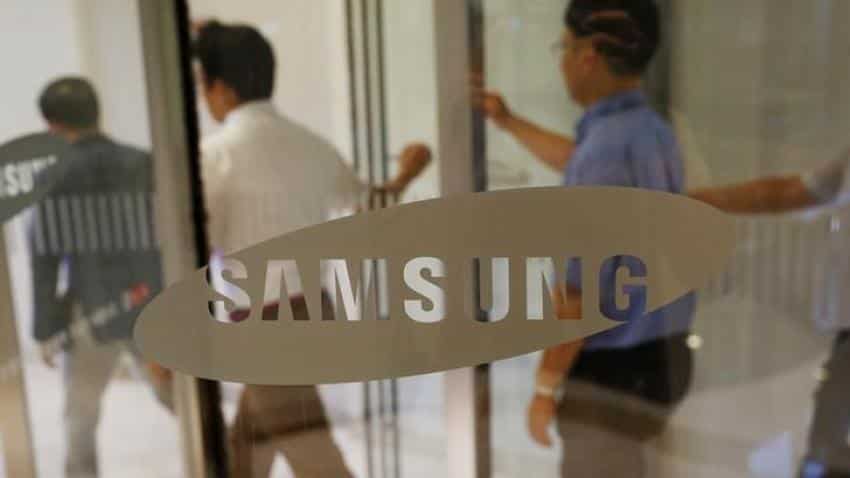 The logo of Samsung Electronics is seen at its headquarters in Seoul. Photo: Reuters
Written By: ZeeBiz WebTeam
RELATED NEWS

Samsung Electronics Co Ltd on Wednesday unveiled a new Galaxy Note smartphone with a curved screen and iris-recognition technology, seeking to build on the sales momentum that has helped it roar back to surging profit growth.

Samsung, the world's top smartphone maker, saw its January-June mobile profit jump 49% from a year earlier, thanks to robust sales of its flagship Galaxy S7 devices as well as a line-up overhaul that ditched unpopular models for fewer but more attractive new mid-to-low tier products.

The South Korean firm is betting the new big-screen device - the Galaxy Note 7 - will help sustain its mobile business revival through the second half, though new launches from rivals like Apple Inc will likely steal some of the thunder.

Samsung is using a 5.7-inch, curved screen display for the Galaxy Note 7. The new device employs a similar design to the Galaxy S series, but offers a larger screen and functions involving a pen accessory.

Grip on the device was also improved to make it easier to be used with one hand.

The firm didn`t disclose pricing, but said sales will begin in a first group of markets on Aug. 19 without saying exactly where.

The new smartphone is a successor to last year`s flat-screen Galaxy Note 5, but the firm opted to skip a digit and give it the number 7 to make numbering consistent with the latest version of the Galaxy S which began selling in March.

Researcher Strategy Analytics said the curved-screen Galaxy S7 edge was the world`s best-selling Android smartphone during the first half of this year. Samsung hopes the new curved-screen Note phone will enjoy a similar appeal.

The Note 7 also features an iris scanner, allowing users to unlock the device through the recognition of their eyes - the first such application for a Samsung smartphone. The firm earlier this year announced a tablet device with the feature for India.

The Galaxy Note 7 will also be compatible with Samsung Pay, a mobile payments service that competes with Apple Pay, among others, which Samsung hopes will help boost margins for its devices and set its products apart from other Android phones.